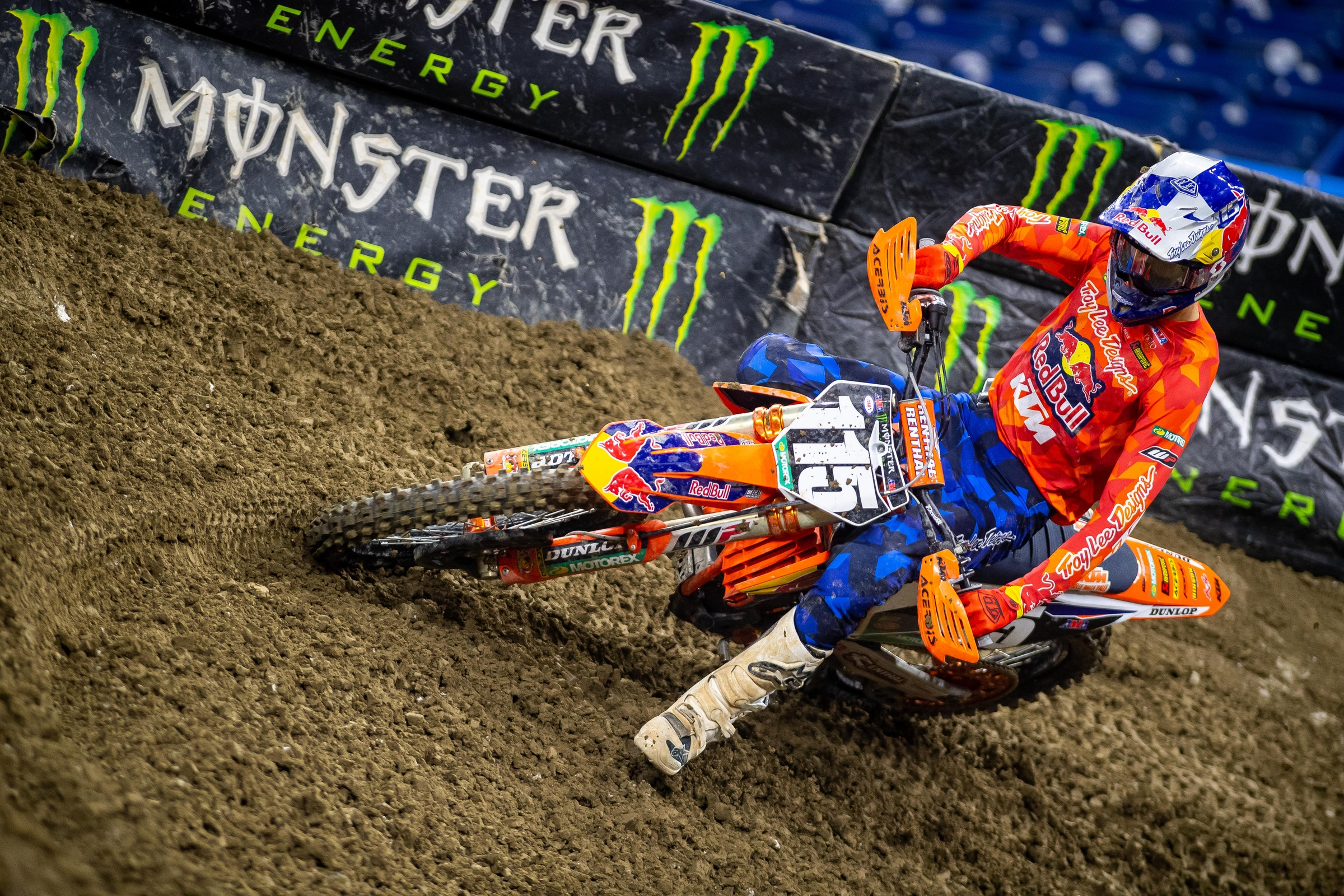 The gate is set to drop on the fifth round of the 2021 season of Monster Energy AMA Supercross on Tuesday night. Check out this report for a list of who will miss the action due to injury.

Comment: Anstie hasn’t raced in 2021 due to a back injury sustained shortly before the season opener. He’s back on the bike and there’s a chance he’ll be able to race Indy 3, depending on how he feels. If that doesn’t happen, expect him to line up in Orlando.

Vince Friese – BANGED UP | IN

Comment: Friese unfortunately found himself landing off the track after becoming separated from his motorcycle in midair over a tricky double. He’s in for Indy 2.

Comment: McElrath is set to return in Orlando after injuring his shoulder before the season.

Comment: Ray crashed hard in his heat race when he landed on Vince Friese’s bike. He’s banged up and has a sore wrist, but will race on Tuesday night.

Comment: Sexton is aiming to return to racing at Indy 3 after taking a hard digger and badly straining his shoulder at Houston 2.

Comment: Wilson hit neutral on a jump while practicing last week and broke his big toe. He tried to give it a go on Saturday night but it just didn’t work out. At time of posting we didn’t have a word on a possible return date, but he’s out for Tuesday.

Comment: Forkner sustained a broken collarbone when he crashed in practice at Houston 2. He’s since had it plated and is on the mend. He’s out his week, but depending on his pain tolerance, there’s a chance he might be able to race in Orlando.

Comment: Hampshire crashed during practice at Houston 3 and sustained a dislocated right wrist, a chipped left ulna (forearm) bone, and a fractured metacarpal in his left hand. An exact return date is yet to be decided, but he’s out for Indy 2.

Comment: Vohland crashed in the whoops during qualifying at Indy 1 and sustained a dislocated hip. His dad, Tallon, told us Max is “doing really well,” and they’ll discuss a return date with the team to determine what’s best for Vohland’s future. But for now, he’s out.

Comment: Woodcock was taken out of the stadium on the Alpinestars Medical Mule after sustaining injury at Houston 3. He would later find himself in the hospital and ended up in the hospital with a broken back and numbness in his legs. He’s back walking, but is out for the season.

Comment: Cooper crashed while practicing and suffered a broken bone in his foot. He expects to be ready for the first round of the 250SX Rest Region.