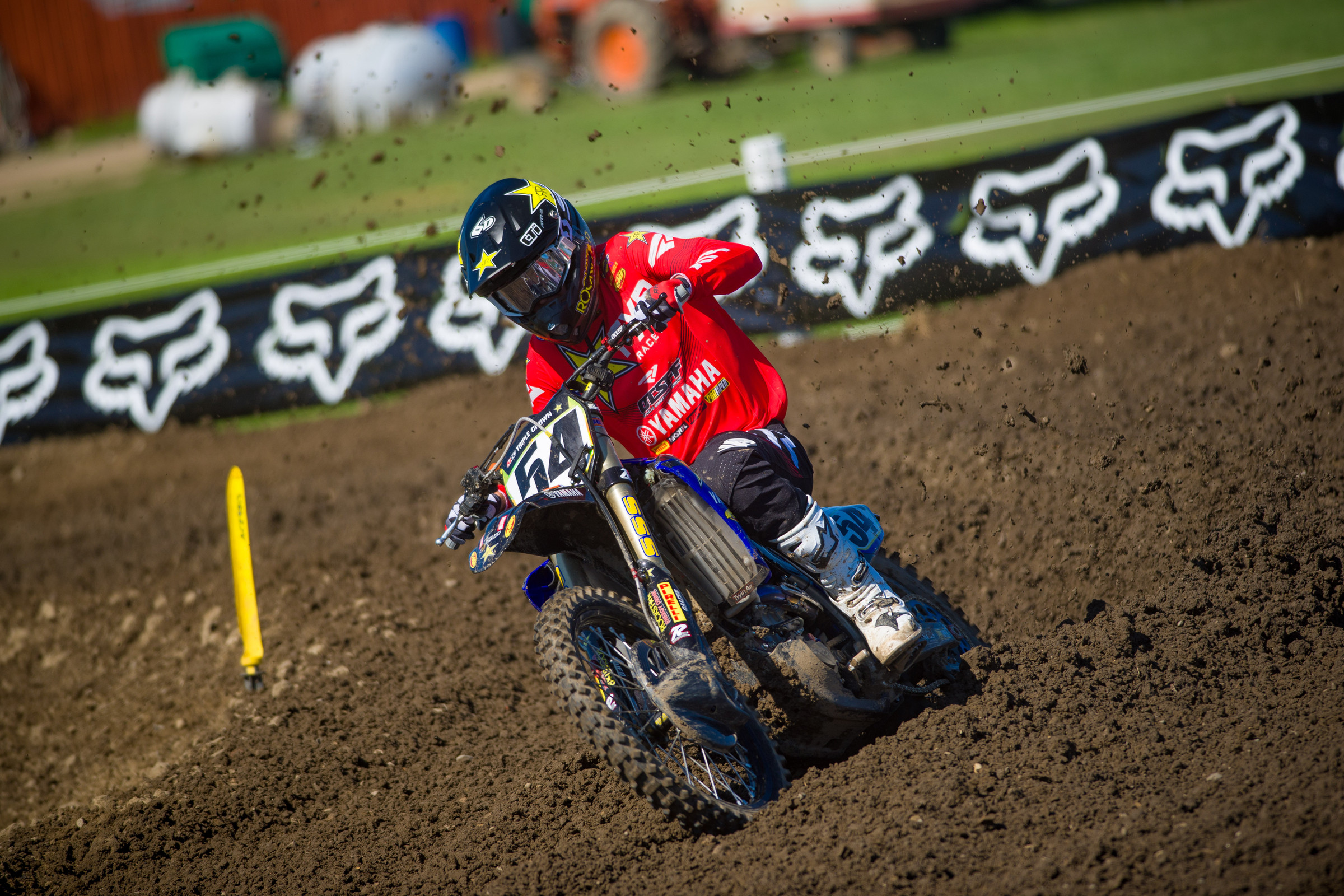 Look, 2020 was not a good year. The world is trying to figure out what exactly is going on. Many people are balancing the emotions of feeling scared or angry. We need someone to bring peace, calmness and good vibes to our lives. Someone to cheer us up. Someone to find the positive. So, Racer X Online is proud to present a new Friday column from everyone’s favorite lovable grump, “Filthy” Phil Nicoletti. Phil will be here to answer your questions every week, spreading good cheer and absolutely, positively unPhiltered advice. Get ready to make Phil a part of your solution to every problem. It’s UnPhiltered Fridays right here at Racer X!

You might remember Racer X running Friday advice from the always-unfiltered David Pingree for years. We're hoping Phil serves as a suitable replacement.

To prime you for this new feature, here’s a Monday morning example of how Phil interacts with his own friends, courtesy of the PulpMX Show a few days ago. During the show, Phil battled it out with his buddies, including racers Cooper Webb and Alex Martin, celebrity moto trainer Seth Rarick, and ace bicycle shop buddy Travis “Diggs” Beam. They all called in to give Phil a piece of their mind. Phil fired right back!

By the way, Phil, the 2019 Rockstar Energy Triple Crown Champion in Canada, plans to return to racing in the U.S. this summer in Lucas Oil AMA Pro Motocross Championship. Send your questions to Phil Nicoletti via phil@racerxonline.com. Here is the first installment of UnPhiltered.

Phil to Cooper Webb: I can’t wait to roadblock the #&*!* out of you in the summer time. Everyone else can go by me but I’m roadblocking, cross jumping and swerving you.

Cooper Webb: We got the breaking news last week that Phil was coming back to America to race outdoors. And the first thing Phil said was that he can’t wait to holeshot me and just hold me up as long as he can and let everyone else by.

Phil: Yeah, and I have no problems putting my bike right through that Red Bull KTM truck either, if that’s what it comes to. Coop won’t press charges so I’m good.

We then changed the subject to Cooper’s wedding during the off-season. Phil wasn’t the best man, but he feels like he did much more work than the actual best man, Seth Rarick, who is also trainer at Baker’s Factory.

Phil: I might as well have been [best man]! I pretty much had to do everything because his best man was worthless! Seth [Rarick] was horrible! Useless! Couldn’t do anything! We were going to go to New Orleans, rent a houseboat. Hurricane comes, Seth is like “Dude, I don’t know what to do?” He’s calling me, my chick sets us up with a nice house on Lake Norman, and we worked everything out. Seth did nothing. Then, we go out as boys, Seth sees a chick and he’s locked in. Game on, he would dedicate five hours to her, and we were over here on our own.

Cooper Webb: He [Seth] sure had the suits dialed in!

Phil: For sure. Seth gets the suits late, and then he’s like, “Hey man, I don’t have anyone to iron the suits!” I’m like, “You’re in California, someone should be able to do it!” So, he’s got all these suits hung up at the house and I have to iron every single one of them. He’s the worst dude on the planet to get to do anything.

So, this gets Seth Rarick mad, so he has to call into the show to defend himself with Phil.

Seth Rarick: It’s about my bedtime but I had to call and straighten you out. You’re gonna put me on blast like then tell them the whole story.

Phil: Go ahead you have 30 seconds, go ahead.

Rarick: Well for starters you said when we had to plan the bachelor party, I was MIA. Sorry I have a job dude.

Phil: You cycle for four hours in the morning and then you work a stopwatch!

Rarick: You wake up at 9 a.m. because you say it’s too cold to cycle in Charlotte in the morning! Phil sleeps ‘till 9, makes a big breakfast, cycles with the boys, goes to a brewery, Alexis [girlfriend] then has his dinner ready. Meanwhile I’m actually working. End of the day, 200 messages unread. Everyone is like “Where are you at?” Sorry I’m working!

Rarick: The full story is, yeah, we were going to New Orleans, hurricane hit. So, we change our plans to Charlotte, Phil lives up there. I call him not asking him to do anything, just checking, and then I get on my phone at the end of the day it’s 500 missed messages and everything is already done. Now I’m a horrible best man.

Phil: Seriously, we go to a brewery, Seth locks eyes with a chick, boom he’s gone for five hours. And he’s got five percent chance of taking her home. He will dedicate his whole life to this.

Seth: I’m not defending myself on that. You can put me on blast on that one. He was right on one out of three things, but he didn’t give all the facts.

Phil: Who doesn’t check their phone all day?

Seth: All I have to say is come watch me at work one day and you’ll see why.

After this, Travis Beam of Live It Extreme bicycle shop in Mooresville, North Carolina, called in to harass Phil. Phil buys all of his bicycles from Beam’s bike shop.

Phil: Travis’ best thing is, you go up there looking at a bike. You ask for a price, he gives you a price. You show up with cash, whatever, and then he’s like, “Oh no you have to pay sales tax as well.”

Beam: Phil does not believe in sales tax!

Phil: When I say out the door, I mean out the door! When you have to pay $6,000 for a bicycle sales tax makes a big difference!

Beam: I like to charge Phil a penny over what it costs just so he can get angry.

Phil: Hey! I buy all my bikes through Live It [the bicycle shop].

Beam: He does. He buys two and he has eight of them that are actually still mine. You think he brings them back roached?

Phil: All I know is that I buy all my Scott bikes through a dealer. Your dealership. And then I’m paying like 10 percent on this sales tax! When you go buy a car, what is the price when you drive it off the lot? I want the price out the door, game over.

Phil: All these people are investing in Alex and he’s giving them nothing in return. Somehow, he’s a mastermind scam artist! He’s got all these people. It’s well played, I’ll give it to him. Look me in the eyes, would you pay for Troll’s advice?!

Alex Martin: We have a great platform Phil.

Alex Martin: Hey, we were eight weeks out of surgery for a broken leg right there Phil. I was barely able to lift that bar!

We asked Alex Martin about filling in for Phil and helping to write this column if Phil isn’t available. Will Alex help?

Alex: I will pick up the clients and Phil will beat them down. It’s the yin and the yang.

Send your questions to phil@racerxonline.com.