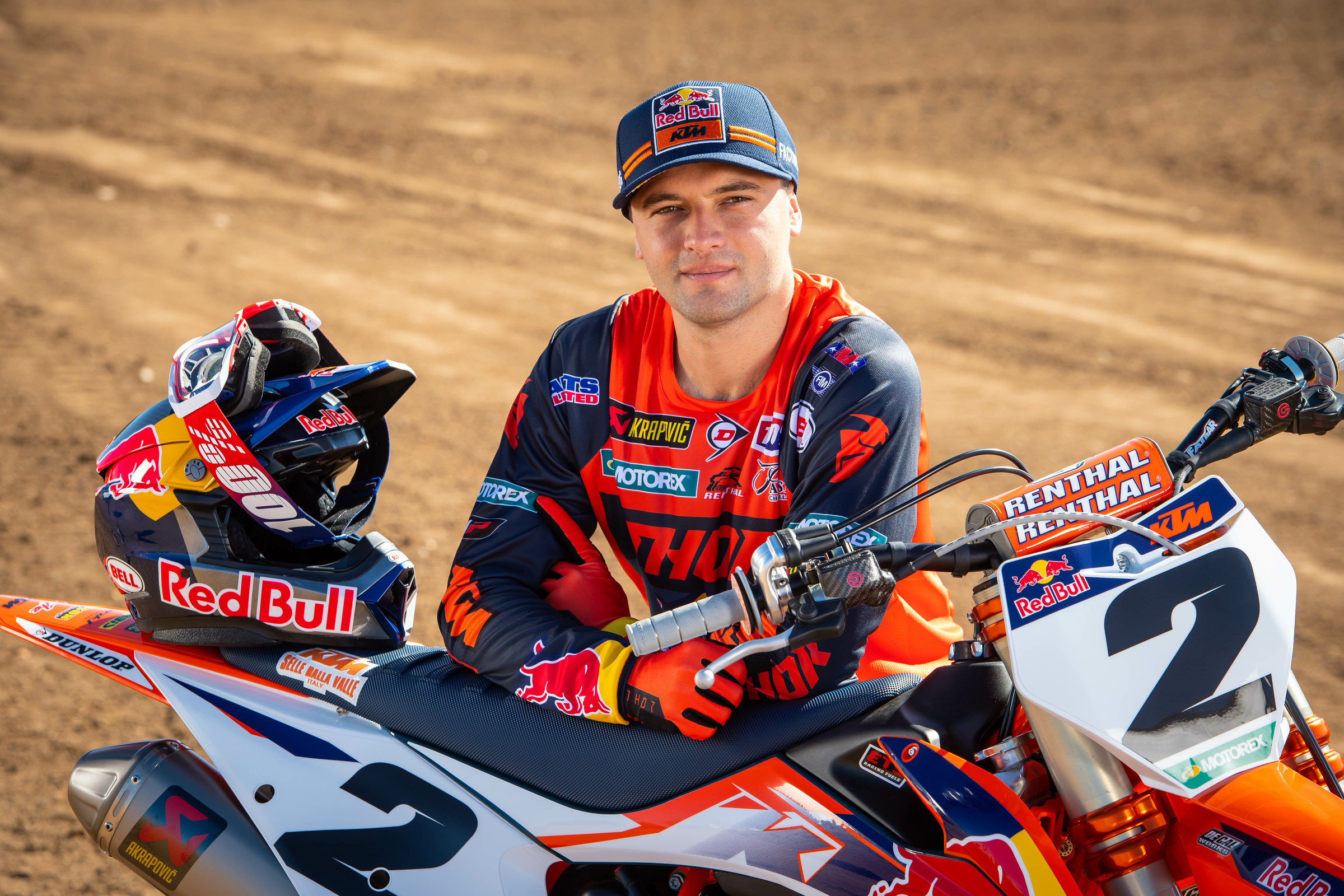 Red Bull KTM’s Cooper Webb called into the PulpMX Show on Monday to chat with his buddy Phil Nicoletti, who was co-hosting the show alongside Steve Matthes, Jason Thomas and Jason Weigandt. Cooper is always honest in his interviews, and this pre-season chat was no different. Here are three key questions and takeways from the 2019 Monster Energy Supercross Champions' 2021 plans.

Racer X: So there’s no secret track in Texas that you guys have been looking up or negotiating with? Or anything like that for Houston?
Cooper Webb: No, not so far. The team said they’re going to bring a spare bike just to have on the semi. And if it works out and there is something available, then we’ll go but if not, it doesn’t work out. With Utah it was a longer time that we were there so you could kind of plan and schedule and do everything. But now, we’re going all over and there’s only really the three that we are there for the whole week. It’s really these first two that are the ones where, at least for me, when we get back to like Orlando, Daytona, Atlanta, those are all really close to where I’m at here in Florida. So it’s a lot easier when it comes to that. Maybe some people will have a different strategy and try to get as much riding in as they can but we’ll kinda all be in that same position of kinda secluded and bubble life, I guess.

You’re usually able to adapt no matter what goes on during the week, or what goes on in qualifying. So do you think this weirdo schedule actually helps you?
I’d like to think so. Like I’ve said, you really have to come in ready to go, and the big thing is bike setup. If you’re not stoked, you’re not going to hit the test track and go try all this stuff with your team. I should be an advantage for me, being that way. I can usually show up to the track, I like my bike, I’m in the mix and I can usually adjust accordingly, to the track conditions or whatever it is. And my bike is basically what we ended last year’s supercross season which is a huge advantage. I like this schedule and I like we’re I’m at with everything. I like you’re going to have to adjust, mentally. If you go out and round one and get absolutely smoked, you could see a downhill spiral for a lot of guys. It’s going to be a challenge a lot of guys haven’t ever deal with before. Even in Salt Lake City, with the weather and the time we had, we could find a place to ride. Here, you’re going to have to trust your team to make an adjustment in one day or two.

Phil Nicoletti: Coop, something changed at San Diego last year. We all know you were struggling in the whoops, then San Diego had some monsters, and you were matting them. So what changed? And don’t give me the typical BS answer “Oh I was just feeling good or whatever.” Your whoop speed increased substantially. What changed on the bike?
Webb: It actually started the week before at Oakland. We did the Triple Crown in Phoenix [Glendale], I got fourth overall but to be honest I got smoked. I pulled, I think, two out of the three holeshots and the other one I think I started second, and my scores were like 5-4-5. I started up front and got passed. We had long, slick whoops and I just struggled with the whoops, the track, speed everything. That week we all sat down. Me, my mechanic [Carlos Rivera], Roger [De Coster], and Ian [Harrison]. They were not happy. I had started that season with a sickness, but by Phoenix I was healthy and I just straight up wasn’t there. It had always been there. Even in 2019, we knew the whoops were bad but, hey, I could jump them, or hey, I could get through them good enough to not have it totally ruin my night. Phoenix really emphasized it. So we changed a lot with suspension and put our heads together on exactly what I needed to feel comfort wise. That’s something I had never done before on my KTM. I felt like turning was always something I felt was really good, and we had to give that up a little bit to make it work better in the whoops. I think Roger was pretty pissed. He was straight up. “Last year won the title and the most races and now you’re not even a top-three guy? What the hell?” I remember, he asked me, “Do you want to win a championship or are you just content?” So, Obviously, I’m a guy who gets pretty fired up. I went to Oakland, and the whoops were that big, but I felt really good in them that night I think that started the turning point. Passing Kenny [Roczen] on the last lap and being there with those guys. I was building on that momentum. We went to San Diego and there were two sets of whoops back-to-back, and I was fast in the whoops all day and that really helped confidence-wise. I skimmed them for about half the main and then jumped them in the second half, and that all worked out. I felt like since then my whoops weren’t holding me back extremely bad. That hurt me, even in Salt Lake City. There was one race where I struggled in the really long set, but other than that, I wasn’t the top-end of the field by any means, but I fixed them. And even this off-season, that’s been a huge emphasis. Working on my technique to really improve that. I know how to jump them and with all of these East [Coast] races we’ll probably end up going that route, but I also feel like if I can be a top-five guy in the whoops on any given night, then I will really up my opportunity to win on any given night. We’ve made that our goal. My starts have always been good, my turns are good, my race craft, all of that, but I feel like my weakness has been the whoops. I really tried to focus in on that and improve, and we made big steps. So, we’ll see.

Check out the 2020 San Diego Supercross highlights below: