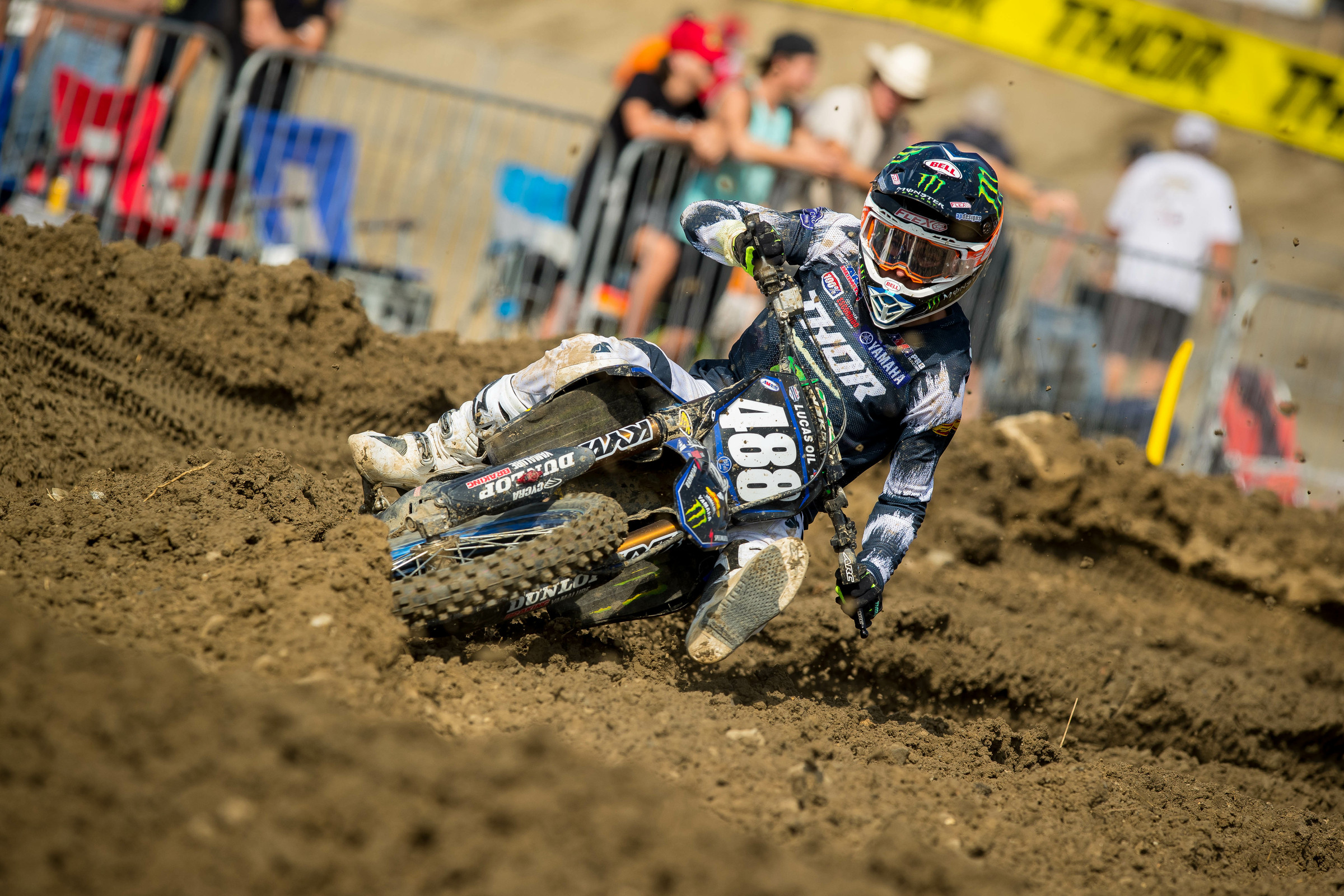 The 2020 Mini Olympics (Mini O’s for short), presented by THOR and Pro Circuit, will take place November 22 through 28 at Gatorback Cycle Park in Gainesville, Florida. A week-long motocross festival, families will pack the facility as the top amateur prospects from all over the country will take on both a supercross and motocross track to claim an AMA #1 plate in both disciplines.

After putting in practice laps, riders will participate in supercross races before taking to the motocross track—with a Thanksgiving celebration sprinkled in the middle.

Family and friends can follow along with the latest action on the Gatorback Cycle Park Instagram account (@unlimitedsportsmx) and can also watch the racing on the live stream on www.RacerTV.com.

The iconic track has hosted the Mini O’s event since the early 1980s. At the 2019 event, 1,800 entries raced the supercross discipline and 2,300 entries register for the motocross discipline, making for one massive field of competition. While there will be thousands of competitors again at this year’s event—social distancing and following COVID-19 protocols of course—here are several top-tier riders to watch in their respective classes ahead of this year’s event.

Bennick made the jump from superminis to a 250F in 2020, and he continued to rip just as he had on the smaller bike. Right before the 2020 Monster Energy AMA Amateur National Motocross Championship at Loretta Lynn’s Ranch, the North Carolina native was slowed up by a broken collarbone. He still managed second overall in the 250 B Limited class at the Ranch—second to only Rock River Yamaha’s Levi Kitchen, who swept the class motos. Watch for the #241 to rack up more major AMA #1 plates as he continues to get comfortable with the KTM 250 SX-F.

Cochran will not have to travel too far for the Mini O’s, as the Florida native only lives about two hours south of Gatorback Cycle Park. In between surfing and hanging out with his buddy Ken Roczen, Cochran is putting in work at the test track. Cochran just announced a switch from Suzukis to GasGas Motorcycles as he will become one of the first riders to represent the Spanish brand as an amateur. He’ll look to add more #1 plates to his résumé come November 22.

Danger Boy continues to make a name for himself on the racetrack alongside his famous dad. At the end of October, the Deegans posted a video on their family YouTube channel of Haiden on a KTM 125 SX. Whichever class he decides to race, Deegan will be a favorite due to his natural abilities in both supercross and motocross. If you’re lucky, you might end up on one of his post-race vlogs!

Although he still rides small bikes, there’s no doubt Dennis goes big. He will look to defend his 65cc titles from last year’s Mini O’s—and maybe add an 85cc title or two in this year as well.

The Florida native always posts his gnarly whips, funny videos, and tricks to social media, but don’t let that fool you: he still pounds out moto after moto. He says his social media clips come only after the work is done. “Lil Red Dog” has looked great on the new Husqvarna, and his results have been trending up too.

The California native has transitioned from superminis to 125s to 250F models in quick succession, and it’s been paying off in the results column. Freshly on a Rockstar Energy Husqvarna FC 250, will Hawkins’ quick success continue against heavy hitters from around the country? We think so.

Levi Kitchen claimed the 450 B Limited motocross and supercross titles at the 2019 Mini O’s with perfect moto finishes. Then “Chef Levi” added a little seasoning to his recipes as he burst onto the scene at the 2020 AMA Amateur National Motocross Championship at Loretta Lynn’s and absolutely waxed the competition. The Washington native’s average gap over second place at race’s end over six total motos? Over 32 seconds. Kitchen was one of only four riders to go a perfect six-for-six in their motos at the Ranch this year. After taking some time off the bike to fish, the Yamaha rider will be fully rested and ready to rip.

He may share the name with the actor (and famous moto fanatic!) from Friends, but this Matthew LeBlanc’s skills on the motocross track likely outweigh those of the TV star. The Louisiana native has been a top 250 and 450 B rider in 2020, and he kept the ball rolling as he emerged victorious in both classes at Loretta Lynn’s. LeBlanc is one of the several fast amateurs signed to the Monster Energy/Star Racing Yamaha squad (who has also taken on boy-bandish blond hairstyles).

With his own insane training compound in New Jersey, you know Canyon will show up to each and every event as a favorite in his class(es). A rivalry between Richards and Seth Dennis has emerged, as the two battled back and forth for the lead in all their motos in both their classes at Loretta’s in August. Richards would like nothing more than to claim a #1 plate on Dennis’ home turf.

Romano made the jump from superminis to the 250F fairly quickly after Loretta Lynn’s in 2019. Although he fell short of titles, he competed on YZ250Fs and YZ450Fs at the 2019 Mini O’s and has made his presence known in the big-bike classes ever since. The Monster Energy/Star Racing Yamaha speedster will come into this year’s event another year stronger and better on the bike.

Thrasher made his pro debut at the final two rounds of the 2020 Lucas Oil AMA Pro Motocross Championship, finishing in the top 15 in three of his four motos—not bad for someone fresh out of the 250 B class at the Ranch! With the recent rule implemented that amateurs can compete in the 250 Class of Pro Motocross and, if they earn under 40 points, still remain full-time amateurs the following year, it appears that is what’s in store for the Monster Energy/Star Racing Yamaha rider. After an impressive showing in the pro races, we expect to see big things from the Tennessee native in both disciplines at this year’s Mini O’s and throughout 2021.

Following Loretta Lynn’s 2020, the Team Green Kawasaki rider made the jump from superminis to the 250F. At the 2019 Mini O’s, Towers claimed the supercross Supermini 1 (12-15) class with 5-1 moto finishes for first overall and swept the supercross Supermini 2 (13-16) class. He’ll return to Gatorback Cycle Park on the big bike this year but will still be looking for more #1 plates.