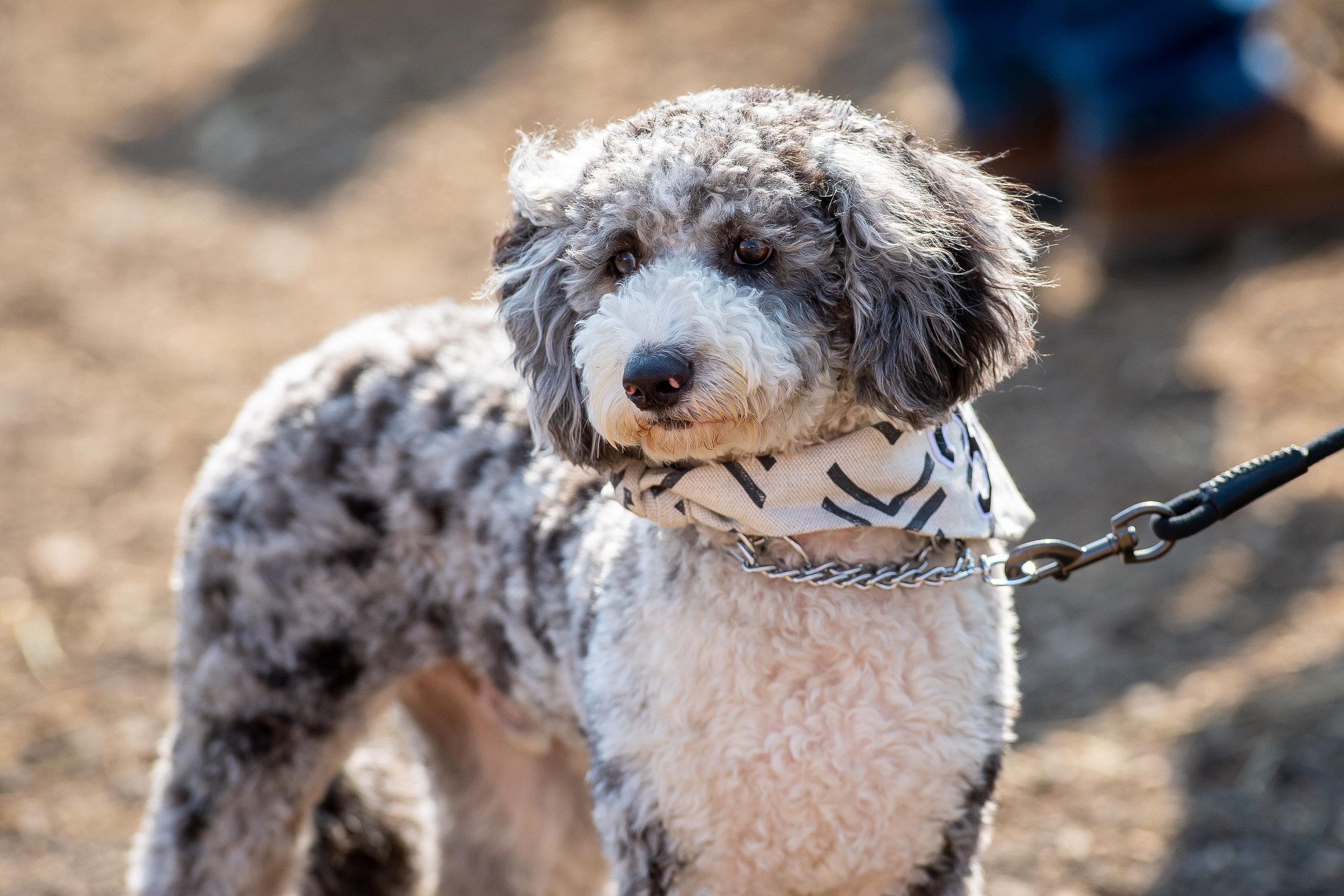 After winning Thunder Valley Justin Cooper, in a malicious and blatant move to scorn and disrespect the entire sport, industry and his competitors alike, ignited a firestorm of controversy when he brought his dog, THOR, onto the podium (it couldn’t have been that he’s just a dude who really loves his dog, right? Nah.). Not since Broc Tickle thanked his dog in 2009 have we seen a scandal of this magnitude! On TV, instead of simply reading his pit board and blandly thanking his sponsors like everyone loves, Cooper explained that the last time he won a race, the Anaheim 1 Supercross opener in January, was the last time THOR was at the races. Will Cooper have the audacity to bring his dog to Fox Raceway? And if he wins, will he once again unabashedly flaunt his disgraceful contempt for the sport by including his furry pal in the celebration? He said on the PulpMX Show on Monday night he has something planned for this weekend. Please land on the podium, J-Coop, so we can see the next trick up your sleeve. –Aaron Hansel

There are plenty of ways to describe Jett Lawrence, but in terms of his summer, you could easily call him the fastest rider to not get an overall podium. When you think about it, it seems crazy he hasn’t done it yet—he’s definitely got the speed and he hasn’t really exhibited a penchant for wild riding and huge mistakes that have so often limited anxious rookies in the past in this sport. Well, the season’s not over yet, and Lawrence will have one final attempt at Fox Raceway to get on the box in his first full year of Lucas Oil AMA Pro Motocross Championship. Will he get it done? [Editor’s note: we’re sure Jett will love being mentioned after Cooper here following their trash talking session on social media following the Thunder Valley National!] -Hansel

There are only two riders who can walk away with the 250 National Championship this weekend: Dylan Ferrandis and Jeremy Martin, who trails Ferrandis by 18 points. That’s a pretty sizable gap, and even if Martin goes 1-1, he’d need Ferrandis to have an absolutely horrible day, by Ferrandis' standards anyway. If Ferrandis goes 5-5 and Martin goes 1-1 they’d be locked in a tie, with Ferrandis getting the nod due to earning his the tie-breaker, which is moto wins (Ferrandis enters this weekend with eight to Martin’s four). If Ferrandis for some crazy reason doesn’t score points in the first moto and Martin finishes fourth, the two will go into the second moto tied in a true, do-or-die scenario. There are plenty of different equations to play with here, but the bottom line is, while Ferrandis has this all but wrapped up, he can’t be too generous with points on Saturday. -Hansel

Currently there are four 450 riders still mathematically in title contention—Zach Osborne (leading), Adam Cianciarulo (24 points back), Marvin Musquin (42 points back), and Eli Tomac (47 points back). Let’s be honest, Musquin and Tomac have virtually no shot at this and will probably be mathematically eliminated after the first moto.  Cianciarulo’s chances are pretty low too, but if Osborne somehow has two bad motos and finishes outside the top ten in each, Cianciarulo’s got a shot if he’s perfect. Or, if Osborne suffers a mechanical failure or crashes out of a moto and doesn’t score points, that’s Cianciarulo’s ticket to title town. Neither of those scenarios will probably take place, but hey, we gotta drop the gates to find out! -Hansel

As Solid as it Gets

Is probably the best way to describe Christian Craig’s ride last week at Thunder Valley. In fact, that may even be underselling it. The Honda HRC rider went 7-4 for fifth overall, which is no easy task in the current field. Afterward Craig remarked how easy getting that fourth place in the second moto was compared to some of the sixth’s he’s been scrapping for lately. Has Craig found a little something extra deep in the season? He’s got one more race aboard the Honda HRC CRF450R, which sounds like it could be his last ride about a Honda period, as there are talks of him switching to a blu—sorry—new bike in 2021. -Hansel

Out with a Bang

Eli Tomac may still be in mathematical contention for his fourth straight 450 National Championship, but c'mon, it's over for him. That doesn’t mean he doesn’t want to finish the season as strong as possible, however, and what better way than to go 1-1? He’s been much stronger at the past two rounds than he’s been almost all season, and he has yet to win both motos at a single round this season. That’s something Tomac hasn’t failed to do since, well, never! The Monster Energy Kawasaki rider has gone 1-1 at least once a season since joining the 450 Class in 2014. Can he keep the streak alive this weekend? ­Hansel

A little over 10 years ago to the day, Christophe Pourcel entered the finale of the 2010 Lucas Oil Pro Motocross Championship seven points ahead of Trey Canard in the 250 Class. Pala was the last round then, and due to the ever-changing circumstances that 2020 has provided, it’s also the last round now. That day in 2010 saw Pourcel crash out of the first moto with a broken arm and lose the title to Canard in dramatic circumstances. It’s hard to ignore the similarities between that title fight and the one we have this year, but Ferrandis will look to put this narrative of the “French curse” behind him at the very track that saw a chapter of the history books change just a decade ago. –Kellen Brauer

Zach Osborne has reiterated many times through the course of this season that if someone had told him he’d be where he is now 14 years ago, he would have taken it in a heartbeat. Osborne has one of the most unique paths to glory in the history of the sport. A prodigy forgotten and shoved aside from the high-ranking teams in the USA, Osborne was left to reinvent his career in Europe with a five-year quest for the MX2 FIM World Motocross Championship crown. He never quite got it but did fight his way back to the States as he continued to chase the glory that eluded him. He finally broke through for a string of 250 Class championships in 2017, 11 years after his pro career started. And now, he sits on the precipice of being a premier class champion. If he can clinch this title tomorrow, expect that long road to come pouring out of Osborne as a means of displaying how much this title really means to him. –Brauer

If the sands of Florida at WW Ranch a few rounds ago were a familiar feeling for many riders, this weekend’s Fox Raceway National might even be a more familiar sight. Several of the riders still live in California and Fox Raceway is a very popular track for testing. The two things that can happen with this track is riders come in with their setup completely dialed from all that testing throughout the year, or a lot of guys are lost because the track shapes up much different than what they are used to. This concept is the same reason why the Martin brothers can’t always be considered the favorites at their home race in Millville. Keep an eye out for whether that track familiarity gives distinct advantages to some of the California residents throughout the field. –Brauer

Two thousand and twenty has been one tough year. Aside from the obvious COVID-19 health issue, this has been by far one of the weirdest racing seasons throughout the history of motocross and supercross. And once the final checkered flag waves at Fox Raceway on Saturday, that will be it for the American contingent. There are no offseason races. No FIM Motocross of Nations, no Monster Energy Cup, no Red Bull Straight Rhythm, no Paris Supercross, nothing. For the first time maybe ever, a true offseason will commence for the next three months. But with that checkered flag, riders will finally be able to put this roller coaster of a year behind them. In the end, we were still able to get 26 of the original 29 total races ran for the entire year and champions will be crowned in all disciplines. The end of the season always brings a sigh of relief throughout the paddock, but this year’s exhale will be huge. –Brauer