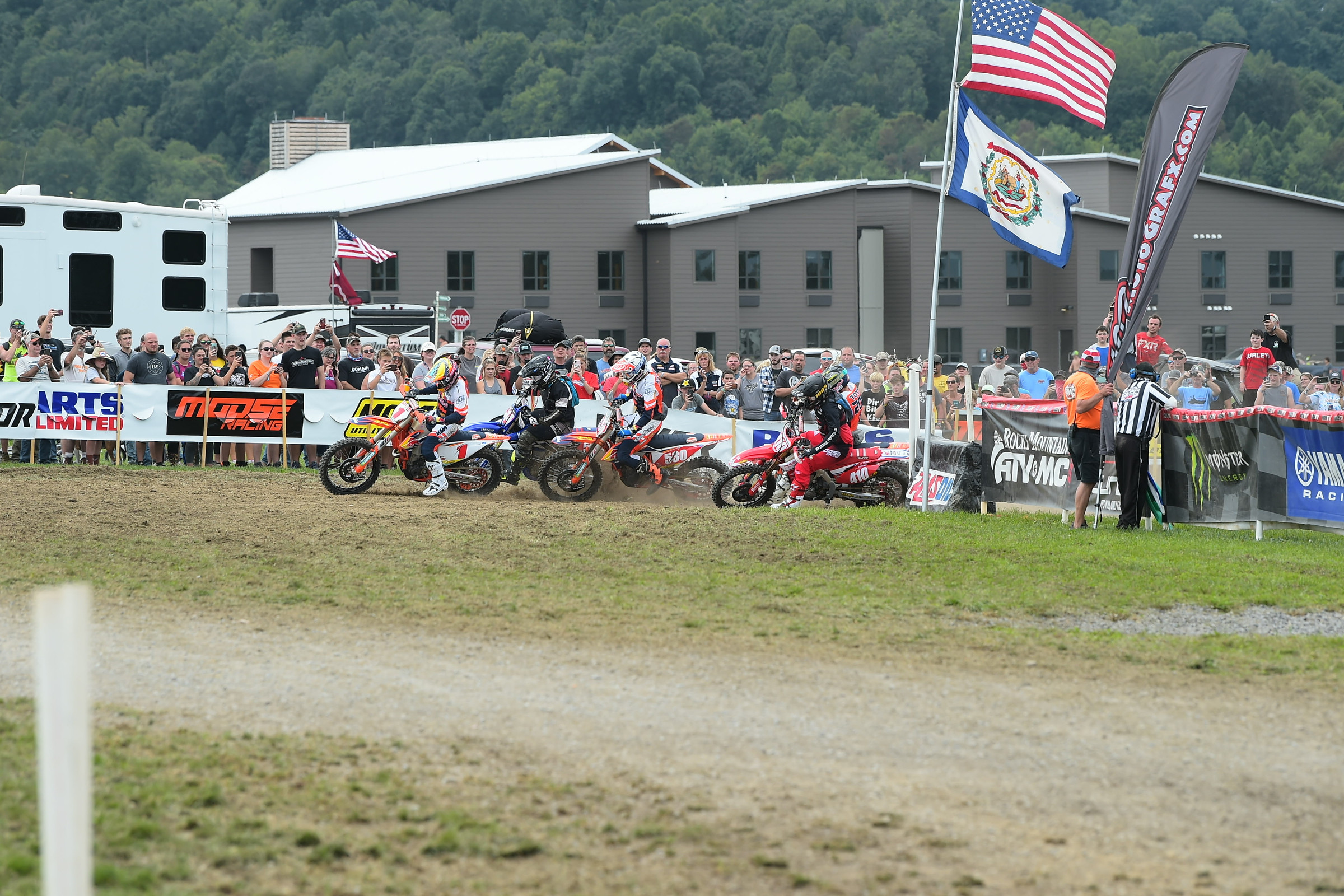 GNCC Report Things We Learned at the Mountaineer GNCC

After a long summer break, the GNCC series returned to action with the second annual Mountaineer GNCC. Held at the Boy Scouts of America’s Summit Bechtel Reserve, home to the National Scout Jamboree, the facility features a tough and rugged course, which helped produce one of the most exciting events of the 2020 season. Here’s what we learned.

The saga of Steward Baylor has long been one of the most interesting stories in off-road racing, and that tale only got more diverse in 2020. After claiming the GNCC XC2 championship in 2011 and an AMA National Enduro the next season, Baylor seemed to be the next big thing in off-road racing. Unfortunately a string of injuries would hinder Baylor from producing top results for several seasons.

Shuffling off, on and back off the Factory KTM team, then onto several KTM support rides would add to the struggles. But then, Baylor started winning again. National Enduro titles, a few GNCC overall wins and a lot of GNCC podiums helped reestablish Baylor as one of the top off-road riders in the U.S. The beginning of the 2020 season would see Baylor on a brand other than KTM for the first time in his entire racing career.

Stu kicked off the year riding with the FactoryONE Sherco team and nearly won round three of the GNCC series in Georgia. After the Georgia event, the series was put on hold due to the COVID-19 pandemic, and then Baylor and Sherco mysteriously parted ways. There has still yet to be an official story from either party as to why the two separated, but when the GNCC series returned some eight weeks later in May, Baylor was on the sidelines with no ride.

Baylor got back on two-wheels to contest several rounds of the AMA National Enduro Series. First on a Husqvarna, then on a Kawasaki that he bought the day before a race! After riding the Kawasaki for a good portion of the summer, just days before the GNCC series returned from summer break it was announced that Baylor would return to GNCC competition aboard a Yamaha.

Due to some conflicting sponsors, Stu’s Yamaha ride wasn’t fully part of the AmPro Yamaha team effort, but they pitched in big time loaning Stu one of their practice bikes to race, and prepping it. Baylor told us afterwards this wasn’t a test for a spot on the team but rather a one-time opportunity to race a fully-prepped AmPro Yamaha practice bike. What happened next was like something straight out of a movie as Baylor would find his way into the lead on lap two, then go on to win the whole darn thing! There’s still no guarantee that he’ll be on the blue machine at the next round, but surely grabbing a win his first time on the bike means good things are coming for Baylor.

Kelley and Kailub Round Out the Podium

Ben Kelley claimed his first-ever GNCC overall win at the 2019 version of The Mountaineer, in just his second start in the XC1 class. This year he proved to be the biggest thorn in Baylor’s side, as he kept Stu in his sights for the majority of the race. Kelley led the opening lap, then hung just two seconds behind Baylor on lap two. Baylor would actually open up a bit of a lead during the middle portion of the race, but Kelley put on another charge to close the gap up to around two seconds again.

It looked as if Kelley and Baylor were headed to all-out battle as they were separated by just over a second when the two lap board went out. However, Baylor put his head down and pulled an impressive gap through the final two laps. Kelley took second place finish, his best result of the year after a shoulder injury kept him sidelined for the early portions of the season.

Kailub Russell actually rode a good race, but it wasn’t up to par for the seven-time champ’s expectations. Russell felt he didn’t put together his best effort and even said he was mad at himself for not being as prepared as he should have been for the rocky, slippery conditions. Other than last year’s Mason-Dixon GNCC, where he experienced mechanical issues due to deep dust, and last year at The Mountaineer where Russell where he was suffering from a shoulder injury, it’s been since late 2018 that Russell has finished a race outside of the top two positions.

This is actually the type of thing that motivates a guy like Russell. Baylor be riding a wave of confidence but both Ben Kelley and Kailub Russell will be looking for redemption and race wins of their own.

As has been the norm in 2020, the XC2 class produced some exciting racing of its own. Johnny Girroir would lead the race wire-to-wire to take the XC2 win, but left it all on the track and couldn’t even make it up onto the podium. He actually did his RacerTV interview sitting in the grass by the podium and boy did he look rough! He got the job done and now sits tied with Craig Delong for the XC2 class points lead with four rounds remaining.

Ryder Lafferty hung in second for the majority of the race, but got a bit dehydrated late and dropped to fifth place. This would allow Craig Delong sneak into the second spot with two laps to go, but in the end Liam Draper rallied to second with Mike Witkowski rounding out the podium in third and Delong dropping to fourth.

Draper’s late-race charge pushed him just 13 seconds behind Girroir, Witkowski was just five seconds behind Draper and Delong was just 12 seconds behind Witkowski! The spread from first to fourth was just around 30 seconds after two hours and 57 minutes of racing. That’s why Girroir had to push so hard to hold the lead to the end!

With four rounds to go in the series, Delong and Girroir sit tied in the first place spot with Witkowski just 15 points behind in third. Each of them have the speed and potential to win races. These final rounds could be some of the most intense XC2 races since the addition of the class in 2007.