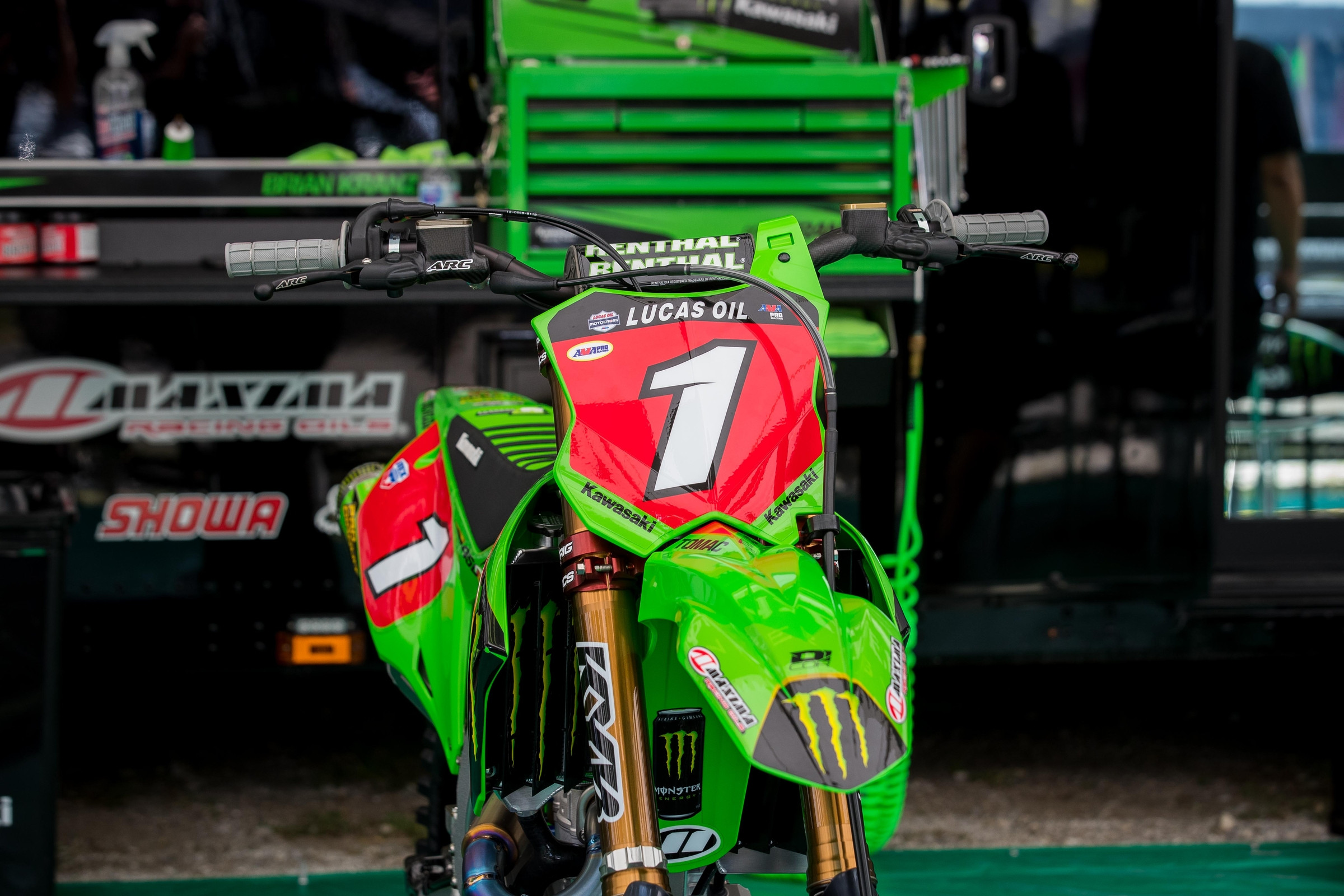 For the first time in his career Monster Energy Kawasaki’s Eli Tomac is trying to add an AMA Pro Motocross Championship to the AMA Supercross crown he finally won in 2020, and he’s finding it much harder than he may have thought. Tomac already has three straight 450 Class crowns, but he won those after finishing second in supercross in 2017 (Ryan Dungey), third in 2018 (Jason Anderson) and second in 2019 (Cooper Webb).

One must go back to Red Bull KTM’s Dungey in 2015 to find the last time a rider won both the AMA 450 SX crown and the 450 Pro Motocross title. Dungey also managed to do the double in 2010 when he was still with the Rockstar/Makita Suzuki team. And in between those wins was his rival Ryan Villopoto, who won 450 SX/MX crowns in the same season—twice, actually, in 2011 and 2013, both on Monster Energy Kawasaki.

Of course Ricky Carmichael was able to do it—five times. In 2001 he won SX for the first time on a Kawasaki KX250, then added his second straight outdoor 250 title. He switched to Honda and swept again in 2002, enjoying a perfect summer of 24-0 in his outdoor motos. In 2003 he swept both for a third straight time, something no one else has ever done. And when Carmichael came back to SX in 2005 after missing ’04 with a knee injury, he swept both classes, only this time on a Suzuki, then repeated the feat again in 2006.

Going back to the year that the third national class—the 500s—went away in 1994, there are only two other seasons when a rider won both the SX/MX title in the same year. In 1995 Team Honda’s Jeremy McGrath won his one and only 250 Pro Motocross title after earning his third of seven AMA Supercross titles. Two years later, his rival Jeff Emig won his one and only AMA Supercross title and his second straight 250 Pro Motocross Championship.

So in the last 25 years we’ve seen Carmichael do it five times, Dungey and Villopoto twice each, and then McGrath and Emig just once each. No wonder Tomac is having a tougher time this summer than we all thought he would. This is a much harder feat that one would expect. Tomac is now 47 points behind Zach Osborne with just four races to go. Even if Tomac were to go 1-1 in each of the last four rounds, Osborne would only have to go 3-3 and he would still have a 7-point lead on Eli. That’s how far back Tomac has suddenly found himself in this strange summer.