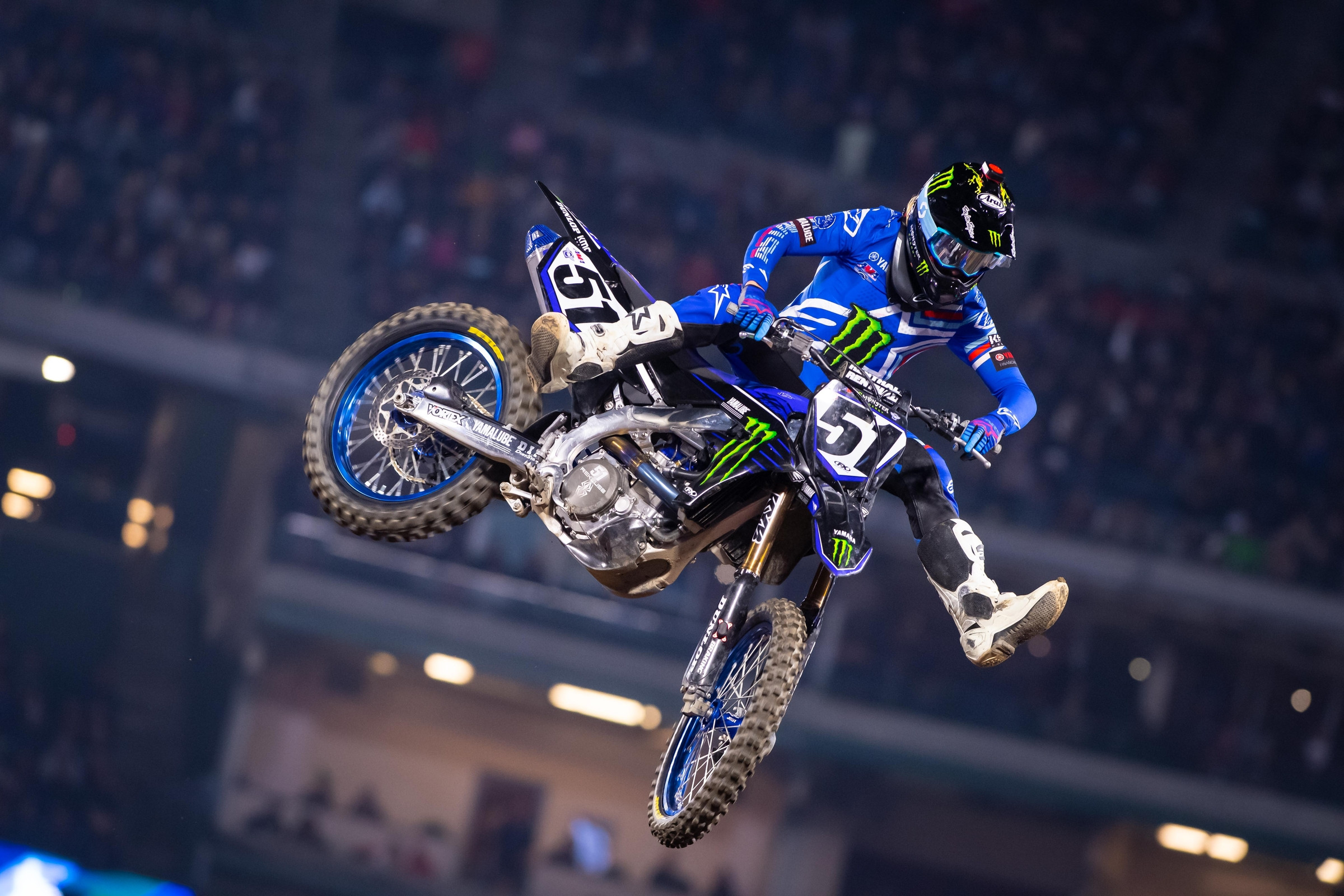 Middle ground isn’t a term often used in the same sentence as Justin Barcia unless it’s to point out his utter lack of it. An extremely polarizing rider who always rides with a lot of heart, Barcia developed a reputation early for being a provocative and fiery rider, one whose legendary aggression has only grown in the time since he was given the nickname, Bam Bam. What other rider, before even moving up to the premier class full time, can say they were called disrespectful by Ryan Dungey and a “pain in the ass” by Chad Reed? Barcia’s forceful (some may even call it antagonistic) nature hasn’t always worked out in his favor, but from a spectator point of view, it sure has produced a monster list of highlights, which got bigger last Saturday when Barcia scrubbed his way past Adam Cianciarulo at Ironman Raceway. This one certainly wasn’t dirty, but it sure was spectacular, and the clip spurred an online bench racing session here at Racer X about all the times Barcia has either been involved in, or created, footage that makes you hit the rewind button repeatedly. When the virtual dust settled, we’d come up with, and laughed about, quite a few examples, which we decided to share with you for this week’s ‘The List.’ Let us know which ones we missed in the comments section below.

Love him or hate him, you have to admit the dude sends it when he’s feeling it. His performance in the second moto last week at Ironman is proof enough of that, but truth is, he’s been doing it for years. Need proof? Check out this clip of him trying to set up a move on Ryan Villopoto in Daytona. Be sure to watch the slow-mo at the end.

It’s hard to say who won in this exchange if there even was a clear winner. Both riders went down, but Stewart exacted a bit of revenge by pushing Barcia, then wheelieing onto his bike. Both riders lost a ton of time, and Stewart’s bike sustained significant damage.

It’s absolutely clear who got the short end of the stick in this one. Later, when asked if he planned to retaliate, Barcia responded, “They don’t call me Bam Bam for nothing.”

Okay, so this isn’t an on-track accident, and it’d be funny no matter who was sitting there on the line when Erin Bates drops debris right in the line. But of course, it’s Barcia!

The first portion of this video is simply Tomac and Barcia battling in supercross earlier this year. Nothing looked too crazy from the footage, but apparently Tomac and Barcia weren’t happy about it, which was voiced afterward. They’re definitely serious, but it’s hard not to laugh when Tomac asks, “Have you ever passed anyone clean?” and Barcia responds, “This year?”

This one’s pretty straightforward. Earlier this year on press day in San Diego Martin Davalos cross jumped Barcia, to which Barcia immediately retaliated. Davalos was pretty angry about it and let Barcia know. I was there that day, and while you might think a rider challenging another rider to a fight would make for some tense moments, I remember it actually being pretty funny, especially with Chad Reed laughing and encouraging them both to throw down right on the stadium floor.

Vs. A small fence

This was shot in 2012 at the Motocross of Nations. There’s not much other context here, but it’s wild nonetheless!

Regardless what your thoughts are regarding Barcia, there is no way, unless you’re Roczen, that stuff like this isn’t entertaining. Barcia doesn’t hide his brashness; he showcases it with moves like this.

Here’s another one of Barcia just gushing attitude. Did he need to do that? Absolutely not, but that’s never stopped him! Afterward Roczen said Barcia wasn’t the brightest light in the room, while Barcia tried to dismiss the incident as unintentional, saying he’d been scrubbing that triple like that every lap and he only looked over because he heard Roczen’s bike. Insert laughing eye roll here.

Maybe, as Grant Langston explains in the video, Barcia was just telling Rookstool he was number one?

From last Saturday, this classic Barcia as you can get, and as funny as some of the other clips here are, sends like this truly are the best footage of Barcia one could hope for. After rewinding and re-watching this part approximately 788 times, I ordered my two young kids into the room and made them watch it. Then I made my wife watch it. Then I watched it another twenty times. Takes the line away, big whip, feet off the pegs, makes the pass with attitude. Quintessential Barcia!