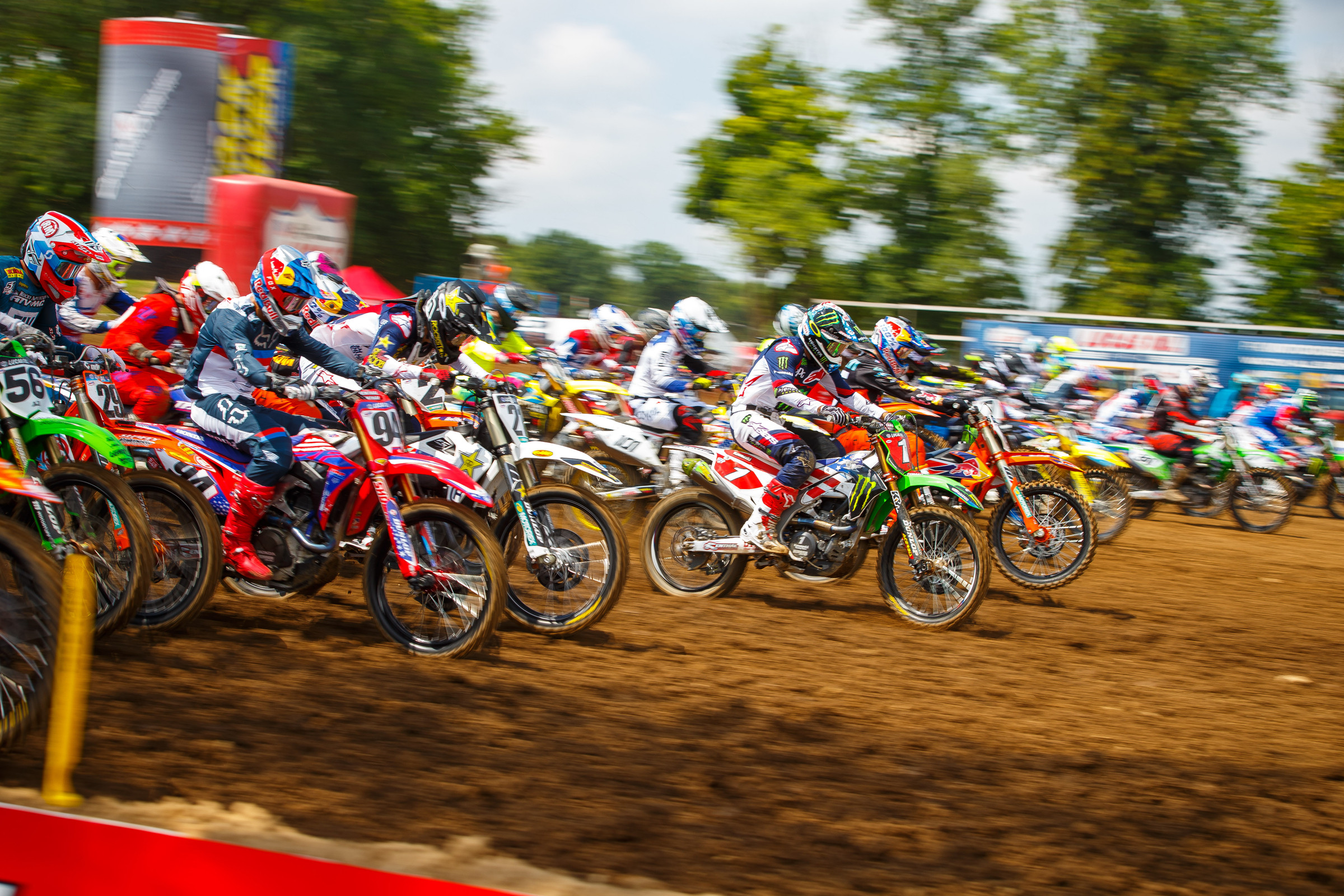 On July 1 came the news no one in the motocross industry wanted to hear: the 2020 Lucas Oil AMA Pro Motocross Championship was temporarily postponed. Shortly after the announcement, Davey Coombs, editor-in-chief (and founder) of Racer X magazine and also the president of MX Sports Pro Racing (sister company to Racer X), appeared as a guest on an episode of the Racer X Exhaust podcast with Jason Weigandt. Coombs said the MX Sports Pro Racing staff and the Safe-To-Race Task force—which includes members of the AMA, MX Sports and MX Sports Pro Racing, and more—have been working each day to control their side of the situation to make the championship happen and the group had “been doing it since the day the Indianapolis Supercross was canceled.” But he continued to explain to Weigandt how the situation to hold professional events was out of MX Sports Pro Racing’s hand as rules and regulations varied from state to state.

“We want to be able to finish what we start so why don’t we wait to start it when we know we can finish it?” Coombs explained on the podcast.

“We feel that we have a better chance of having that [a complete championship] if we begin a month later than if we did if we started on July 18,” Coombs said.

This afternoon, about two weeks after the announcement that the start of the championship had been postponed, MX Sports Pro Racing has announced not only the start of the championship but a full, nine-round schedule with dates and locations for each round. While this still doesn’t guarantee everything goes perfectly, as we all know how rapid the COVID-19 situation can change, this does give everyone from the teams, riders, and OEMs to the workers and media to the fans something to look forward to.

Below is the full press release from MX Sports Pro Racing:

The first half of the season will open with five consecutive rounds. Following the debut of the Loretta Lynn’s National, the schedule will then travel to the scenic Pacific Northwest for the Washougal National, on August 22, before heading to the greater Indianapolis area for the Ironman National, on August 29. From there, Michigan’s legendary RedBud MX will give way to the season’s lone off weekend after it hosts a pair of races around the Labor Day holiday, on Saturday, September 5, and Tuesday, September 8. Racing will resume with the Spring Creek National in Minnesota, on September 19, before heading to Florida for the WW Ranch National, on September 26. The penultimate round of the championship will take place in Colorado with the Thunder Valley National, on October 3, before crowning a pair of champions in Southern California at the season-ending Fox Raceway National, on October 10.

All events on the 2020 schedule will adhere to social distancing guidelines and health management protocols. Each round will be conducted in accordance with local and state ordinances, as identified between the event organizer and local officials. The paddock will be closed to the general public, with access limited to properly credentialed parties only and facemasks required at all times. Hand-washing stations and hand sanitizer stands will be placed throughout the venues and personal hygiene education signage will be prominent.

“While we continue to navigate through these challenging and continuously evolving times of the coronavirus pandemic, we are confident that we’ve developed the framework for a high-caliber championship schedule that can be successfully implemented,” said Roy Janson, MX Sports Pro Racing Competition Director. “Although we respect the unpredictability of scheduling any live events during these uncertain times and are sensitive to the hardships many people are going through, we remain committed to making our best effort to host the world’s most prestigious motocross championship. Thanks to the tireless and cooperative efforts of our event organizers, competitors, sponsors and partners, not to mention the ongoing communication alongside local officials, we have an opportunity to prioritize the health and well-being of everyone. We will conduct these events in a safe environment by implementing several policies, all in an effort to control as many variables as possible.”

Select events will feature limited spectator capacity, while others will be conducted exclusively for participants, professional and amateur, with attendance limited to crew members and family. All events will feature an amateur racing component, both before and after the professional race day. Ticketing and amateur race program information will be posted Monday, July 20, on the event websites.

“From the moment we faced our first bout of adversity surrounding the coronavirus we have diligently tried to find a way to make the 2020 Lucas Oil Pro Motocross Championship a reality,” said Davey Coombs, President of MX Sports Pro Racing. “Needless to say, it’s been a tumultuous year for everyone, and I think we’re on Plan ‘W’ by now. But we’re racers at heart, and our business is founded on bringing together fellow racers for some of the world’s most competitive and high-profile off-road motorcycle events. We know the motocross community is as passionate about this championship as we are, as it’s the lifeblood of the sport, and it’s been our goal to bring everyone, from riders to fans alike, the series they deserve. We’re confident that this schedule will accomplish that, and we look forward to providing the joy and sense of normalcy that American motocross can bring during these incredibly uncertain times.”