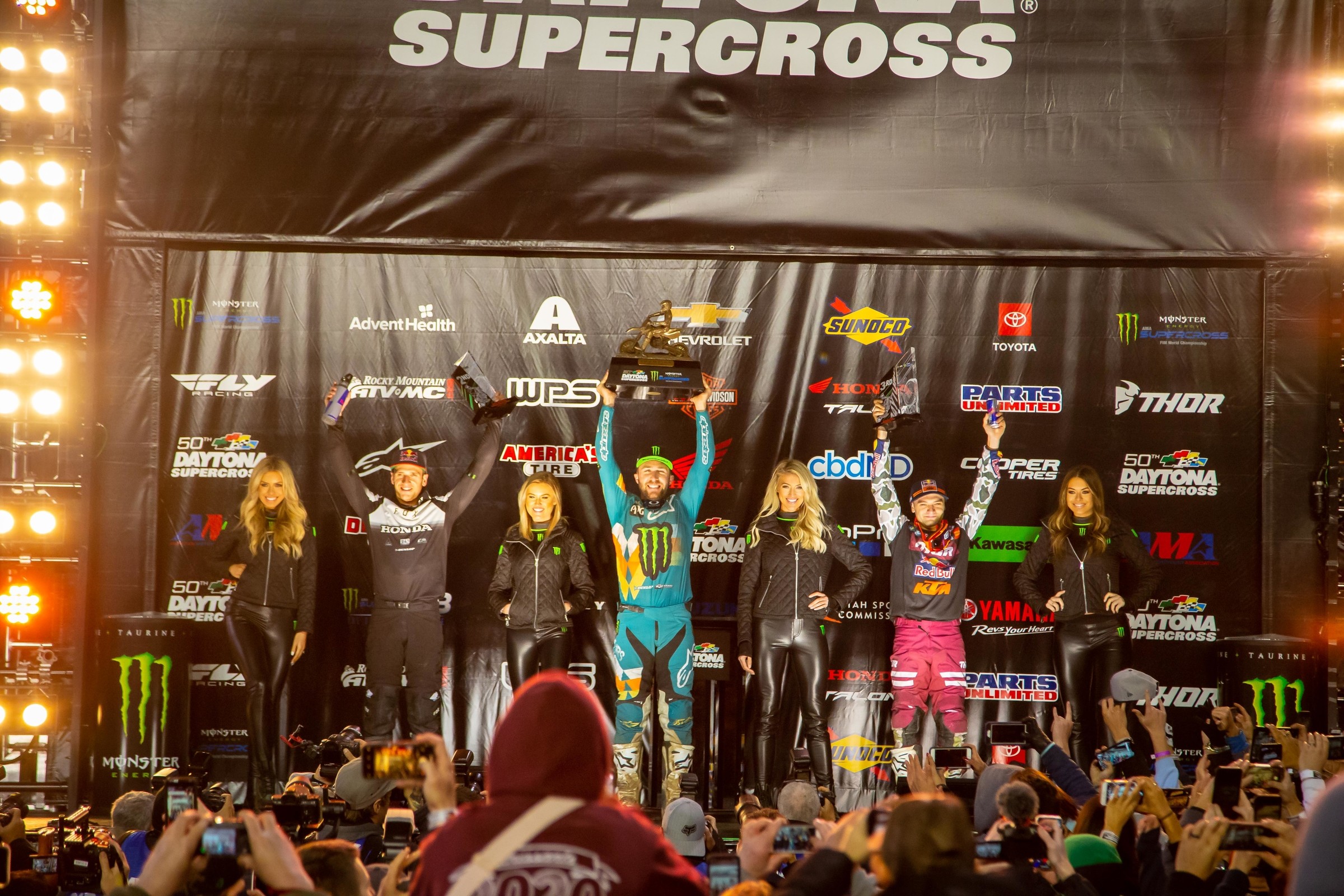 After another comeback for the ages, Eli Tomac claimed his 32nd career supercross victory and his fourth at Daytona to put himself in rare air as a four-time winner of the event.

Tomac's late charge thwarted Ken Roczen's attempt to net his fourth win of the season, moving the German back to second. Behind them, Cooper Webb picked up another podium as he continues working back to full strength from his Arlington crash.