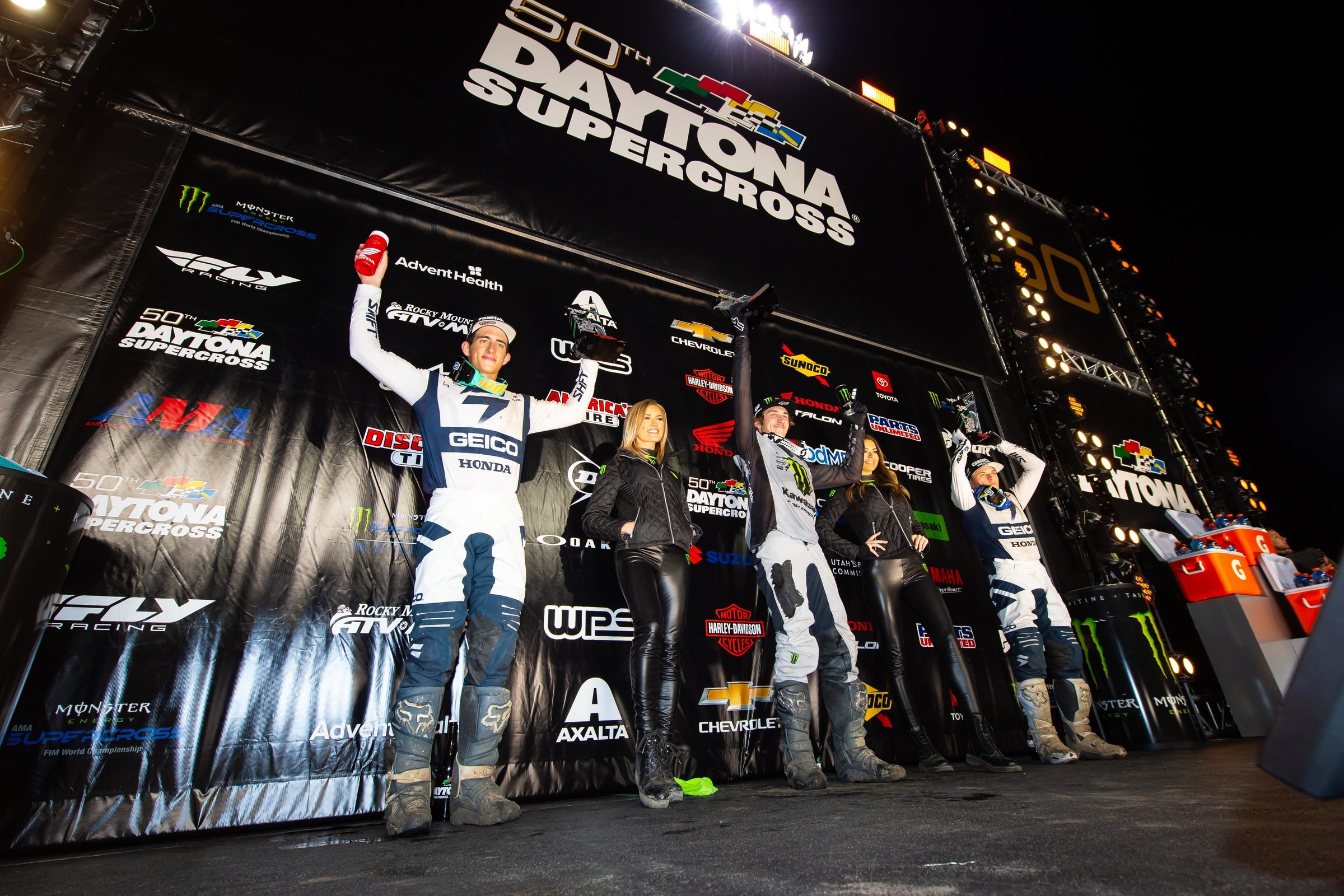 Behind him, Chase Sexton fell short of a late race charge to bring home his fourth consecutive podium finish to start the season with a second. Jeremy Martin fought forward late in the race to round out the podium in third.