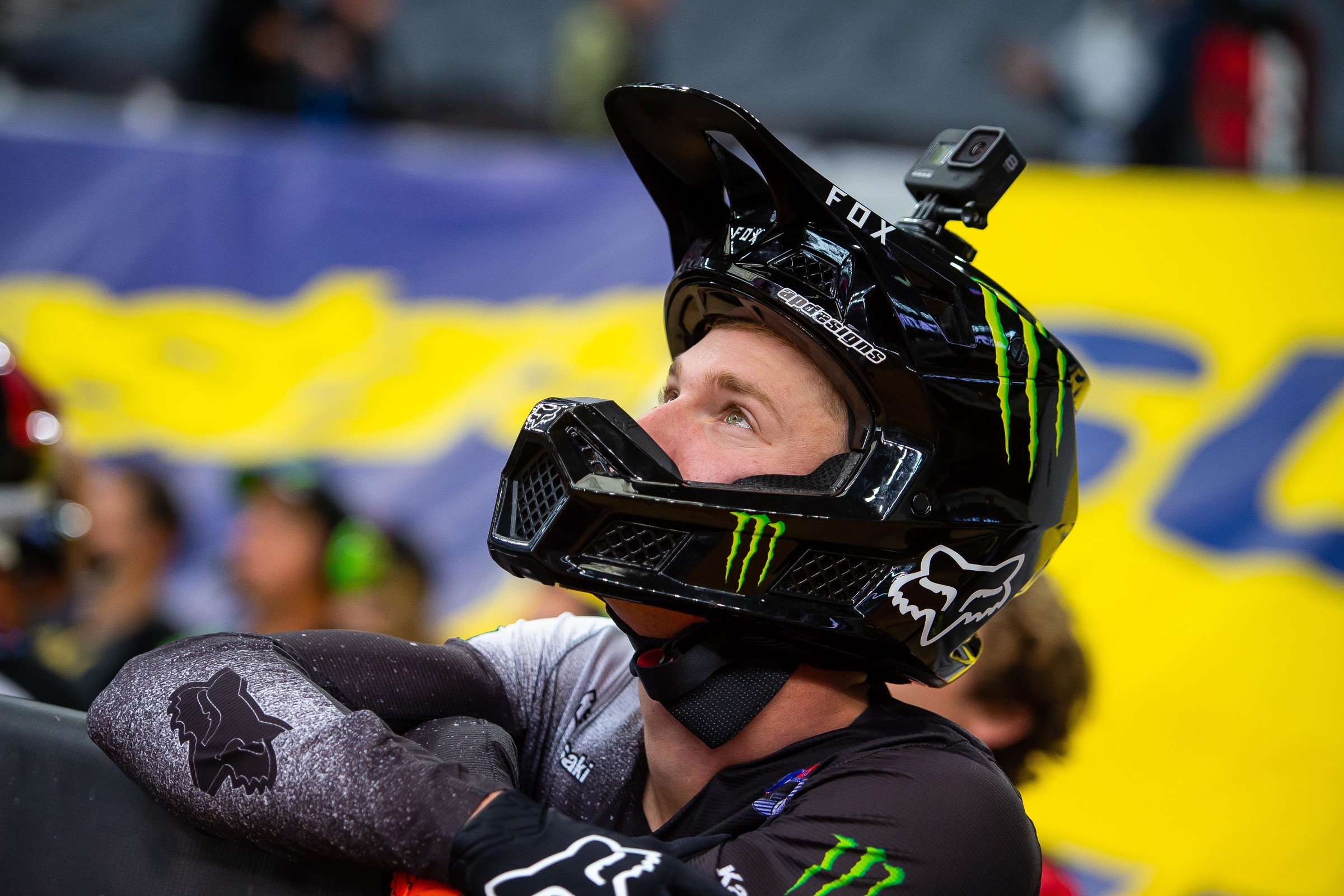 Comment: Anstie is expected to be able to get back on the bike in the next few weeks after having ankle surgery before the season to fix a preexisting issue. The team will evaluate whether or not he’ll race any supercross at that time.

Comment: Blose is out due to a concussion, fractured right hip, broken right radius, dislocated wrist, broken left ribs, and a lacerated liver suffered in Glendale. There is no timetable on his return.

Comment: Cartwright posted a picture of himself with a PR-MX Kawasaki-green cast on his right wrist with the caption: “Practice crash this week will keep me sidelined for the next few weeks with a hand injury. Sorry to everyone who supports me, we will be back ASAP!”

Comment: Cianciarulo went down in qualifying in Arlington and broke his collarbone. He’s expected to miss several weeks to recover but posted an update on his surgery from Monday and said he’s “really  stoked with how good it's feeling already.”

Comment: LaMay injured his thumb on press day last week in Arlington. He had an MRI, but when we spoke to him this week he was still awaiting the results. Either way, he’s out for Atlanta.

Comment: Martin crashed during qualifying in St. Louis and suffered a torn ACL, a torn patella tendon, a broken big toe, and two broken metatarsals for Martin. He won’t be back this season.

Comment: Merriam will be back in action this weekend after being temporarily sidelined with a broken collarbone.

Comment: Noren is out due to a leg injury sustained in St. Louis. He’s hoping to be back on the bike in April.

Comment: On Friday, February 28, Rockstar Energy Husqvarna announced that Zach Osborne was injured in a practice crash this week that will leave him sidelined for the foreseeable future after he sustained a broken rib, two bruised lungs, and a sprained wrist while training in Florida.

Comment: No word yet on when Joey Savatgy will be back racing. He’s currently rehabbing after breaking his heel in Australia.

Comment: It’s unclear when Tedder will return to racing. He’s been out for quite some time due to a complicated wrist injury that required multiple surgeries.

Comment: Tickle sustained a broken hand last week in Arlington. As of now it’s unclear when he’ll be able to return to racing.

Cooper Webb – BANGED UP | IN

Comment: Webb crashed hard in Arlington and landed on his back on the concrete floor. He sustained some pretty epic bruising and is no doubt extremely sore, but the team released a statement on Monday that ended with, “we know that he will do everything in his power to lineup this Saturday in Atlanta.”

Comment: Alves is back riding after having wrist surgery but a return date is unknown at this time.

Pierce Brown – BANGED UP | IN

Comment: Brown will make his pro debut this weekend. The Troy Lee Designs/Red Bull KTM rider crashed in late December and missed the first two 250SX East races to make sure he was 100 percent before lining up.

Jimmy Decotis – BANGED UP | IN

Comment: Decotis crashed hard in Arlington and missed the night’s action and although he’s been dealing with a fractured pelvis, he is expecting to race in the ATL.

Comment: Floyd sustained an ankle injury in Tampa and missed Arlington. He was hoping to return in Atlanta this weekend but an MRI showed he had fractured the talus in his right ankle.

“I am looking at roughly three more weeks and then I should be good to start riding again,” he told us. “Very unfortunate deal.”

Comment: Lawrence is back on the bike after tearing his labrum and rotator cuff before the season. There’s no definitive timetable on his return, but he hopes to be able to get a few races in by the end of the supercross season.

Comment: Moreau had a terrible crash in practice in Tampa and was taken to the hospital with serious injuries. To help him and his family out financially, go to Road 2 Recovery.

Comment: Nichols dislocated his shoulder in October and isn’t quite 100 percent yet. He’s most likely out for Atlanta, although at time of posting we were still waiting on official confirmation from his team.

Comment: Owen sustained gashes on his arm and hand when he was landed on in Arlington. The wounds became infected, and to top it all off, Owen then came down with the flu. He plans on sitting Atlanta out in an effort to be ready for Daytona.

Comment: Peters went down in Arlington and sustained what was originally thought to be a wrist injury. When the swelling went down it became apparent he'd bruised the heel of his hand. He's out for Atlanta, but not due to injury. He'll be racing arenacross in Salt Lake City this weekend and if all goes to plan, will wrap up the title. If he's successful in earning the AX title he'll be back for Daytona.

Comment: Craig is back to riding after fracturing bones in his hand and finger in Glendale.

Comment: After having surgery to repair a broken lower fibula, Kelley is back riding only five weeks after his surgery.

Comment: Lawrence hopes to be return to racing in Seattle, Washington, when the 250SX West Region resumes.

Comment: Oldenburg suffered a partial tear in his ACL and tore his meniscus while practicing. His goal is to recover for the final four 250SX West Region races then undergo surgery. He said on his Instagram story this morning: “Therapy on the bum knee is going good.”

Comment: Osby suffered a torn ACL and is out for the year. Killian Auberson is filling in for Osby.