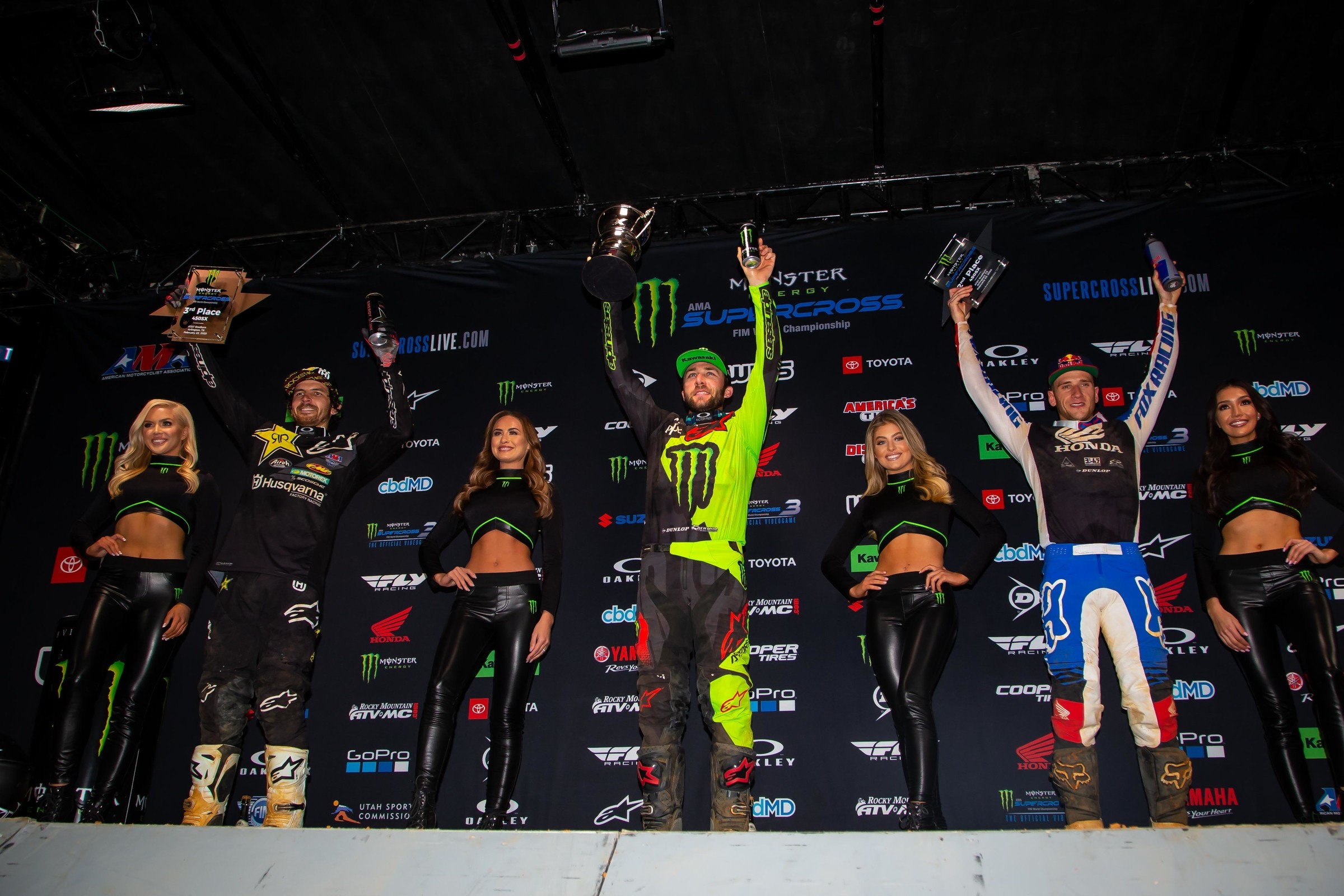 In the 450SX class, it was Eli Tomac taking his fourth win of the season after coming back from a fifth in main event one to win the last two races of the night. Ken Roczen was able to salvage a rough second race to end second on the night and Jason Anderson landed on the podium in third.

The 250SX class saw the second career win of defending champion Chase Sexton's career as he put in three steady results, including a win in main event two, to take the victory on the night. Points leader Shane McElrath took second and now shares the red plate with Sexton. RJ Hampshire wrapped up the evening in third.