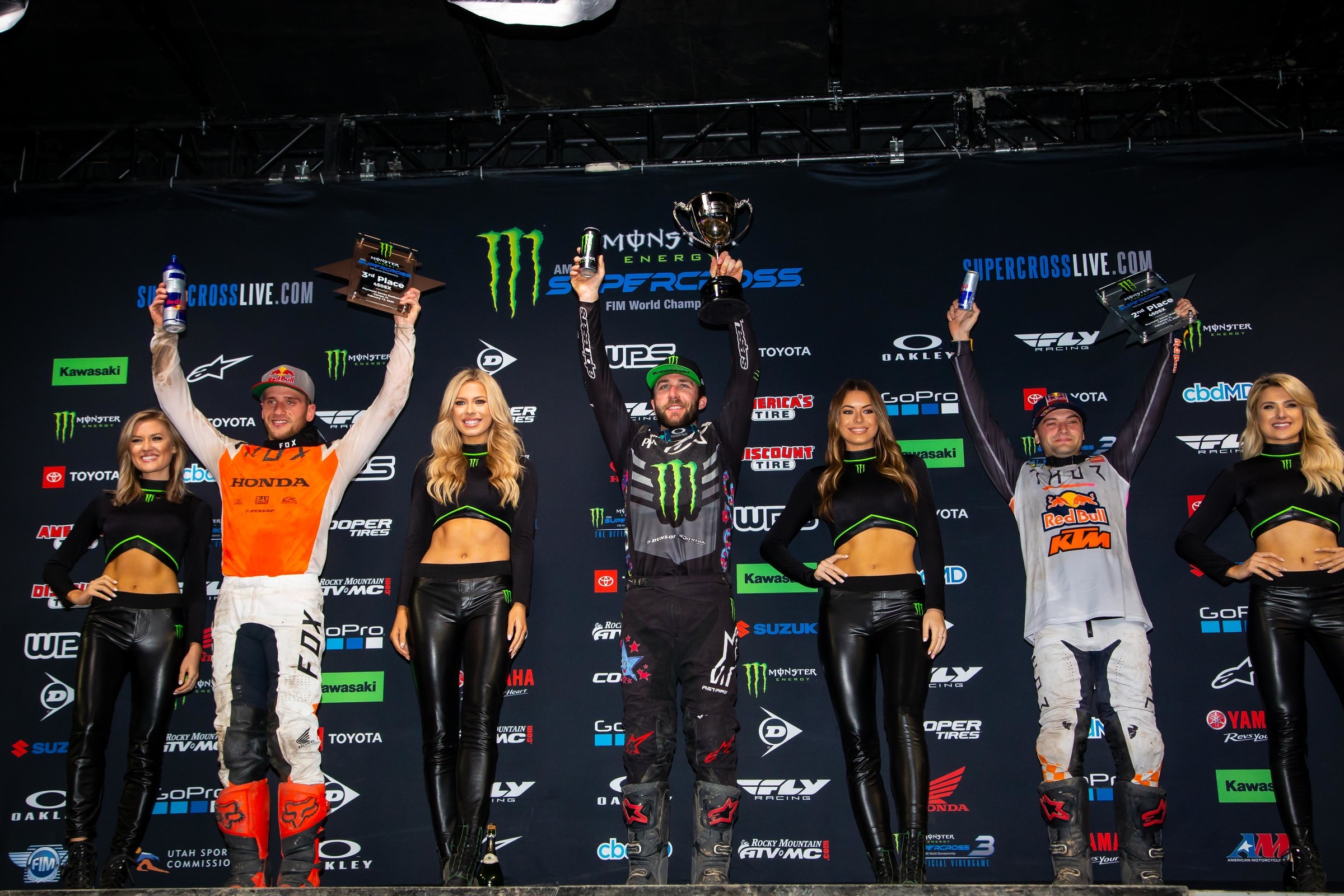 The seventh round of the 2020 Monster Energy AMA Supercross Championship marked the first round of the 250SX East Region Championship as well. With defending champion Chase Sexton coming in with the target on his back, a host of challengers looked to take the fight to him. The 450SX class had a new championship dynamic shaping up as well off the heels of Cooper Webb's first win of 2020 last week in San Diego.

The main event in the 450SX class saw Eli Tomac claim his 30th career win and also claim the points lead away from Ken Roczen who would finish third on the night. Cooper Webb took advantage of an Adam Cianciarulo crash from second place to move into second behind Tomac where he would finish.

In the 250SX class, Shane McElrath aboard his new Monster Energy/Yamalube/Star Racing Yamaha kicked off the season with a win ahead of defending champion Chase Sexton. Jeremy Martin rounded out the podium behind them.