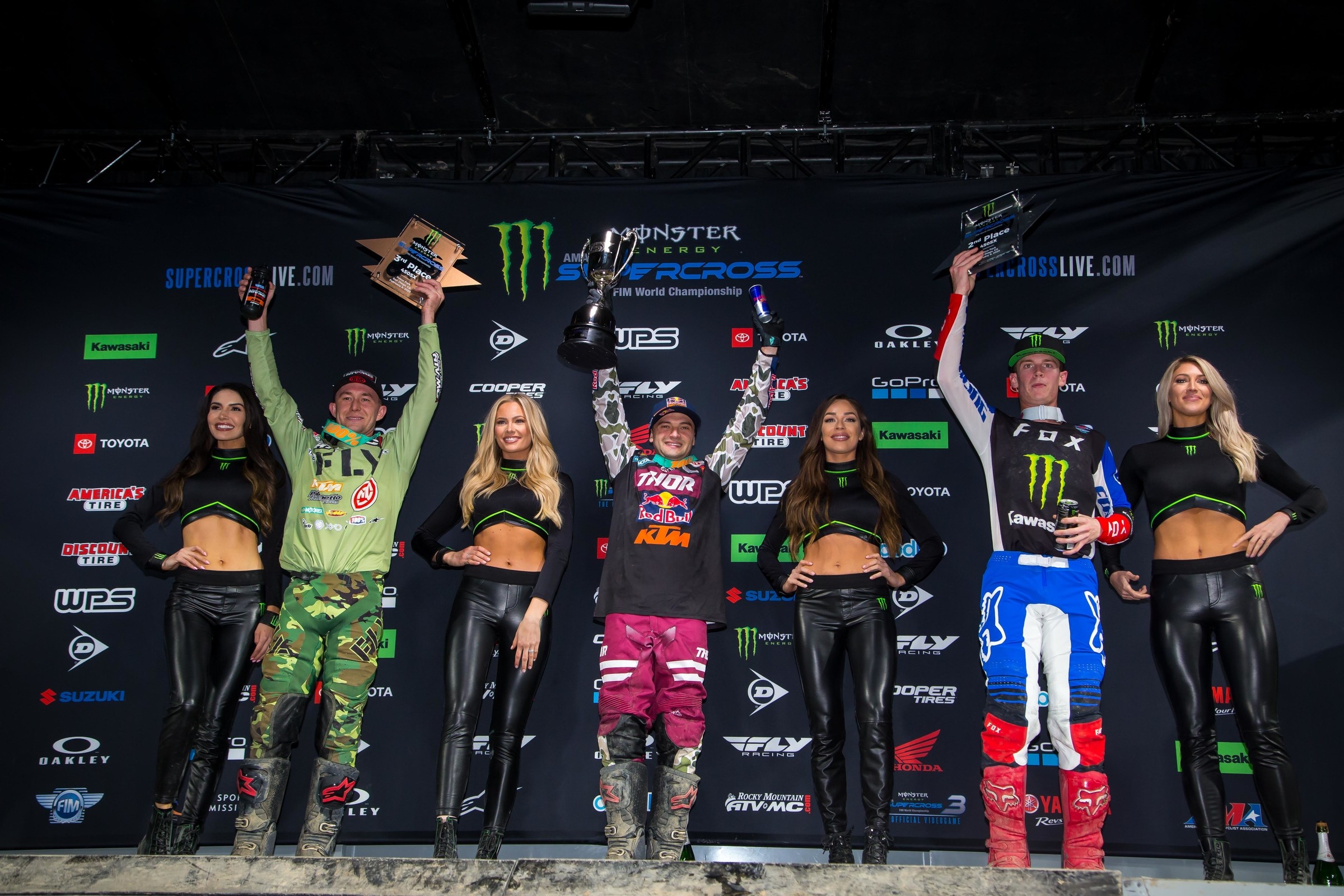 The sixth round of the 2020 Monster Energy AMA Supercross Championship was also the final stop in California as riders and teams invaded Petco Park in San Diego. Many talking points arose during the day from a difficult set of whoops, to tricky rhythm lanes that set up some unique passing opportunities, and more.

In the 450SX class, it was Cooper Webb who passed Adam Cianciarulo late in the race to pick up his first victory of the season. Cianciarulo was able to hang on for second over a hard charging Blake Baggett who kept the lead duo honest for the entire race.

The 250SX class saw defending champion Dylan Ferrandis pick up his third victory of the season and extend his points lead. The win did come with another pass for the lead on Austin Forkner that put the Monster Energy/Pro Circuit Kawasaki rider off the track, but Forkner was able to hang on for second once again. For the second week in a row, Justin Cooper also rounded out the box in third.