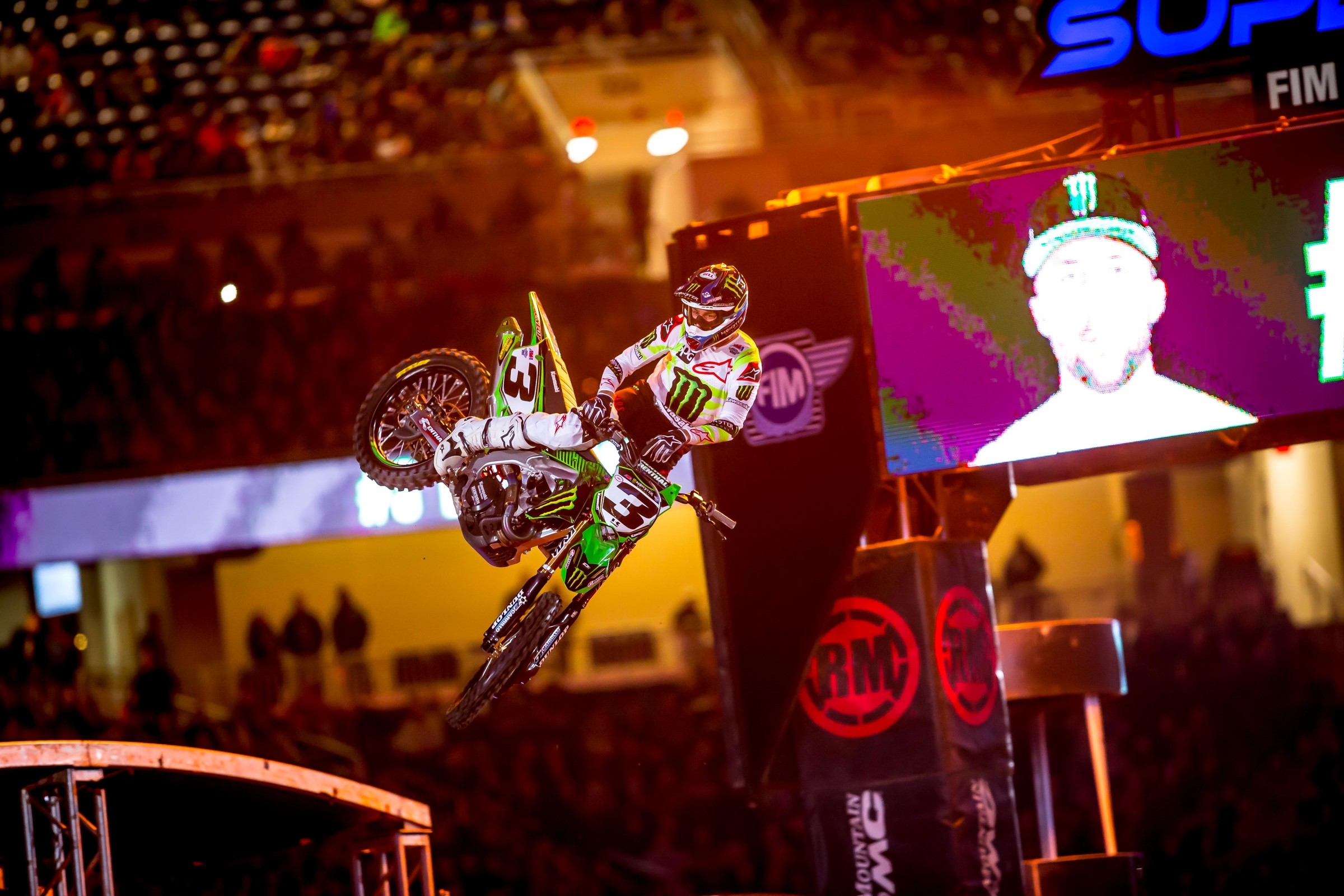 The 2018 introduction of the Triple Crown racing format to the Monster Energy AMA Supercross Championship also welcomed in a new category of trackable stats. No longer was it just the one single main event race victory at the end of the night that mattered toward championship points, instead this format brought three shorter races that combined to create an overall result at the end of the night.

The record book shows just one overall winner when all is said and done, but now that we are two years into this format’s existence, we thought it would be good to look at how the six Triple Crown races that have already been ran broke down from a statistical standpoint. It may only be six total race events, but there were 18 total gate drops. So, here’s a look at some Triple Crown statistics as we head into the first Triple Crown of 2020 at the Glendale Supercross this weekend.

Despite this, Austin Forkner is the only man to have won a Triple Crown overall twice in the 250SX class. Forkner claimed the overall win at the 2018 Atlanta Supercross and dominated at Detroit in 2019, sweeping all three races that night. After finishing in 17th place last weekend at Anaheim 2, Forkner could really use a boost from winning the third Triple Crown overall of his career this weekend at Glendale.

The 450SX class has seen only three men stand atop the box from the six events ran. Eli Tomac leads the way with three overall victories, winning two of them in 2018—Anaheim 2 and Minneapolis (and taking the 2018 Triple Crown trophy as well)—and claiming his third overall in Detroit last year. Cooper Webb was the Triple Crown master last year winning two of the three overalls at the Anaheim 2 Supercross and Houston Supercross. Jason Anderson has one lone overall victory from his 2018 championship winning campaign when he pulled off the victory at Atlanta.

We don’t have an actual name for these individual Triple Crown races (unless you are part of PulpMX Nation). For now, we’ll just call them races, apparently, and the top finisher on the night will be the overall winner. Just as it was above, Austin Forkner has been the man to beat in these individual races. He’s lined up for nine gate drops and crossed the finish line in first place five of those times.

Dylan Ferrandis is the only other 250SX rider who will hit the track this weekend with Forkner that has ever won a Triple Crown race. Ferrandis took the second race win in both Anaheim 2 and Houston last year. One thing to note about these individual races is the times have changed for how long they last. Initially, they were six, eight, and 12 minutes respectively plus one lap before being changed mid-season and adding a few minutes to each race. But last year, they were all changed to 10 minutes plus one lap and that will be the case once again this weekend in Glendale.

Similar to the 250SX class above, the 450SX class had a race length change prior to the start of the 2019 championship. Now all Triple Crown race lengths are 12 minutes plus one lap in the 450SX class, making the likelihood of a heat race master winning a race a bit less likely. That may have skewed results a bit, but the history seems to show that the bigger bore class has actually had a decent amount of parity at these races.

Eli Tomac is still the man at the top with five individual race wins from 18 races, but there are seven different riders who have managed to take the checkers in one of these. Certainly, the benefit of multiple gate drops is to provide more opportunities for different riders to win and the Triple Crown format has done a good job of that so far.

The stats above suggest that Austin Forkner has been good in Triple Crown races, but this stat shows that he’s been really good in this format. Forkner has led 63 laps of the 120 total laps he's competed in. If you combine the tally of second and third on the lap leaders’ chart, they still don’t have as many laps out front as the Monster Energy/Pro Circuit Kawasaki rider.

And, just like above, there’s only one other rider racing this weekend that has led laps besides Forkner, Dylan Ferrandis. With Justin Cooper possessing the red plate and a lot of recent drama in the 250SX class, we might see some new names pop up on this board by 10 p.m. on Saturday night.

The lap leaders’ chart in the 450SX class shows us a strange correlation. Cooper Webb and Jason Anderson sit second and third, respectively, on the chart, but all their laps out front came from the championship seasons. Cooper Webb never led a Triple Crown lap in 2018, but he led 49 of them in 2019. Anderson led 48 laps in 2018, but only lined up for one Triple Crown event in 2019 before suffering an arm injury. So now we look at Eli Tomac leading 56 laps from both years of racing as a rather consistent stat.

One man has been a Triple Crown star that we don’t normally see near the top of stats sheets. Justin Brayton has the fourth-most laps led in the class with 35. Brayton has been great in regular event heat races over the years and it seems that skill set has transferred over well to this three-race format. He could be another name to watch out for this weekend aboard his Honda CRF450R.