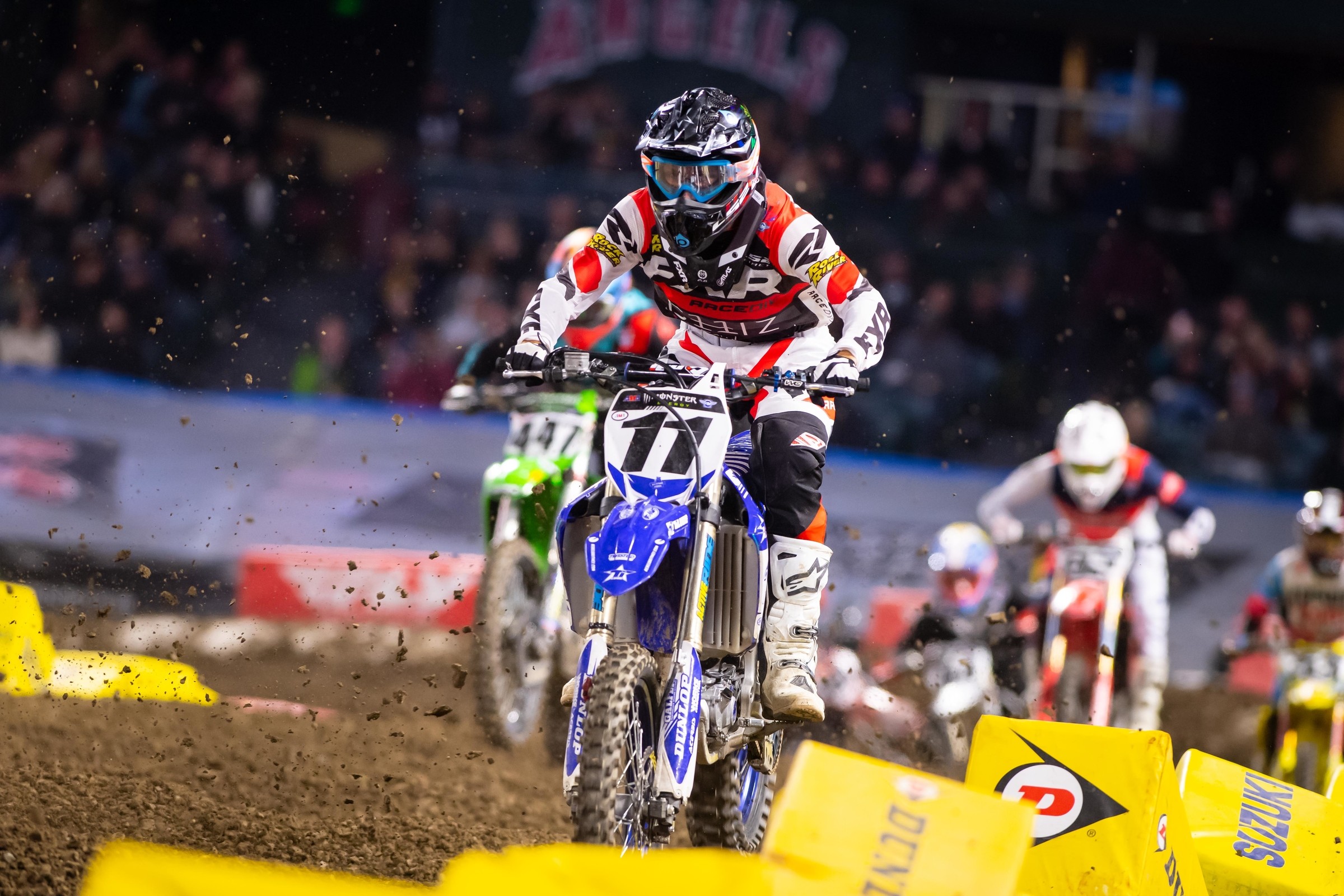 Anstie is out for the immediate future due to a preexisting ankle injury that required surgery before the season.

Comment: Chisholm went down at A2 and bruised his ribs and lung, coughed up some blood, and sustained a slight separation in his shoulder. He also told us his entire left side is sore. He went to the hospital as a precaution but checked out okay. He’ll miss Glendale and will rest up to be ready for Oakland.

Comment: Clason broke a bone in his thumb at A2. He has a splint and plans on riding press day to see if it’ll be possible for him to race in Glendale, which is his home race.

Comment: Merriam crashed at A2 and sustained a broken collarbone and ribs. He’s had surgery and expects to be out three to four weeks.

Comment: Miller is still waiting to get back on the bike after suffering a broken scapula in Australia.

Comment: Noren had surgery this week to have hardware installed in his lower left leg, which he injured in St. Louis. The team says it’ll be roughly 12 weeks from the time of injury before he’s back on the bike, and they aren’t sure whether or not he’ll race any more supercross in 2020.

Comment: Lawrence crashed while battling for the win at A2 and sustained a concussion and a broken collarbone. Currently there is no timetable on his return.