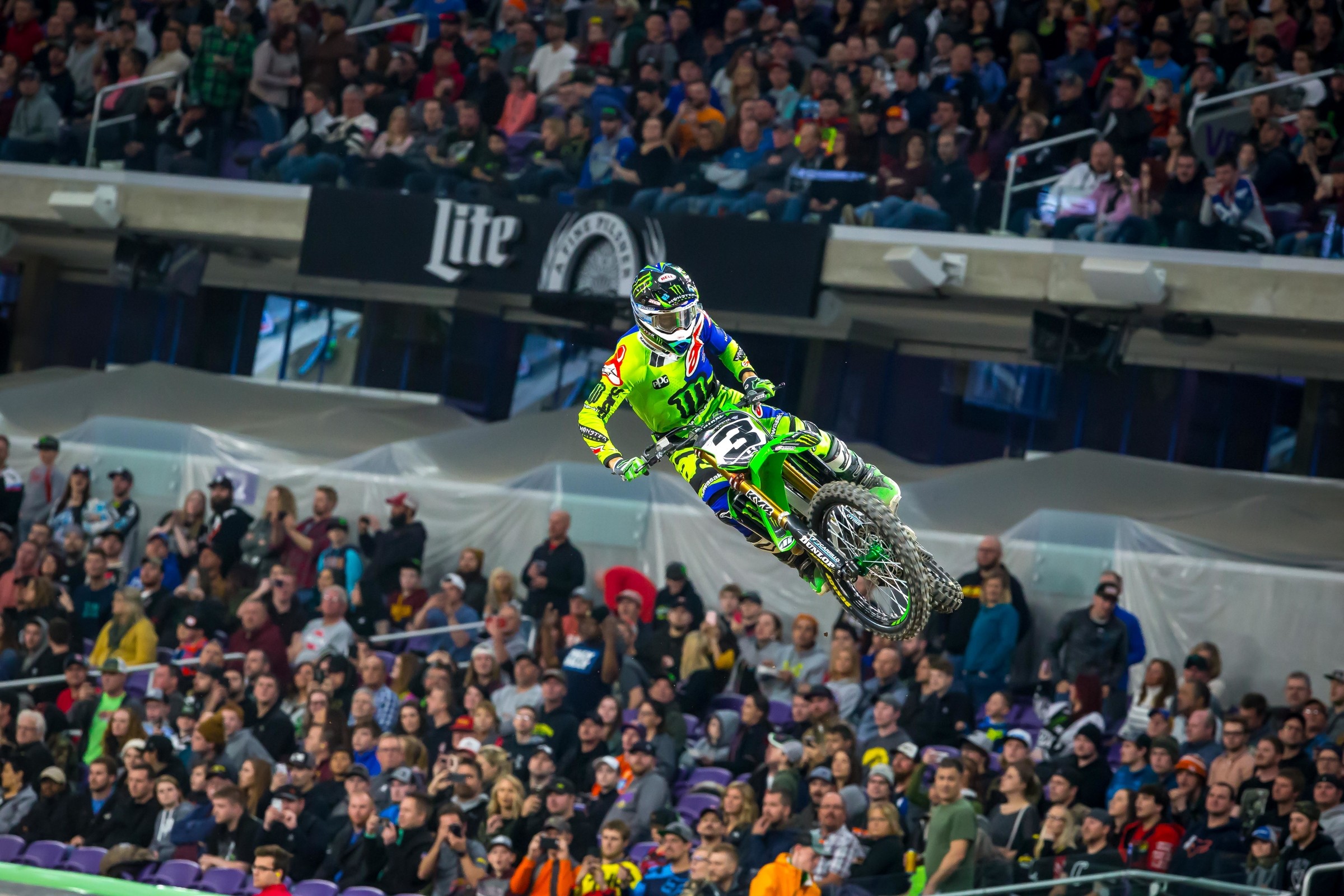 In 2018, Feld Motor Sports introduced the Triple Crown format to Monster Energy AMA Supercross. The format was a familiar one—it had been used at the Monster Energy Cup since the introduction of the race in 2011—but, as with anything new: some liked it, some hated it.

The Triple Crown makes its 2019 debut at Anaheim 2 this Saturday, round three of the championship. Detroit will host the second Triple Crown event on February 23, with Houston hosting the final event on March 30.

This will be the second time since the introduction of the Triple Crown that the lengths of the main events have changed. Initially, it worked as follows:

Between round three at Anaheim 2 and round nine of Atlanta last year, adjustments were made. For Atlanta and Minneapolis, two minutes were added to the first mains.

For 2019, we have more changes. Under the 2019 Rules Changes on the AMA site, the times for the Triple Crown races this year are as follows:

New for 2019, riders may use up to two motorcycles throughout the event. The new rules only apply to Triple Crown events. Motorcycles may be replaced in between races, but after the start of the sighting lap of a specific race, riders may NOT replace motorcycles.

Here are the official rules from the AMA regarding the use of two motorcycles.

d. For Triple Crown Format only:

1. Riders may use up to two motorcycles throughout the event.

2. Both motorcycles must have completed Technical Inspection and passed the sound test requirements.

3. During a race, the rider may NOT replace motorcycles after the start of the sighting lap on that specific race.

4. Motorcycles may be replaced in between races.

5. Riders or a team representative must notify a member of Race Direction if a replacement motorcycle is being used.

How Does Qualifying Work?

The fastest 18 riders in timed qualifying from each class make the mains. Then each class has an LCQ late in the afternoon to determine the final four gate entries into the mains.

What About Gate Picks?

How do we figure out the overall?

Total up the finishes in all three races and see who has the lowest score. Finishes of 1-3-3 equal a total of 7. Finishes of 2-2-2 equal a total of 6. The 2-2-2 beats the 1-3-3. This is Olympic-style scoring, so do not use the Lucas Oil Pro Motocross style points-payed-per-race stuff. Speaking of…

What about championship points?

By the way, the supercross record book will only record the overall winner of the night with a race win. Individual race wins will not count toward a rider’s career main event win total.

The tie-breaker for Triple Crown races is better finish in main event three.