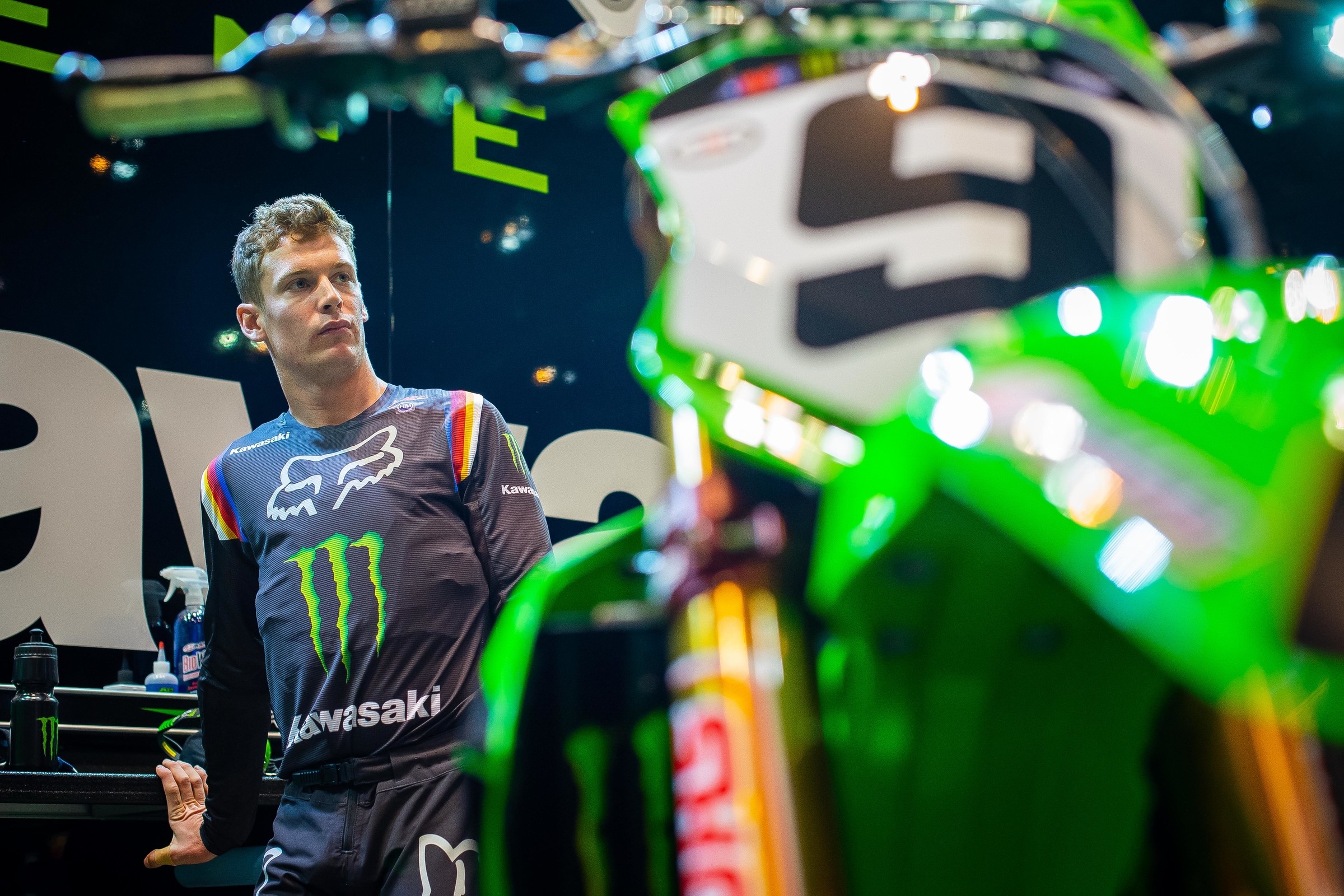 No Webb Magic in St. Louis

After miraculously turning an off-day into a podium performance at A1, Cooper Webb was unable to repeat the feat in St. Louis, where a further bout with illness limited the Red Bull KTM rider to 12th in the 450SX main, his worst result since Minneapolis in 2018, where he finished 22nd (after breaking his leg in the first turn of the first Triple Crown race). Last year, Webb propelled himself to a championship by being able to avoid these types of nights. Will he be back to form at A2? –Aaron Hansel

It doesn’t matter who you are, who your favorite rider is, or if you even like Ken Roczen. If you didn’t feel even a small amount of happiness for the Honda HRC rider when he won his first supercross last week in almost three years you’re not human. The injuries, illness, and adversity Roczen has overcome to get back on top are immense, and even his competitors probably felt good for him last weekend. Before St. Louis the question was whether or not Roczen would win again. Now that he has, the question becomes, “When will he do it again?” -Hansel

Back on the Right Track

Literally. After a near crash and subsequent cutting of the track at A1 that cost him two positions, Austin Forkner did things perfectly in St. Louis, leading every single lap of the 250SX West main event to claim his first win since tearing his ACL last year. And since guys like Christian Craig, Michael Mosiman, and Dylan Ferrandis all had bad nights, Forkner boosted himself significantly in the points too—he now sits in second place, just five back of Justin Cooper. If Forkner puts it all together again at A2 it’ll be a solid step in establishing a winning tone for the season. –Hansel

Sometimes defending a title is harder than winning the first one, and so far that’s been true for defending 250SX West champ Dylan Ferrandis. Although extremely fast, he hasn’t found the winner’s circle yet. He got a bad start at A1 and found the dirt in St. Louis when he and Michael Mosiman tangled. He managed to salvage 12th but is now out of first by 15 points. It’s far from insurmountable, but it’s far better to be on the winning side of a points deficit than the other. We’ll see how he responds this weekend. –Hansel

When the racing ended at the opener in Anaheim, rider consensus was the dirt was quite a bit looser than usual, leading to a technical, rutted, and tricky racing surface. But with Monster Jam coming through the following week, the dirt is likely to be substantially different for A2. Monster trucks aren’t light machines and those tires have a huge footprint, which ends up compressing the dirt quite a bit. Expect the track to race differently this time around. -Hansel

Justin Barcia backed up his opening round victory in St. Louis last week with a solid second place while under the weather. Though Barcia himself would like to think he’s a firm championship contender at this point, his track record hasn’t exactly shown this current form to be consistent. Bam Bam would like to keep this roll of good starts, consistent rides, and podiums going. If he can do that, we may have another real player in this race for the title. -Kellen Brauer

Two free practice sessions and four qualifying sessions into his rookie 450SX season, Adam Cianciarulo has been fastest in all of them. Though that raw speed has yet to convert to a victory, AC certainly has turned some heads in the early goings of this championship. Putting the racing aside, it will be interesting to see if he keeps up this string of qualifying domination. If he sweeps the day program once again, it will be another sign that his first career 450SX win can’t be far away. -Brauer

Sixteen-year-old Jett Lawrence spent half the main event in St. Louis just bike lengths from Austin Forkner’s rear wheel. The enigmatic Aussie had a lot of hype built around him coming into the season and he definitely hasn’t disappointed. Though a bent rear brake lever caused him to drop off the podium and down to fifth last week, he learned some valuable lessons racing with the leaders for so long. If he can start out front again this week, maybe he stays the course for the full 15 minutes plus one lap and lands himself on the podium. -Brauer

Every week, the whoop section can make or break how a track ultimately races. This week, we have two sets of long whoops in back-to-back straight-aways. Even better that there are bowl turns at the end of them, albeit after a supercross triple and a peaked double, respectively. As Hansel said above, this soil is likely to be much harder and slicker this weekend meaning the whoops should stay relatively in-tact with some mild cupping. The whoop masters may finally have the first weekend of the season where they can really shine. Who is ready for some Malcolm Stewart highlights? -Brauer

Is Technical Supercross Back?

It doesn’t matter who you talk to, the general consensus is that supercross tracks used to be amazing and now they have become more “cookie cutter.” Omit 2020 thus far. The first two rounds have featured taller rhythm jumps with the idea appearing to be keeping speeds down by increasing airtime. Whether or not the jumps are built like that often depends on how much dirt is brought into the stadium. This week’s track looks less dirt consuming than the opener with more open floor space in the middle so it’s possible there’s even more dirt that can be spread around to the jumps on the track. Taller jumps, taller berms, taller whoops, people like the technical supercross tracks, and so far 2020 has delivered. Will round three offer the goods? -Brauer