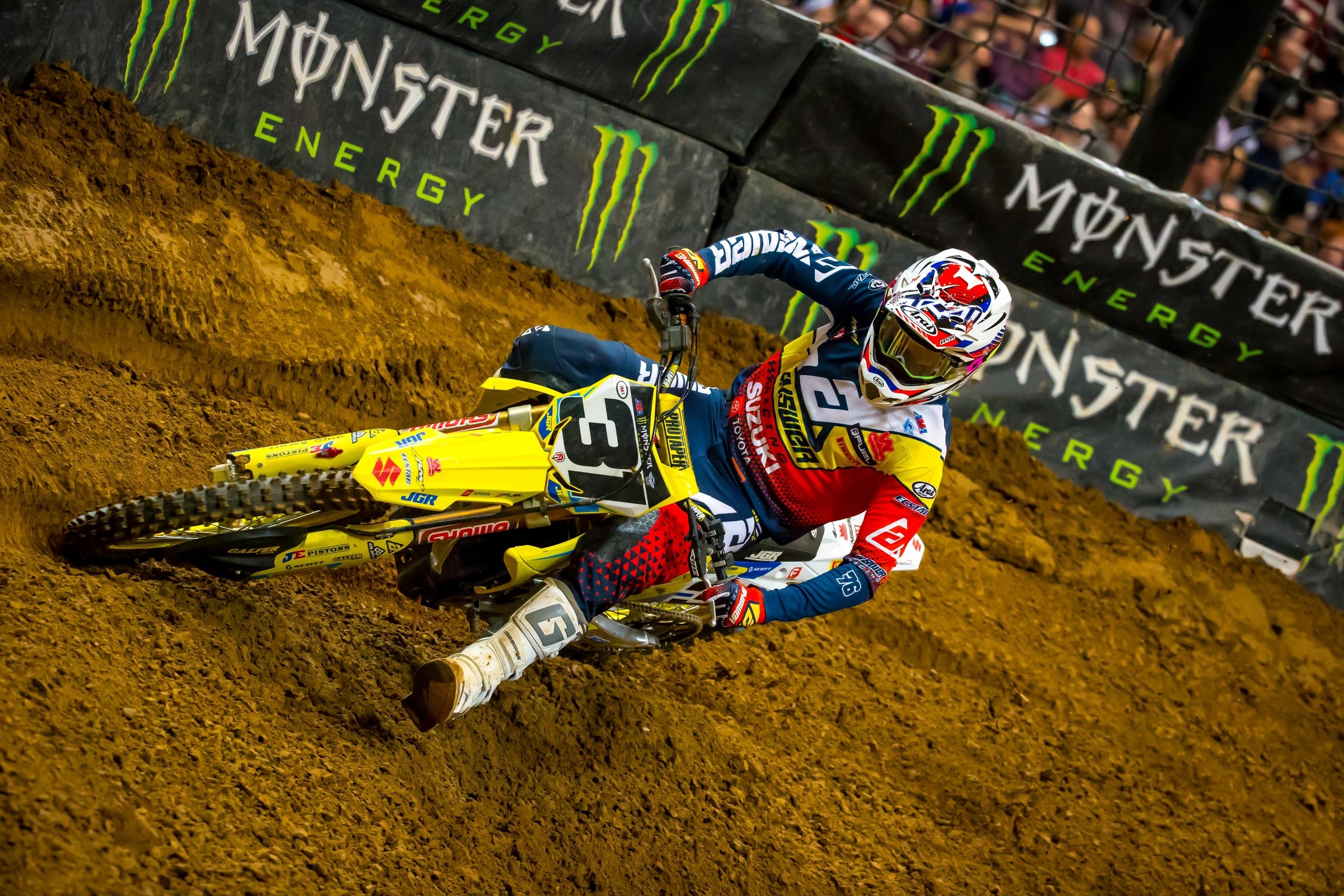 Anstie is expected to miss at least half the season after undergoing surgery to fix an aggravated ankle injury.

Comment: Enticknap has been sidelined with tendon damage in his right wrist but is planning on riding press day at A2. He’ll make a decision then on whether or not he can race based on how his wrist feels.

Comment: Miller broke his scapula in Australia and has been out since. He tells us he’s maintaining cardio but is still waiting to be able to get back on the bike.

Comment: Musquin had surgery on his injured knee and will miss the entire 2020 season of Monster Energy AMA Supercross Championship.

Comment: Noren injured his left leg in St. Louis and is out for the immediate future.

Comment: Joey Savatgy broke his heel in Australia and is out for the immediate future. Depending on how things go there’s a chance he could return for a few races at the end of the supercross season.

Comment: McAdoo crashed in St. Louis and sustained a fully collapsed right lung and a partially collapsed left lung. He was released from the hospital this week and is feeling much better, although the team is unsure when he’ll be able to get back to racing. If you’re a McAdoo mega fan going to A2, don’t worry, he will still be hanging out at the Monster Energy/Pro Circuit Kawasaki pits.

Comment: Lawrence suffered a shoulder injury a few weeks ago but is hoping to be ready for the first gate drop of the 250SX East season.

Comment: Martin is ready to race and will line up for the beginning of the 250SX East Region in Tampa.

Comment: Nichols hopes to be ready for start of the 250SX East season after dislocating his shoulder in October.