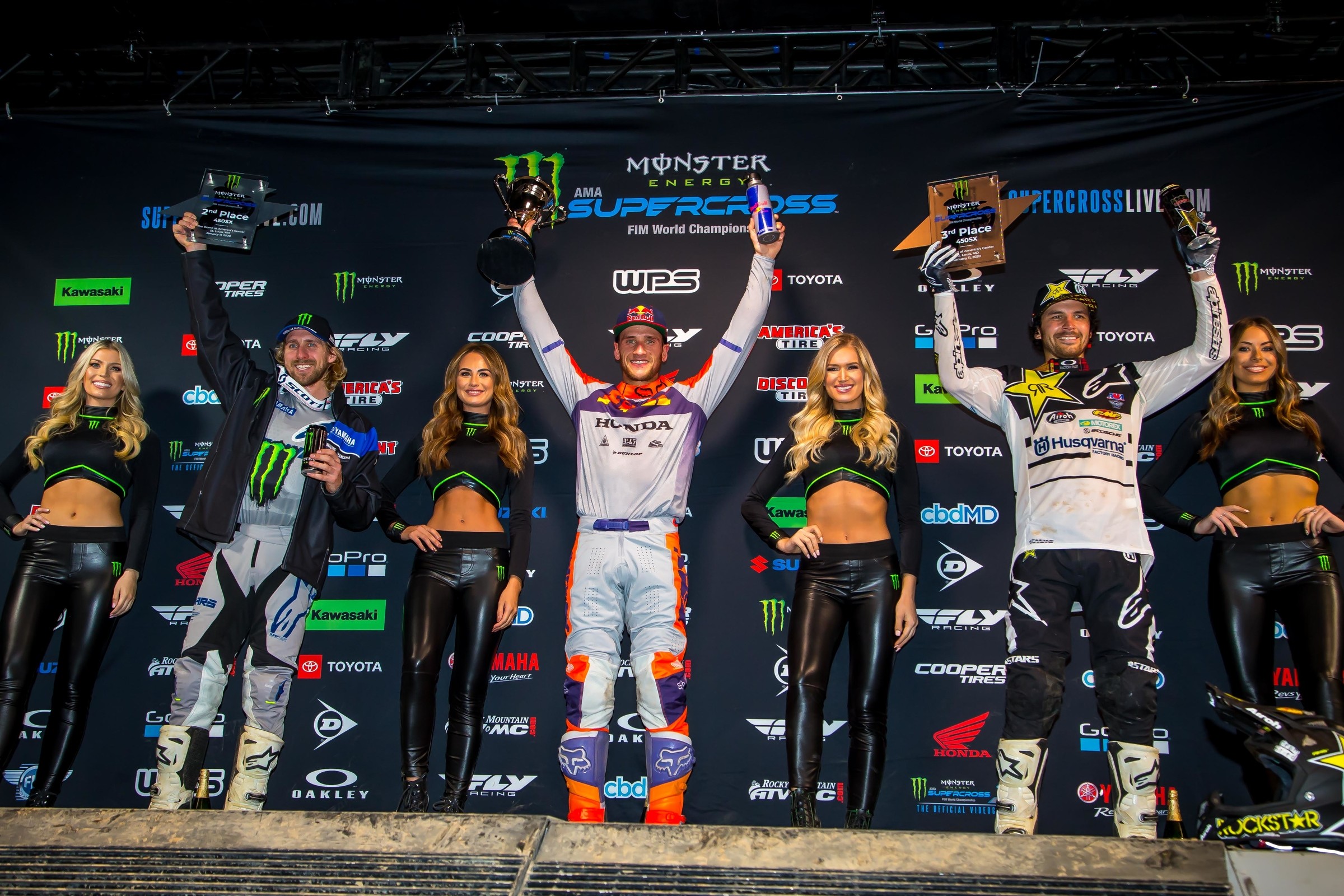 The second round of the 2020 Monster Energy AMA Supercross Championship took place last night at the Dome at America's Center in St. Louis, Missouri.

Honda HRC'S Ken Roczen took the lead on the second lap before cruising to the main event victory, his first in nearly three years.

Our Jason Weigandt grabbed the Honda HRC man for an interview after the post-race press conference.