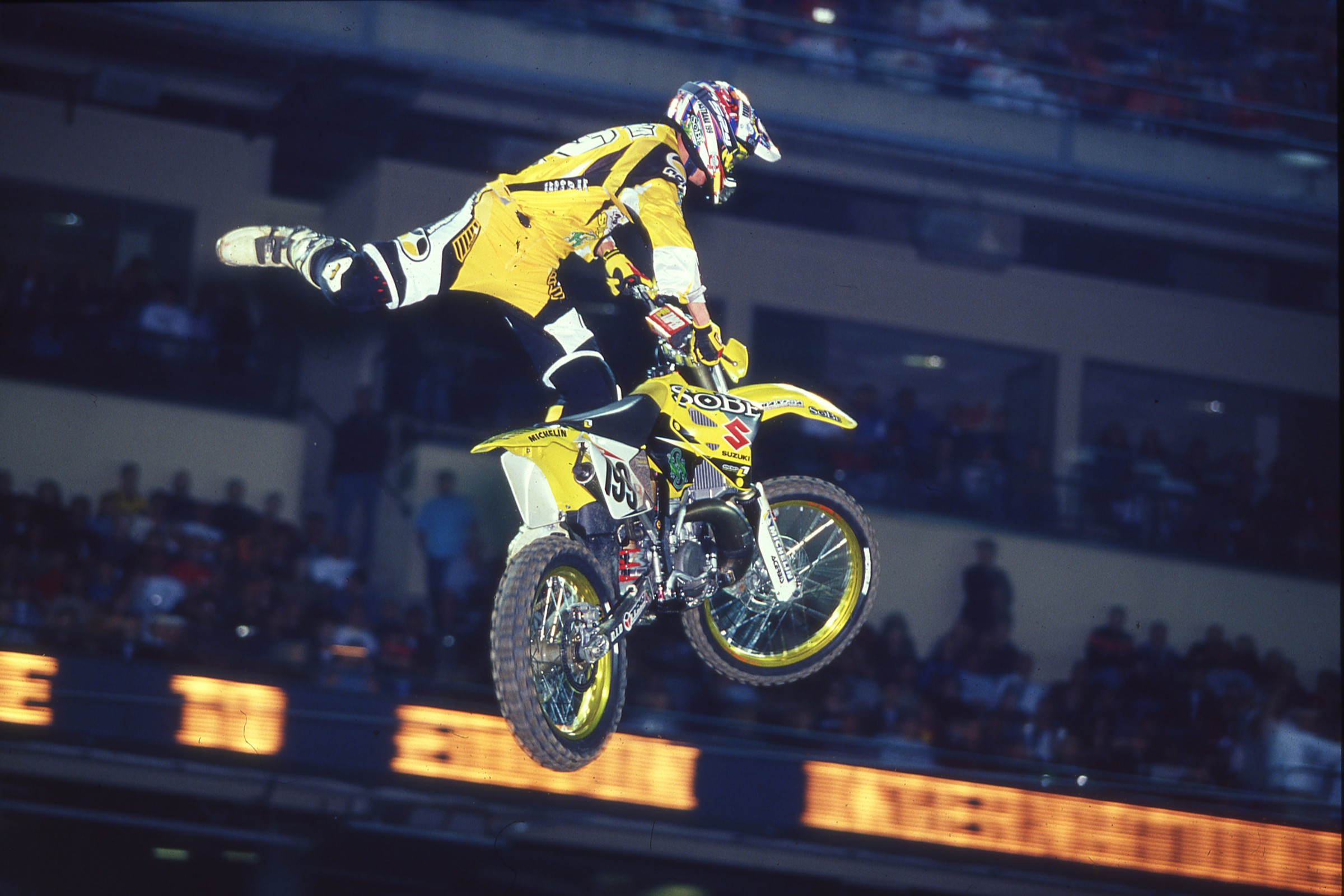 Even when Travis Pastrana does something wrong he does it right. He never reached the expected heights as a racer, but countered by becoming the biggest name in action sports. Some of his stunt attempts failed, but the failures paved the way to greatness. He has a relentlessly competitive nature, but marries that with an infectious personality that put everyone on the ride alongside him.

In short, even when Travis has to do something bad, he makes it good. In this week’s announcement that he is going to start riding KTMs instead of Suzukis, he navigated the waters better than anyone. Pastrana to KTM is as odd as Emig to Husqvarna, McGrath to Kawasaki or Villopoto to Yamaha, in that these names were well-established riding for other brands. Oh, now we can throw in Ryan Dungey and his new ownership stake in GEICO Honda—a team he never raced for. For all of these guys, the only explanation they could use at the time was to make a fuzzy connection to heritage with the brand (Villopoto rode Yamahas in his early minicycle days, McGrath was a product of Team Green) and then a hope that the whole thing would look logical in a few years. They have made it work—with enough appearances, races, and time on a brand, the vision began to come into focus. Within a few years, likely the real reasoning behind Dungey’s team-ownership plan will make sense. For now, we just have to keep blinking every time we see the photo. Wait. Is that really Dungey in a GEICO hat? Is that really Villopoto on a Yamaha?

For Pastrana, there will be no such lag time. He has the ultimate out: two-strokes.

As if Pastrana wasn’t already the people’s champion, the timing of his career has made him a two-stroke guy frozen in time. All of his contemporaries had to switch to keep racing. Anyone younger was already there. Travis could ride whatever he wanted and the sound of a crisp RM250 certainly didn’t hurt his brand. Yeah, we saw him on RM-Z450s sometimes, but the two-strokes were never fully retired, just like Travis himself. But it’s been a long time since Suzuki has even made two-strokes. KTM still makes them right now.

Look, this deal makes all the sense in the world. Suzuki is struggling just to find budget for its race teams, we doubt there has been money in the coffers for a real Pastrana deal in ages. Plus, they have Ricky Carmichael on the marketing angle. Pastrana has been riding Suzukis out of sheer loyalty, while ignoring all the leverage his personal brand creates. Travis has never appeared as one to do things for money, but if Jeremy McGrath, Jeff Emig, and Ryan Villopoto can still get endorsement deals, you know damned well Travis Pastrana can.

He did it right, though. We heard Travis sent a personal note to everyone who he was ever involved with at Suzuki. He didn’t have to, because he didn’t even really have a deal with them anymore, plus, a lot of the people he worked with a decade-plus ago aren’t even at the company anymore. This isn’t even their deal. Yet, he reached out personally to thank them.

As soon as Villopoto started riding YZ125s and YZ250s, any complaints went away. If the endorsement deal gives real freedom to do the cool stuff fans want to see these guys do, everyone is happy. Pastrana carrying the flag for KTM two-strokes—which are carrying the flag for two strokes as a whole. That’s something no one can argue with. Pastrana successfully moved from a brand where he had 20-plus years of history to a brand to a brand where he had none. Yet, it makes complete sense.

Making something that should not work, work. That’s the Travis Pastrana brand. If anything, this was one of his least-risky moves, ever.