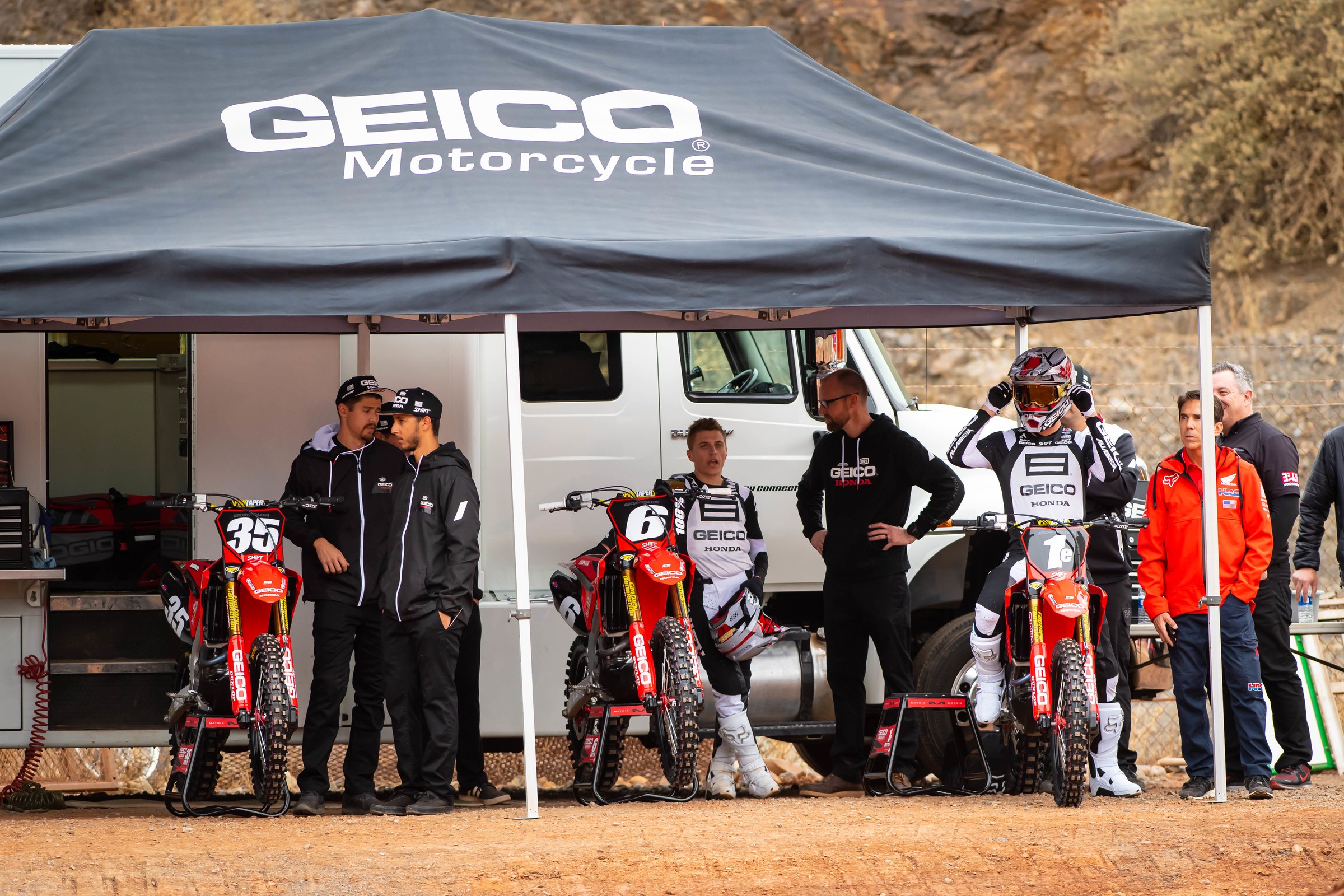 250 Words Sexton and a Shuffled Deck

A year ago at this time, Chase Sexton suffered a broken collarbone in a mountain bike crash, shifting his plans from 250SX West to 250SX East. That worked out for the best, seeing as Sexton ended up winning the 250SX East Region Championship last year (Austin Forkner would like to have a word about that). However, despite having a number-one plate to run, rumor had it that the GEICO Honda squad was set to deploy Sexton to the West Coast for 2020.

This was unofficial, of course. No 250 team will ever come straight out and announce coasts in December. Cue a Steve Matthes rant.

Well, it appears Sexton will get to run his number-one plate anyway, because he’s broken his collarbone again, and that will push him back to the East Region Championship. Sexton already suffered a broken collarbone from riding earlier this off season, then he got back up to speed and was riding again before another accident over the weekend set him back again. That’s three collarbone breaks in 51 weeks for Chase, but in motocross, breaking a collarbone is like stubbing your toe. Sexton will be back, and if last year is any indication, he’ll be fine.

East Coast it is ? Unfortunately I had a mishap on Sunday riding 110s that led me to breaking my collarbone. This feels like deja vu to last year but I’ve already gotten surgery to fix it and we are on the mend now! Off the bike for 3 weeks and then back at it trying to defend the #1E this year! THANKS TEAM FOR BEING BEHIND ME @fchonda @honda_powersports_us #CantFixStupid ?

This does leave the GEICO Honda team with some decisions to make, because several other riders appeared East-bound already. You’ve got Jeremy Martin returning from injury and stating in several interviews he’d like the extra time to go race East. Jo Shimoda is a rookie and rookies usually want extra time, which makes East likely for him. Same for Hunter Lawrence, who is not only looking at a supercross debut but also rehab from the ACL he tore toward the end of the Lucas Oil AMA Pro Motocross Championship. Sexton, Martin, Shimoda, and Hunter Lawrence would make for four east riders, with just Christian Craig and Jett Lawrence healthy and ready for the West. Best bet? Shimoda isn't coming off injury like Hunter Lawrence and JMart, so maybe he's the one to move to Anaheim.

This all makes Craig’s recent suspension reduction from the FIM huge, because the team really needs him in the West. Had Craig’s two-year suspension held, he wouldn’t have been eligible to race until March, which would have forced him East, also. Getting to race at round one of the West now is huge for his team. But who will join him? Jett Lawrence has hype but is just a few months into supercross prep with very little background with indoor racing. Will Shimoda move just to balance the roster? Can Martin—who has ridden very well at races like Monster Energy Cup and the Paris Supercross—go West? GEICO Honda flip-flopped Martin and Craig just before the 2017 season sending Martin West and Craig East. It backfired, as both had bad seasons. So, there’s a cautionary tale there.

While the 450 class will always get the lion’s share of attention when Anaheim looms, the chess match of East/West in the 250 class might end up making a huge impact by the time the points are counted at the Salt Lake City finale. It certainly worked in Sexton’s favor last year.