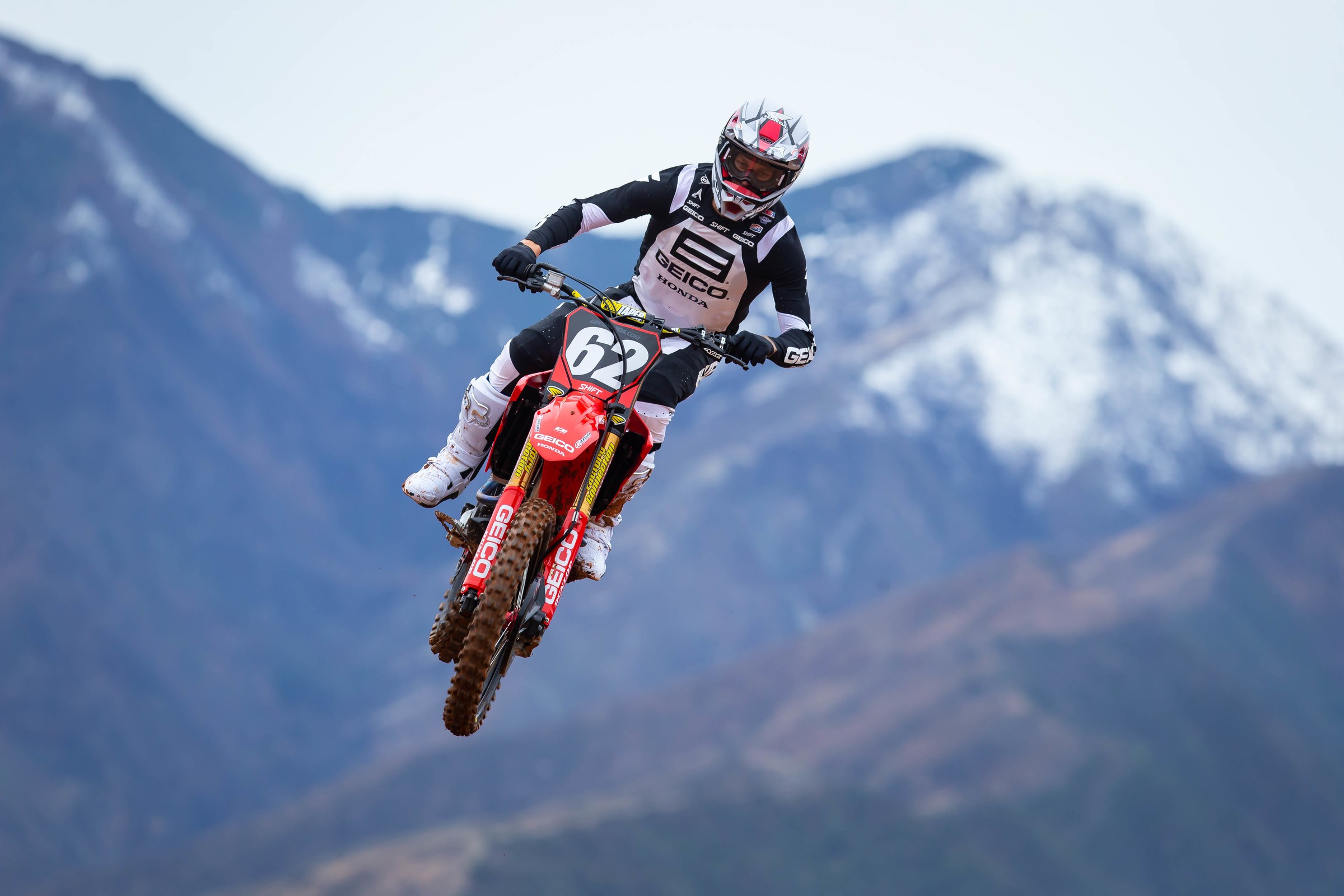 Over the summer of 2019, word came out that GEICO Honda’s Christian Craig had failed an anti-doping test…at the 2018 Daytona Supercross. Apparently Craig had been alerted to his test results ten months after the March 2018 event, but the whole situation had been kept quiet for several more months while Craig awaited a penalty. He finally got one, a suspension that is set to expire in March of 2020, two years after his original test.

Craig, however, still has hope that he could be legal to race Anaheim in January. Aaron Hansel caught up with Cristian at Honda’s factory team intro yesterday.

Racer X: Let’s talk about that suspension. Just very quickly go over that situation. You don’t have to dwell too much on how it began and all that.
Christian Craig: I think everyone in the industry kind of is on my side with how everything has been handled. It was all handled really, really poorly. Like I said, I found out ten months after the race where I got tested [that a sample had been found positive], and that’s why I’m still fighting this. I believe I don’t deserve the penalty I was dealt. I’m going to fight to where I can be at A1. I’m serving my time right now, obviously. I think it’s right to serve something, but for how it was dealt I think it’s only fair that it’s handled the right way this time. This is something that needs to change, especially with the [Broc] Tickle situation and now me. In the future, it’s going to keep happening. I just hope no one has to go through this stuff. It’s the biggest headache. It’s put the biggest stress on my family, my friends, everyone around me. It’s taken away a lot of things from me. Obviously my racing went bad just because I had so much on my mind. I know I’m better than all that, but I just hope it can be dealt with a lot better and professionally in the future, whoever is next. I find out here in a week. It’s been a long time coming and it’s finally here. I fly out Friday and go to court on Monday.

So there have been some leadership changes with the FIM. Since then, have people been more receptive? Has it been more of a receptive attitude in terms of being more open to these kinds of appeals and that kind of thing?
Yeah. I would say it’s changed it quite a bit. Just right away how it was handled was crazy. Then obviously I heard what was going on with the FIM changes. I think they wiped out everyone there, the whole office, and they started fresh. That’s a good thing, but I do believe that when we’re racing in America I think our tests don’t have to go overseas and be dealt with the whole different thing. That’s why I think we switched to USADA instead of WADA. So now it’s going to be dealt with a lot quicker and efficiently. Outdoors is already dealing with USADA. I’ve never been tested outdoors, but I heard that within a week you get an email saying that you either failed or you’re good. Everyone that I’ve dealt with, I’ve heard that in supercross they don’t find out for months, especially me, and then the way it’s dealt obviously is just a headache. So I think the USADA thing is going to help out with WADA gone. But I’m still dealing with the WADA situation, obviously. That doesn’t change my whole thing. But like I said, it’s been a full headache. I’m looking to finally get this off my back and get back to normal.

You said you’re looking to be back for A1. Can’t predict the future, but do you have a good feeling about it? Or are you just waiting to see?
I think we have a good case, what we stand on and what we’re going to fight for. I’m fighting for three months relief. It’s not like I’m fighting for over a year. Either way, worst case I’m riding March 11th. I’m racing March 11th. It’s pretty much just a yes or no they’re going to give me. So I’m good to go at A1 or not. I really don’t know what to expect. Everything we’ve gotten from them has been a no from FIM. But that was straight from them, and now it’s up to someone else that has nothing to do with the FIM. So, that’s why we’ve been fighting it to get to this point. If we present our case, I think it’s going to play in our favor. All you got to do is just hope it goes your way. I’m just ready either way.

Are you prepping as if you’ll be ready then for A1?
Yeah, fully. I’m ready right now. I’ve been ready. Been riding supercross for a couple months, actually, testing. I’m ready for A1. Just hope for the best.

I’ve heard a lot, and not just with moto athletes, but a lot of professional athletes a lot of times they get caught for trace amounts of stuff, and I’ve heard a lot of it is in the factories of supplements and that kind of thing. When they make these things, they don’t necessarily clean the bowl, I guess. So is there a way around that? You can’t completely avoid vitamins and supplements.
Yeah. I took stuff that I was told is clean and a lot of other riders are taking, and are still taking. We just don’t know what’s in it. A lot of the manufacturers are at the same warehouse and they all get put together by the same people—other banned substances and good substances. So you just don’t know what you’re putting in your body. I’ve learned. I put stuff in my body that has a label that says, “This has been tested” and is fully legal. It’s either that or water. It’s pretty crazy how a banned substance can do that to you, just a trace amount.

Is there even a way to tell? If you test and you have a trace amount, is there even a way to tell if it was just a little bit that was accidentally ingested? It seems like there should be some leeway there.
I don’t know how all that works. I think we should all be tested for performance enhancing drugs. Obviously the steroids, EPOs, and all that stuff. But the stuff I got busted for, it’s for a blood pressure thing and I still don’t get what it is. There’s no performance enhancing to it. I’ve stated all my stuff and I’ve said how frustrating all this is. Obviously I got caught and I have to serve something, but I do believe that the penalty was too rough. So that’s why I’m fighting it.