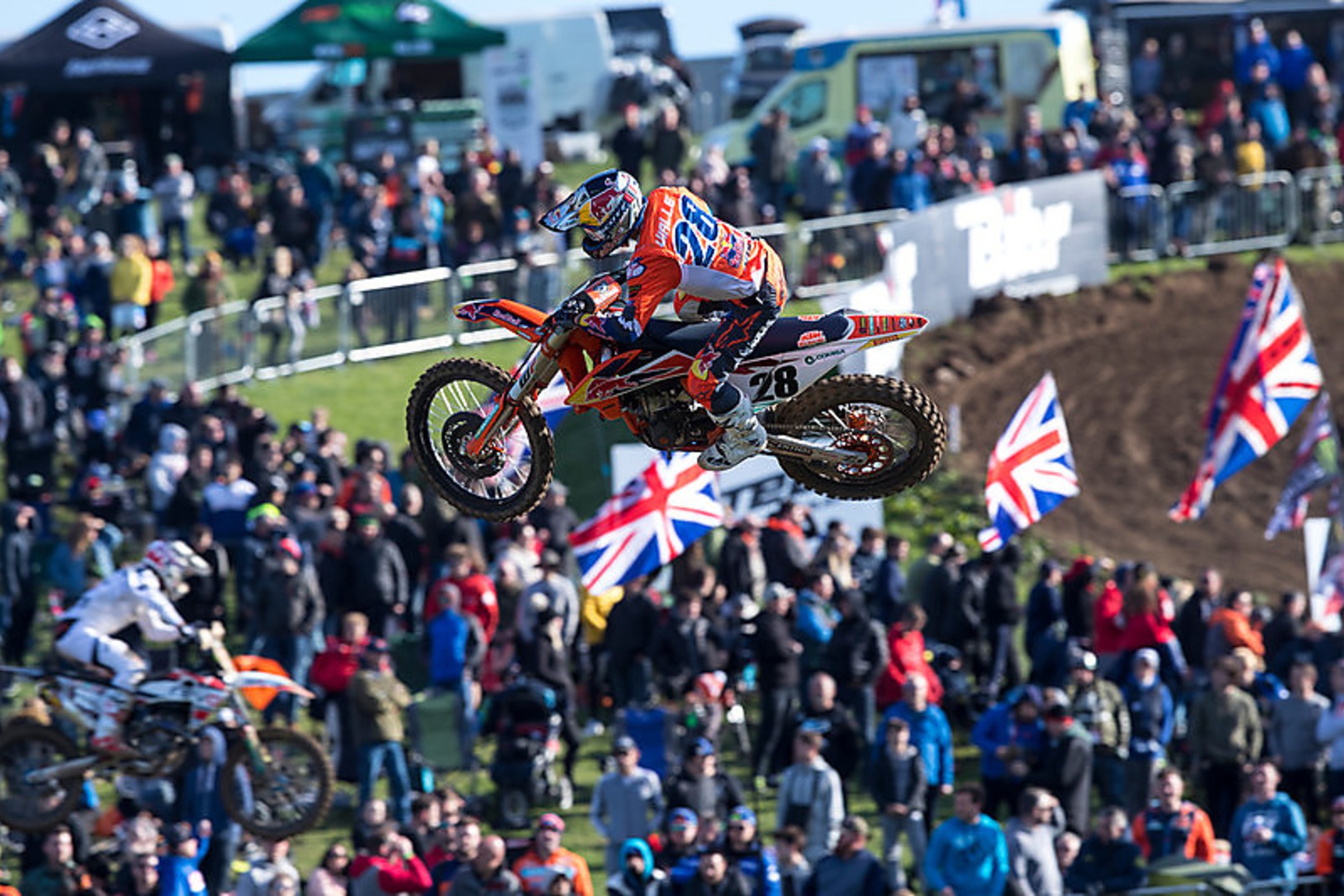 The British Grand Prix will serve as the first round of twenty in the 2020 FIM Motocross World Championship and will take place at the end of February next year after publication of the latest version of the MXGP calendar last week.

The popular Matterley Basin circuit, stewarded by Bike it DRT owner Steve Dixon, had initially vanished from provisional calendar due to the high costs of producing the event. The opening race of the schedule had been ‘TBC’ with rumours of a new date in the Middle East or even a trip to Australia—the first time for MXGP in the country since 2001—but promoters Youthstream have chosen the Winchester-based site to launch the fresh campaign in the winter slot of February 29-March 1.

Matterley did host the first European fixture of the 2019 contest in late March. At that date, the English climate proved favourable (and organisational costs for Dixon and his crew were significantly lower than a summer slot).

“We kept talking with Youthstream and we have a good relationship with them so we knew there was a chance the GP could come back,” said Dixon, who also confirmed that the tenth Grand Prix at Matterley Basin would make the facility the most prolific for British motocross in the last 30 years. “We have learned our lessons about making the event as efficient as possible and the costs are much better at that time of year, so we were able to make it happen.”

Dixon revealed that Youthstream asked Matterley to take an early berth on the 2020 slate. “It’s three weeks earlier than this year but—aside from the GP where we had some snowfall a couple of years ago—it is normally quite mild in the region and I knew we’d stand a good chance for 2019 and it worked out well. It’s great to have the first round. I think it is the first [round] one in Europe since 2012; there are so many race scenarios and I don’t think we have seen a better line-up in the premier class while nobody knows what will happen in MX2.”

Dixon does not know if Britain’s near-miss of losing MXGP will have any bearing on the reception from the fans or the public but is already preparing a ticket sale campaign that will begin on November 1 and involve an early bird price of just 45 pounds for an adult weekend ticket; with the possibility of purchases being paid in installments.

MXGP will move to Valkenswaard in Holland a week later (that event now gets the title of "Netherlands" and sees Assen disappear from the calendar generally for the first time since 2015) and then to the first of four flyaways with the Grand Prix of Argentina set for Neuquen on March 22. New venues come in the form of Jakarta for the first of two stops in Indonesia (and the expected farewell to the red dirt of Semarang) and the KymiRing in Finland. Four consecutive weekends of racing in Turkey, China, Italy and then the 74th Motocross of Nations at Ernee in France means a hectic September.