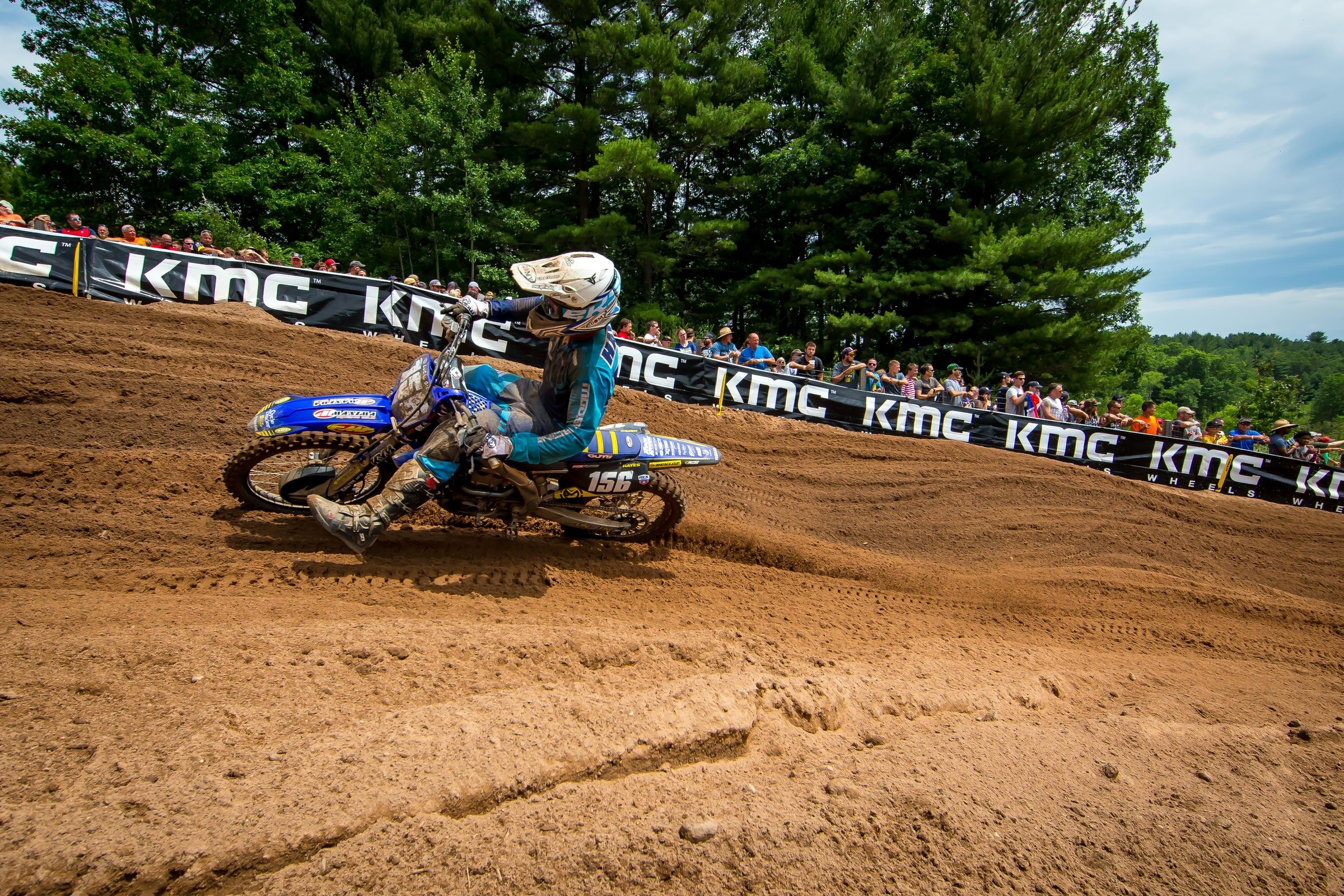 There are a lot of unsung heroes in the pits each weekend. People who are there working way too many hours for way too little of pay because, they love the sport and all that matters. Maybe that’s why the majority of the people in the pro pits are good, friendly, people: they’re doing what they love for a living.

Sometimes, though, someone realizes the balance is off and they need to reset the time/work/business allocation. That sometimes costs us a friendly face in the pits. Cycle Trader/Rock River Yamaha Team Manager Christina Denney is one of those people. The team has existed on the fringes of a factory support team for a long time now and helped a lot of riders move through the ranks, including Weston Peick, Alex Martin, Colt Nichols, Luke Renzland and Alex Ray, and both Brandon Hartranft and Jacob Hayes this year.

The team is owned by Mike DuClos the owner of Rock River, a Yamaha dealership in Wisconsin. Rock River Yamaha is a big part of Yamaha’s amateur racing operation, but also morphed into a pro team some time again. Denney, along with her husband Chris, came aboard as a sponsor for graphics and such (they own the graphics company Roost MX) and in 2010 that relationship transformed with Christina becoming team manager—a role that she has held until now.

After ten seasons, that will change. For 2020, the team will have a new manager as Christina has decided that it’s time to step away from the Team Manager gig. Her other job with Roost MX, the one that’s also full-time, has come calling.

“We tried to keep it a little quiet throughout the rest of this outdoor season just because I wanted to stay focused on what we were doing and not let that get in the way, so I’m glad we did that,” Denney told me recently on the PulpMX Show. “I think now we are ready to focus on building our business. If I could put half of what I put into the team into my own business, [it’s] a success. It’s hard. It was a hard decision, but as a family we made the decision.”

The plan is for the team to continue but the new manager will for sure have some big shoes to fill as the Denneys have ran a solid team for many years. There’s not nearly enough budget to compete on equal footing to the full-factory teams, but riders like Martin and Hartranft have used Rock River squad to bounce up to factory rides. There are plenty of teams in the pits in this category but the Cycle Trader crew (hat tip to long time crew chief Scott Rabon also) probably did the most with the least (money).

“When we put so much time and effort and we see the team is growing and we see the efforts are paying off, it’s hard to walk away,” Denney told us. “But Roost MX has probably, honestly, the last couple years grown just as equivalent as our sign company. I think it’s expanding more just because of the amount of stuff that we’re able to do other than just graphics. We’re actually launching a new brand later on this year. So we have definitely big plans. Taking the experience that I have and obviously the relationships and the knowledge about racing to the next level with our other stuff, it’s good. We have some good things coming.”

Denney also works with the Team USA Motocross of Nations effort as a coordinator and that’s something she hopes to continue doing for years to come but for now, her and Chris will take a step back and get off the merry go round that is professional racing.

This is 10 years Racing ? Yes, I’m little beat up from it. Yes, I’ve let traveling get the best of me. Yes, it weighed on me (and my waistline ?) HECK YES, I would do it all again. This is 10 years of being able to do something that I didn’t even know I was so passionate about. Something that Chris and I shared the love for, both for different reasons. He loved the racing and I loved the team atmosphere, fellowship each weekend, growth, both personal and professional, family. FAMILY from my teammates to everyone that touched my life one way or the other. Looking forward to giving both myself and my family the time, love and devotion we put into our other family....TEAM. ?

“We’re not walking away totally from the industry. I asked [Mike] Pelletier [from the AMA] last weekend. I said, ‘Hey, if I want to come to a race, can I just call you?’ He looked at me like I was crazy. So obviously, yeah. It’s going to be super hard [not being at the races]. Of course we’ll be at Atlanta Supercross,” Christina says, speaking of the race closest to home. “With the Rock River team, we’re still going to be part of that with sponsoring the team with graphics. So it will give me a reason. I just can’t get sucked back in. That’s the hard part. I know Chris won’t let me!”

To the Denny family, we say thanks for the hard work over the years,  and it’s a good thing we’ll still see you at the races!