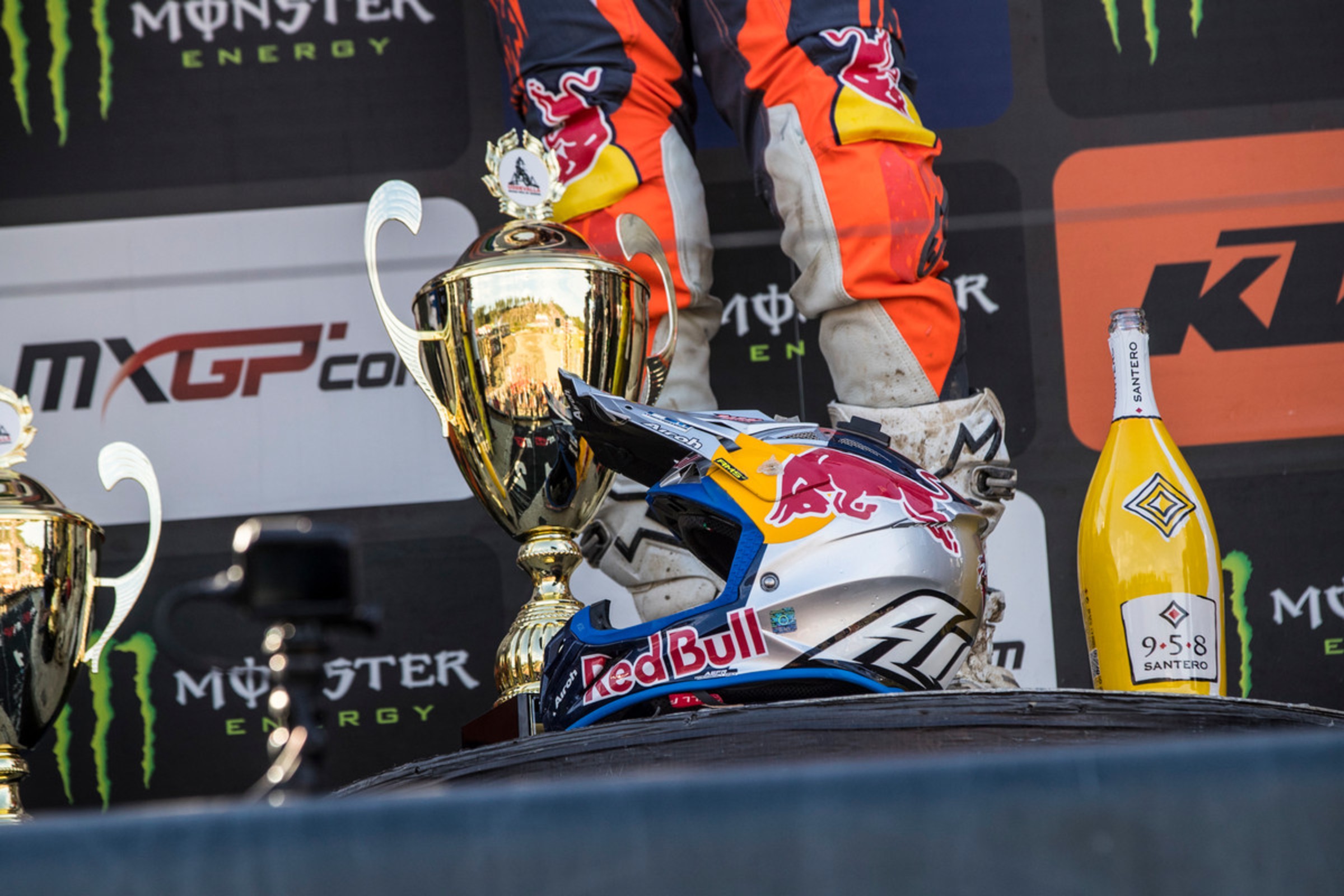 450 Words KTM’s Side of Team France

KTM Motorsports director Pit Beirer has asked for a shake-up in the way national federations approach the annual Motocross of Nations; the biggest event in the off-road calendar and the oldest closed-circuit motocross race in the world with the 2019 edition at the TT Circuit Assen witnessing the 73rd running of the spectacle.

The former Team Germany representative—who won so emphatically at Nismes in 1997—was speaking in the wake of Red Bull KTM rider Tom Vialle’s ejection from a debut appearance for Team France after a dispute over cap logo space. The required Team France livery does not jive with Vialle’s existing Red Bull KTM logo placement. The jostling for prominent placement of race team and federation sponsors on the special kit used at this race is a recurring problem and has affected various other teams in the past.

The 46-year-old Beirer firmly believes that federations have to be more aware and respectful of the brands and factory squads that bring their whole competition structure to the ‘Nations at the end of a long season.

“As fans we all look forward to the MXoN,” he said. “It is a special event with a special atmosphere and one of the biggest audiences for our sport of the year. In a way it can be compared to a national soccer team but the big difference is that we roll on our own costs. Despite the fact that we have fantastic relationships with most federations we have no financial support from any during the whole season.

“I have to build, organise, and make contracts for a race team for 365 days of the year and that means we need the help of sponsors to be at the highest professional level; and in this I can speak for all of my colleagues and other brands in the paddock who are in a similar position,” the German continued. “For federations to then come into the structure for one race of the year and kick those sponsors and partners into touch is not acceptable. If they provided support and backing at any time then this would mean a different discussion but otherwise we often go racing with multi-million dollar budgets and for them to want to come in a jump on the train and dictate terms is not correct.”

Beirer admitted to being “frustrated” by the situation that saw Vialle replaced by Maxime Renaux in the reigning champions three-man line-up. Vialle has been outstanding in his rookie season in the FIM Motocross World Championship and his first term as a factory rider taking six podiums, his first win two weeks ago in Sweden, and vying for third place in the MX2 standings. Now, however, he will not compete at the ‘Nations. The KTM boss is keen for better compromise to avoid similar situations occurring in the future for what is one of the sport’s largest promotional windows.

“There has to be give-and-take,” he stressed. “There is no question in my mind that the MXoN is about country colors and racing for the flag and—as a brand—I am happy to step back in that respect and still put the use of our trucks, staff, and resources and buy all the extra passes for our team to be there, but I cannot ignore our sponsors who make the team happen for the rest of the year and to whom I am thankful. It is not because we have any pressure from those sponsors but because this is the right thing to do. This unfair compromise I won’t accept any longer and now it is really sad because a young rider who really deserves his place on the team has been given a no-go."

Oui je ne roulerai pas au MXON pour une casquette ? pour être précis nous parlons de quelques centimètres sur la casquette, mais la Fédération Française ne l’accepte pas..... La seule nation qui ne l’accepte pas !!! Je suis très déçu car j’étais motivé pour rouler à cette course ? Merci à tous pour votre soutien ? bonne chance aux pilotes ! - Yes I will not ride at the MXON for a cap ? to be precise we are talking about some centimeter on the cap, but the French federation does not accept..... the only one nations that not accept it !!! I’m very disappointed because I was motivated to ride at this race ? Thank you everybody for support ? Good luck to the rider !

Beirer continued on a broader point.

“We are climbing up to 25 races a year and I think the Motocross of Nations needs to be re-thought in the way is it put together. We like to have an open-house policy with our team and we don't mind federation managers and staff coming into coordinate what is necessary for one event but there is a limit and there should be a compromise as well as a healthy working relationship and understanding. The country should be on the front row at the 'Nations but it has to be a friendship because all the costs are still paid by us.”