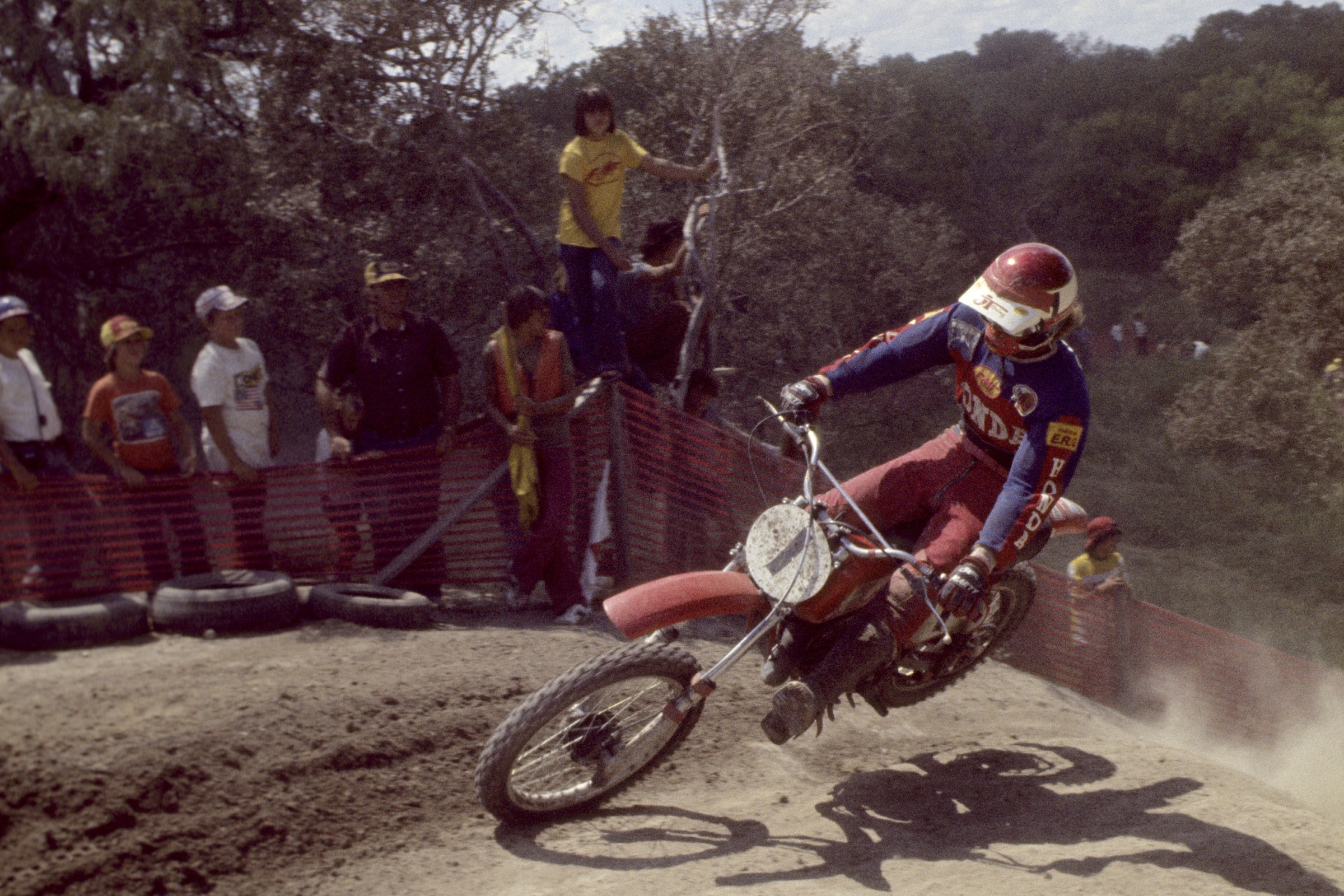 When Team USA goes to compete in the 2019 FIM Motocross of Nations, it will be lacking newly-crowned 250 Pro Motocross Champion Adam Cianciarulo, as the Monster Energy Kawasaki factory effort decided not to participate in this year's race (which also prevented 450 National Champion Eli Tomac from competing). Cianciarulo now joins—for the time being, anyway—a long list of very good American motocrossers who never rode for Team USA at the Motocross of Nations (nor the old Trophee des Nations, which ran up until 1984). With that in mind, we thought we would list some of those very good riders and the reasons why they never got to race for the Stars and Stripes.

Marty Smith: A three-time AMA Pro Motocross Champion and one of the biggest superstars of the sport's early years, Smith primarily raced a 125 for the early part of his career when the MXdN and Trophee races were for 250s and 500s. He would have been a great candidate in 1977 when he beat out Bob Hannah for the 500cc National Championship, but it didn't quite work out. In '78 Smith was hurt for much of the season, and Honda did not seem interested in attending the race. Then Team USA didn't go at all in 1979 and '80. When they returned (and won) in 1981 and '82 it was with an all-Honda team, but Smith was racing for Suzuki. By 1983 his professional career was over.

Donny Schmit, Trampas Parker, Bob Moore: America's last three FIM Motocross World Champions would have made a fine lineup all by themselves in, say, 1991, but during that time Team USA almost always chosen from riders who raced on the AMA circuit, not the FIM. (Ironically, Parker raced for Italy in 1989 in the 500, even though he was the 125cc World Champ, and won the last moto, helping the Italians to second overall.) That changed in 1992 when all of the top Americans of the time passed on the event, as did longtime team manager Roger De Coster. Then Schmit, at that point the newly-crowned 250cc World Champion, turned down the team based on being overlooked the previous couple of years. So Team USA's fill-in manager Roy Janson called on 500cc Grand Prix racer Billy Liles to join 125cc title contenders Mike LaRocco and Jeff Emig on what became known as "the B team." Of course they went to Australia and won.

Jimmy Ellis: The 1975 AMA Supercross Champion raced for Can-Am for much of his career and was versatile in all three classes, but it never quite worked out to send "Captain Cobalt" along with Team USA in the early years of America's participation in the MXdN and Trophee des Nations.

Mike Bell: The 1980 AMA Supercross Champion had the misfortune of being at his peak at a time when Team USA didn't actually go (1979-'80) and then went with an all-Honda lineup ('81-'82). By the time the team opened back up to other brands the Yamaha-backed Bell was in the twilight of his career.

Ezra Lusk, Larry Ward: Yogi and Big Bird were very good candidates for long periods of time—Ward is the only rider in AMA Pro Motocross history to win outdoor nationals in three different decades ('80s, '90s, '00s) and Lusk was one of the top American riders for much of the '90s and early '00s—but the draw and timing never quite went the right way for either rider.

Micky Dymond, George Holland, Guy Cooper: All three were AMA 125cc National Champions (twice in Dymond's case) but for a variety of reasons they were not chosen in the years they were champion. In Dymond's case, Roger De Coster chose the veteran Johnny O'Mara to ride the 125 in Maggiora, Italy, in 1986, and then chose sentimental favorite Bob "Hurricane" Hannah to race Unadilla in '87. In '88 when Holland was champion, De Coster picked all-time great Jeff Ward to ride the 125 in France. And in '90 when Cooper won the 125 title aboard a Suzuki, The Man went with superstar Damon Bradshaw to race the 125 in Sweden. In all four cases Team USA won, so Roger was right, though Dymond, Holland, and Cooper would have all made excellent 125 riders.

Darrell Shultz: The 1982 AMA 500cc National Champion rode for Team Honda in 1982, but injuries suffered while fighting for that title kept him off the all-Honda team, so De Coster picked Danny "Magoo" Chandler instead, and he famously won all four MXdN and Trophee motos, the one and only time that ever happened! Shultz would have been a good pick in 1981 too, but he was on a Suzuki when the team was all red. And then in 1979 and '80 the team didn't even go. So what happened in '83? After clinching the '82 title, Shultz never raced again.

Mike Brown: Maybe the unluckiest when it came to Team USA, Brown was set to go in 2001, when he was the AMA 125 National Champion, along with Ricky Carmichael and Kevin Windham, but then the September 11 terrorist attacks happened and Team USA stayed home. Brownie was supposed to race for Team USA in 2002 as well, but then the race at Competition Park was notoriously canceled the week before the race. In 2003, the race was a one-moto, run-what-you-brung format and Team USA went with big-bike riders Carmichael, Tim Ferry, and Ryan Hughes (with RC winning the race but Team USA losing to Belgium). And then in 2004 Team USA didn't go at all. At one point in 2005, Brownie, who was leading the 125 (250F) National standings on a privateer Honda, was tabbed for the ’05 team, but his results began to fade as the year went on and he was replaced on the team by Ivan Tedesco, who won the 2005 125 National Championship.

Mike Alessi, Davi Millsaps: Longtime rivals and longtime fast guys, it just never quite worked out for either Alessi or Millsaps to line up for Team USA, for a variety of reasons ranging from injuries to team chemistry. In 2007, for example, Alessi finished second in the AMA Motocross Championship to South Africa’s Grant Langston, but Team USA still had the half-retired Ricky Carmichael at its disposal, and then put MXoN veteran Tim Ferry on the squad in the second big-bike slot.

Robbie Reynard, Jeff Matiasevich, Damon Huffman: A trio of very fast and versatile riders throughout much of the ‘90s, an era when Team USA had plenty of very fast riders to choose from, none were ever called upon to ride for Team USA.