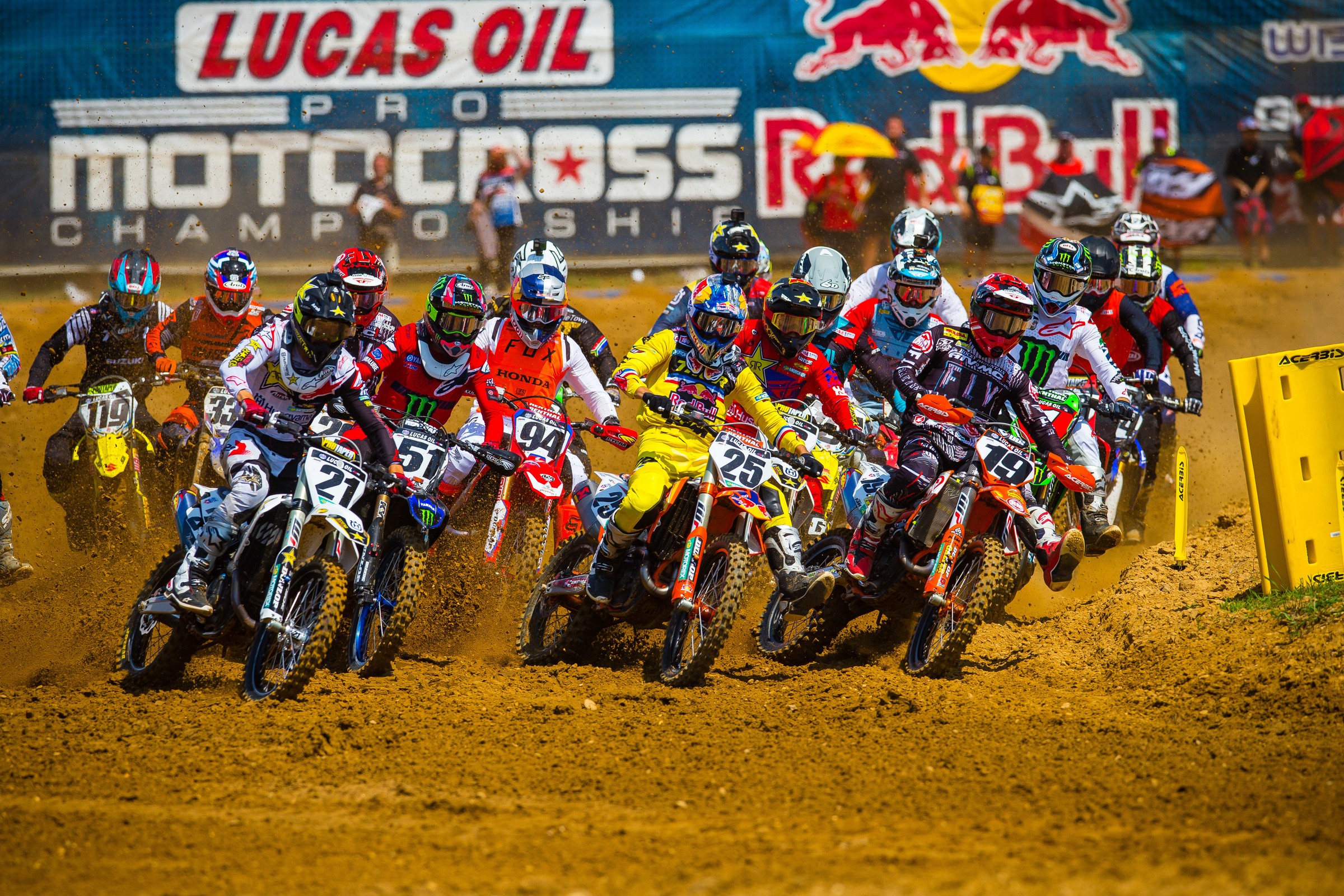 We’re once again firing off questions at long-time pro Jason Thomas for some opinions on the 11th round of the Lucas Oil AMA Pro Motocross Championship.

Eli Tomac just three-peated. You've seen the grind of this sport up close, and also the pressure that champions deal with on a daily basis. How difficult is it to stay motivated and healthy like this?

I bet the motivation has been easy to find after his supercross struggles (championship wise). Most consider him the best American racer overall but he has yet to close the deal for that all-important supercross title. Winning three titles in a row in the Lucas Oil AMA Pro Motocross Championship might not cure all ailments, but it’s the next best thing.

I do think he is entering rare air, especially outdoors. We haven’t seen anyone this dominant outdoors for this long since Ricky Carmichael exited in 2007. Riders like James Stewart and Ryan Villopoto were incredibly great in their time but they couldn’t stay healthy long enough to reach the three-peat. Regardless of where Tomac’s career goes from here, winning three premier class titles in a row is a huge deal.

Is the weather forecast essentially a Ken Roczen forecast?

Unfortunately, yes. I like that he finally made mention of it on Instagram because we were all speculating. High heat and humidity puts a huge toll on the body. If your body is fighting some sort of ailment, it’s only natural for that to have a negative effect on performance. This isn’t difficult to understand or predict. His results have suffered greatly on hot days, plain and simple. When he feels good, we saw what he’s capable of at races like Hangtown and Unadilla. Hopefully they can get this sorted out over the next few months and he can be 100 percent healthy in 2020.

Jason Anderson stepped up his game this weekend. Thoughts?

He has been improving so it wasn’t a miracle or anything. He should have been on the podium at Washougal if not for a last lap tip-over. Budds Creek is similar to the dirt that many of the Southeast based riding facilities have, so I wasn’t surprised to see those riders do well. With the Monster Energy FIM Motocross of Nations on the horizon, I would bet he is still working hard to improve. Many riders are probably winding down and just hoping to get through another weekend, but for Anderson, Zach Osborne, and Justin Cooper, their work is still ahead of them.

Where did Shane McElrath's ride come from?

Good question and it reminded me of his 2018 Washougal moto win. He didn’t qualify well, but once the gates dropped, he was largely uncontested. The only real reason I can point to is that he grew up on very similar dirt and that always bring an extra boost.

Puzzled that Thomas Covington gave it a shot?

This was very confusing and a bit frustrating for me. If he is sick or even in the recovery phase, there is no way he could hope for a solid day. A good result, especially on a hot day, is the culmination of preparation over time. He hasn’t been able to ride or train due to the Epstein-Barr Virus, so to think anything good would come of a last minute decision was foolhardy at best. I really like “Big Air Tom” and want him to find success stateside. He has had a brutally rough year. Rushing back is not the right idea in my opinion. He needs to be 100 percent ready to go when he returns so he can change people’s perspective on his USA potential. Racing unprepared is only furthering the narrative of negativity.

Is Adam Cianciarulo good to go on winning the 250 Class title?

I think so, yes. He has been rock solid and has looked the part of a champion all summer long. I know he will want to lock this up in the first moto and not deal with any possibility of disaster. He has a 30-point lead, so if he can just finish right near Dylan Ferrandis (or beat him) in that first moto, he will be able to celebrate his first professional championship before the final moto even lines up.

Mitchell Falk went backwards on the track momentarily and knocked Ferrandis down. What happened there?

Falk got turned around and then gravity took him down that hill. Ferrandis can’t really see that far up and around the bend so he is blind to Falk’s issues. It was just bad timing on both sides and Ferrandis ended up on the ground. I would be upset if I am Ferrandis, as Falk should never go backwards on the track. That’s a big no-no.

Budds Creek is a rider favorite but is known as hard to pass on. What makes that so?

The track is laid out in a way where riders can effectively protect the inside line. The real opportunity is on the descents but riders have to push extremely hard to come from behind, alongside, and then in front of a rider before reaching the next inside line. If two riders are running similar lap times, Budds requires creative thinking and/or aggressiveness to make a move. Good starts are rewarded at Budds Creek because of this, too. It’s not that the track is narrow, it’s just that the good line is usually the inside and most riders know it and use it.

Another factor is that Budds Creek isn’t one of the rougher tracks, overall. The more bumps, the more mistakes, and the more opportunities to pass.

It looked like they may have found something. Plessinger was certainly better than he was at Unadilla. Neither of them are exactly where they hoped to be but even small signs of life are welcome at this point. This weekend’s Ironman track has been friendly to both Barcia and AP7, so I will be curious to see how they respond.