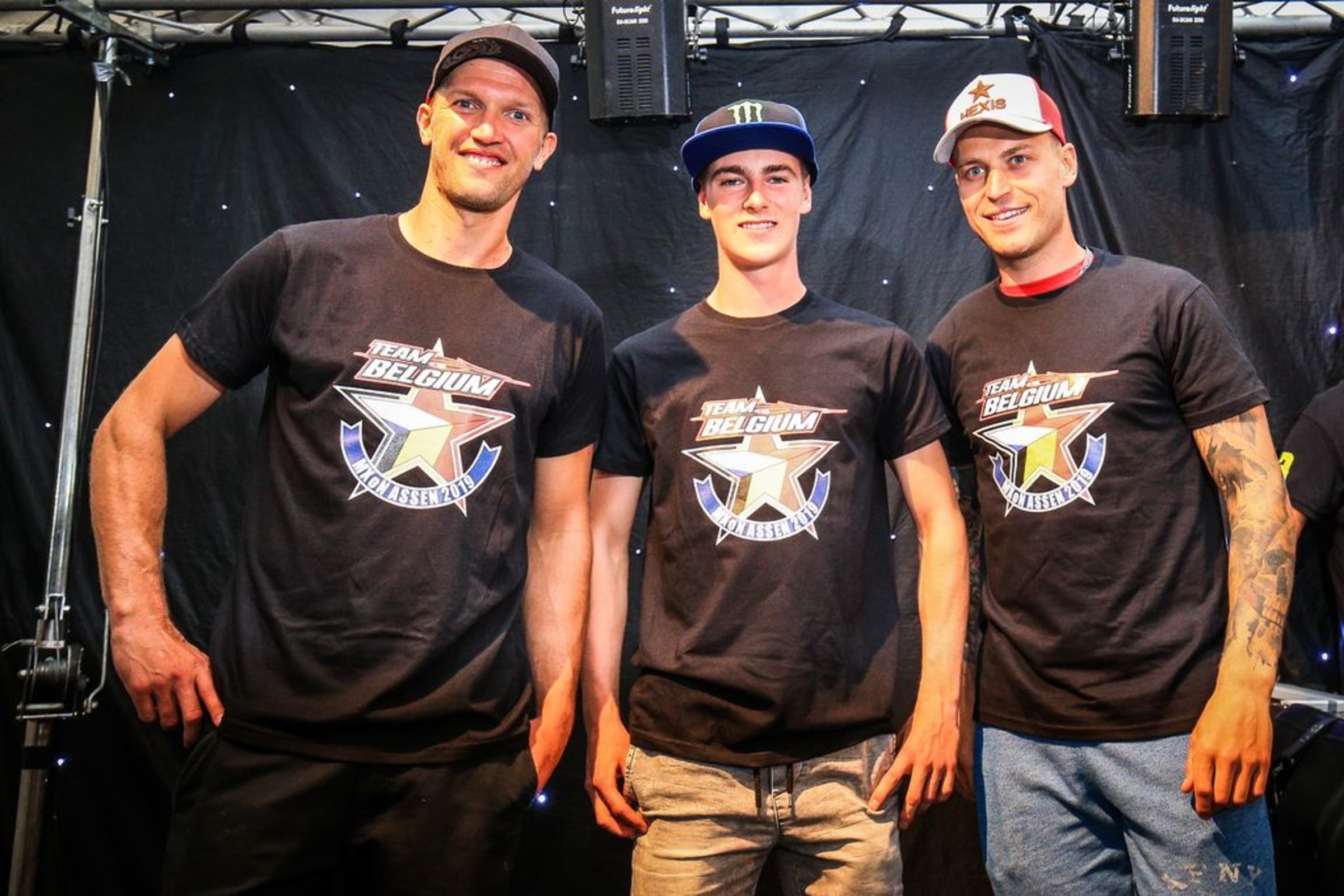 The 2019 Monster Energy Motocross of Nations will take place September 28th and 29th in Assen, Holland, and contending teams are starting to assemble here late in the season. Team USA is expected to be announced this weekend at the Unadilla National. Team France, winner of the event the last five years, is official, as is Team Ireland, Belgium, and Switzerland.

The French team, of course, features Monster Energy Wilvo Yamaha’s Gautier Paulin in the MXGP class and Monster Energy Yamaha Factory Racing’s Romain Febvre riding in Open. These are stalwarts for the squad and even during down seasons for them in the MXGP circuit, they find a way to ramp it up at the 'Nations. Right now, though, Febvre is back to top form in the GPs, making him even more formidable this September. He won a moto and finished second overall a few days ago at the Grand Prix of Belgium in Lommel. Those sand skills will come in handy at Assen.

The French team gets a huge boost from new MX2 star Tom Vialle, of Red Bull KTM. Vialle is third in MX2 points during his rookie season and brings a potent KTM 250 SX-F into battle. This is key because Dylan Ferrandis, who rode for the victorious French team last year, has asked out of this year's event. The French squad knows you have to have a fast, factory 250 to compete in MX2, and Vialle provides that resource.

It doesn't matter when, where, or how the Motocross of Nations runs, Team Belgium will always be in the hunt for wins and podiums. They are the most consistent contenders in this event's history, battling at the front in nearly every year since the race began in 1947. Belgium won the second edition of this race back in '48!

At the MXGP of Belgium over the weekend in Lommel, Team Belgium manager Johan Boonen presented the 2019 squad with Jeremy van Horebeek in the MXGP class, Jago Geerts in the MX2 class and veteran Kevin Strijbosin the Open class. Clement Desalle is out after breaking his leg earlier this year, but it doesn't seem to matter who races for the Red Knights, they contend for the podium, at least. Plus, expect a lot of Belgian support at this race, held in neighboring Holland.

Last year Belgium finished sixth, but it didn't help that Desalle's bike let go during one of the motos.

Want another contender? Switzerland has built quite an arsenal of talent the last few years, but it's yet to create peak results at the MXoN. Could this year be the year? Team manager Daniel Zollinger presented the Swiss line up, with Jeremy Seewer in MXGP,  Arnaud Tonus in the Open class and Valentin Guillod in MX2. Tonus and Seewer have logged great seasons on their Yamahas this year, with Seewer second in MXGP points and Tonus fourth.

Also, Team Ireland has been announced. To no one's surprise, Martin Barr is part of the team for what we believe is the 100th straight year (give or take). Barr will race MX2,  Jason Meara will race MXGP, and Stuart Edmonds will race Open. In 2018, the team finished 13th in the overall results with Gibson (MXGP), Barr (MX2), and Richard Bird (Open).