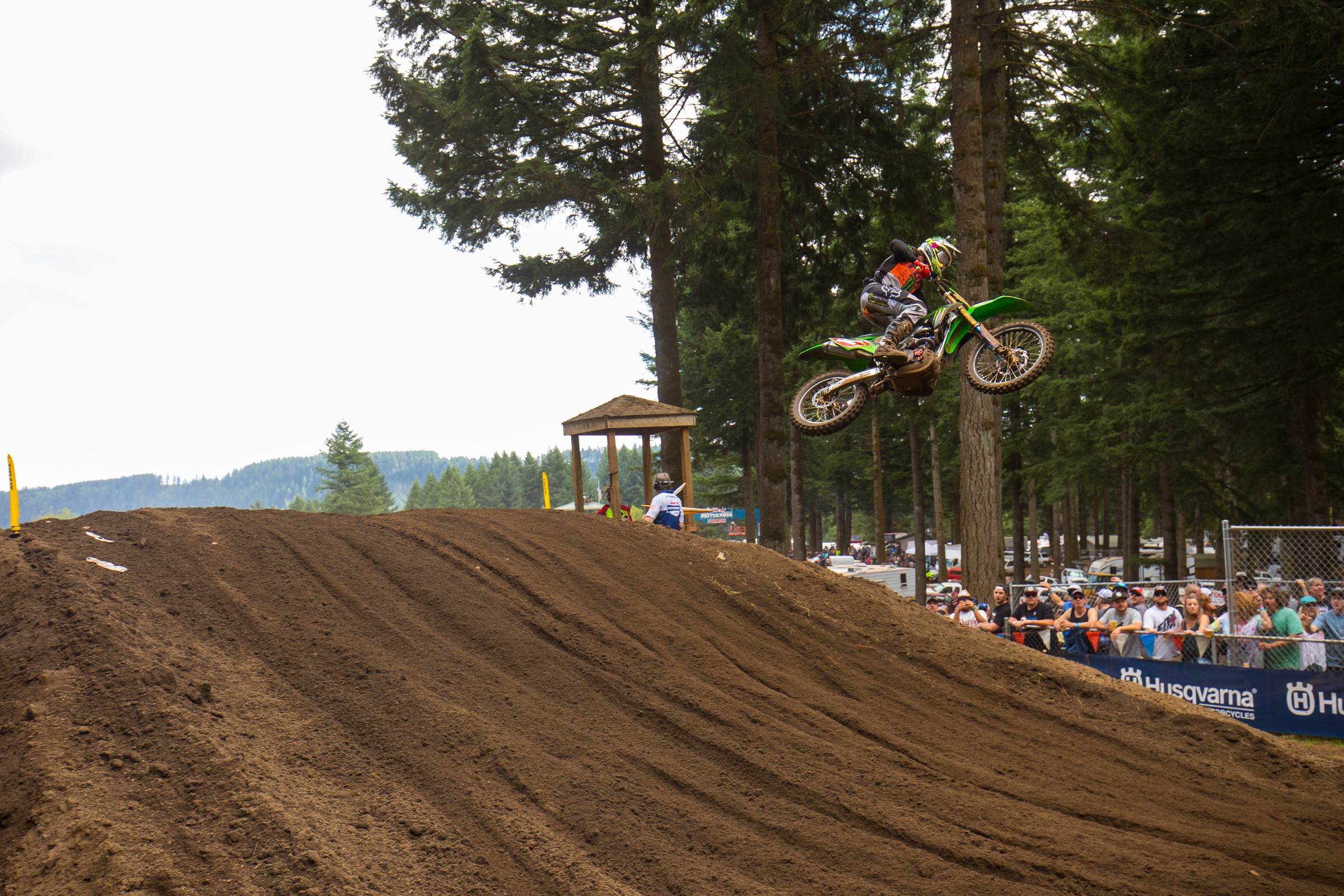 250 Words Leaving It All Out There

We don’t have playoffs in motocross, but a long season can boil down to one key race, momentum and points hanging in the balance. In the case of 2019, Washougal became mission critical, and Dylan Ferrandis and Adam Cianciarulo knew it.

For Ferrandis, this was an elimination game. Down 36 points after a subpar day at Spring Creek, another big points loss (he lost 11 last weekend) to Cianciarulo would essentially sink his title hopes. Cianciarulo could win Washougal and push the points near that magical two-moto (50-point) mark, and that would essentially be championship done for the Frenchman. Ferrandis wasn’t going to let that happen.

He’d have to stop Cianciarulo at his best, though. Geography says Cianciarulo, from Florida, should prefer sandy tracks, but he has always felt better on slick, hard-pack stuff, so the last four rounds—Florida, Southwick, RedBud, and Spring Creek—were, in his mind, his weakest tracks. I talked to Adam on Saturday morning, and he was fired up for Washougal, which he calls his favorite track. To demonstrate that, he qualified fastest in both morning sessions, the first time he’s done that all year. (Adam used to be a qualifying dynamo, but he’s changed his style to focus more on the long game than morning death laps. At Washougal, though, that speed just came naturally.)

So AC was poised to get yet another win and stretch that gap. You could see that on the first lap of moto one, where he made several immediate passes to vault into third and challenge the Monster Energy/Yamalube/Star Racing Yamaha duo of Ferrandis and Justin Cooper. He might have been faster, but Adam fell before the battle really began. He finished third while Ferrandis scored the win.

That set up a moto two showdown.

This race was for all of it. A 30-plus-2 wrestle-fest with potentially an entire season on the line. If AC wins, he’s perhaps permanently pushed back Ferrandis’ title assault; if Ferrandis wins, he gets the points gap back under 30 and serves notice that he won’t say die. This was a master class in motocross racing, both riders pushing hard while staying mindful of Washougal’s tricky, ever-changing surface, knowing that the win mattered but throwing it all away would matter even more. In addition, while processing all that info at top speed and max heart rates, they had to play chess, Adam trying to find lines to pass, Dylan figuring out how to counter.

“I actually had a spot picked out in the S-corner when you come down the hill,” Cianciarulo told our Steve Matthes. “I was going to the inside rut in the second turn, and there were a lot of holes on the exit. What I would do is hop up on the outside of that rut and miss some of the holes, and he was going on the outside rut, and I would make up a lot of time there. So I put in a real big push about halfway to get close … and he figured it out, the bastard [Laughs]!”

Cianciarulo flowed well with Washougal, but Ferrandis used grit and mental toughness to stay clean under pressure the whole way. It proved just what a bad dude he is, and how tough it will be to eliminate him from title contention. Cianciarulo holds a 28-point lead still but closing it will not be easy.

“It’s crazy how my season goes so far,” Ferrandis said. “I came from RedBud going 1-1, and then last week I was fourth overall. That sucks, but it’s something that I have to work on. For me, today was a really good day, and in the second moto we put on a crazy show with Adam. I think it was fun to watch for everyone. It was really crazy. On the last lap, I made a mistake before the whoops. Adam was right there. It was a fun moto.”

“You never want the momentum to go another way, especially at this point in the championship,” Cianciarulo said. “Let’s say I beat him in both motos today and the gap is 42 points instead of 28. Certainly for his confidence, he went 1-1 today, and momentum is on his side. Looking back, 20/20 hindsight, you can always do stuff better. I’ll replay that second moto in my head four to five times before I go to sleep, and I’ll pick out how I could have done this or that, but in the moment, I did all I could ask for. It still sucks to lose, but I had so much fun out here with him. Sucks to lose, but I’m confident in my speed, so let the best man win. Let’s do it.”