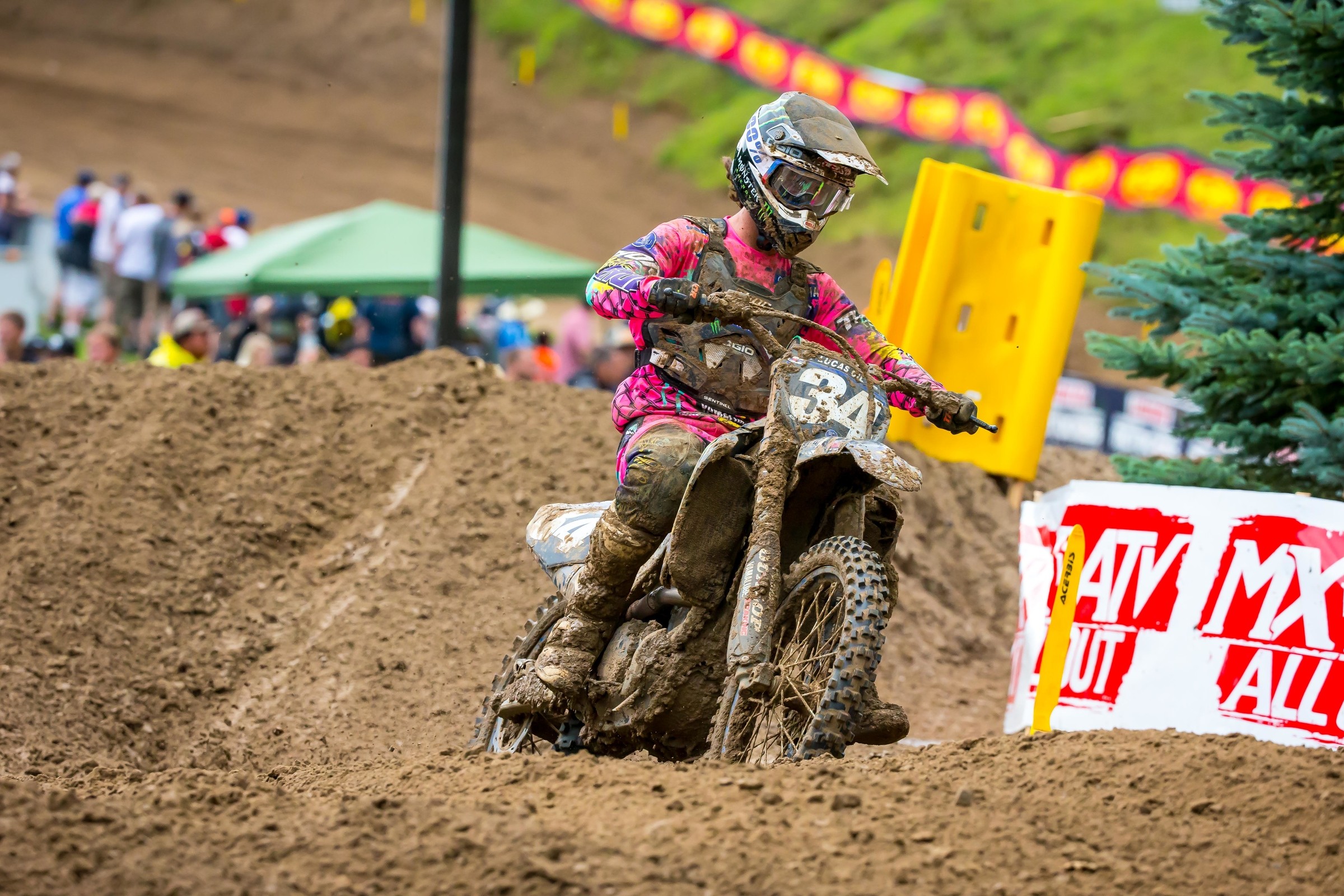 When John Short went 6-8 for seventh overall at Spring Creek it wasn’t just his best finish of the season, it was the best of his career. Before last weekend, the best overall Short had earned was tenth earlier this season at Southwick. Before that, the high-water mark came at Spring Creek in 2017, when Short finished 14th. Clearly, Short had a breakout ride at Spring Creek. Can he follow it up with another top-ten performance at Washougal? –Aaron Hansel

Spring Creek was good for Henry Miller, too, who went 5-14 for ninth overall. And, like Short, it was the best finish of Miller’s season. The last time Miller scored an overall that high was at Southwick in 2017, when he was ninth. Miller’s got four rounds remaining to put in a few more of these top shelf rides and generate some equity for 2020. How will he do at Washougal? –Hansel

In case you haven't noticed, Eli Tomac's lead is starting to get big. He’s got a 38-point lead over Red Bull KTM’s Marvin Musquin in second, and with the series heading to Washougal—where Tomac’s worst finish in the 450 Class is second overall—things are looking good for the Monster Energy Kawasaki rider. Tomac hasn’t crushed the competition this year—he has just one day of 1-1 scores—as much as he has outlasted them. Even in motos that don’t look so good off the start, Tomac is able to scratch his way forward and salvage podiums and points. Will he get back to dominance at Washougal, or will this be another solid points day? –Hansel

You knew it was only a matter of time before Cooper Webb would put one in the win column. After all, he’s a former 250 Class National Champion and the current Monster Energy AMA Supercross champion! His results had been steadily improving too, so when he won at Spring Creek it wasn’t a huge shock—although the way he did it, by scoring the fastest qualifying spot before finishing 1-1 for his first 450 Class overall podium and win was probably a big more dominant than expected. It wouldn’t be that surprising to see him stack a few more either—the Red Bull KTM rider feeds on confidence. While Webb had to battle hard to get the moto wins at Spring Creek, that’s usually when he does his best work. Don’t be surprised if Webb is back up front come the checkered flags at Washougal. –Hansel

Despite a streak of mid-season brilliance, Musquin finds himself trailing Tomac by 38 points. So what does that mean for his championship hopes? Well, he’s definitely still in it, but clawing his way back is going to be tough. Even if Tomac doesn’t have any big crashes or bad luck, Musquin still needs to beat him by multiple spots in every single one of the eight remaining motos. If he can make up some points this weekend it’ll be a good start. The good news for Musquin is that Washougal is one of his better tracks, and a still-healthy 450 field provides more talent to get between he and Tomac. –Hansel

Spring Creek wasn't a disaster for Dylan Ferrandis, who went 5-4 for fourth overall, but it definitely didn't go his way, either. The Monster Energy/Yamalube/Star Racing Yamaha rider gave up 11 points to his title rival, Adam Cianciarulo, and now trails him by 36 points in the championship. It’s not time to start panicking just yet, but time is running out. If Ferrandis wants to get back in this thing he needs to get some of those points back this weekend. –Hansel

Shane McElrath hasn’t been having the best season of his career by any stretch of the imagination, but he sure put in a good ride at Spring Creek to go 4-5 for fifth overall. Sure, a guy like McElrath is probably aiming for podiums, not top-fives, but considering before Spring Creek his average moto result this season was 9.43, going 4-5 has got to feel pretty good. We’ll see if he saved any of that speed for Washougal, where he was second overall last year, including a moto win. –Hansel

Ty Masterpool hasn't gotten a ton of attention this year, but that should probably change. The Monster Energy/ Yamalube/Star Racing Yamaha rookie has found himself up front early at times, has shown good speed, and has been quietly putting in some pretty solid motos. He was sixth in a moto at Thunder Valley, and even took fourth in the first moto at RedBud. At Spring Creek he went 11-13 for 11th overall, which is pretty solid. Anyone think this kid can put together a top five overall before this season ends? –Hansel

Zach Osborne has had quite a few impressive rides as a 450 rookie this summer, with the most impressive one arguably coming last week at Spring Creek. Despite missing RedBud with a shoulder injury (he injured the SC joint, the connection between the collarbone and the chest, at during practice the week leading into RedBud), Osborne came back to land on the podium one race later. In the days before Spring Creek, Osborne wasn't even able to put in a pair of 30-minute motos, but somehow, he found enough speed, grit, and determination to tough it and take third overall. Now he’s had an additional week of rest, but surely that shoulder was sore after digging deep at Millville. Will be be better or worse this weekend? –Hansel

Ken Roczen’s 14th in Spring Creek’s first moto was unfortunately far too common as of late—the Honda HRC man, suffering physically, has had brutal motos where even top tens were getting hard to come by. Then he suddenly became rejuvenated for moto two, nearly taking the win! While Webb edged him to the line by less than half a second, it was still Roczen’s strongest close to a moto in over a month. Is he possibly back to his winning ways? Washougal will go a long way toward answering that. –Jason Weigandt