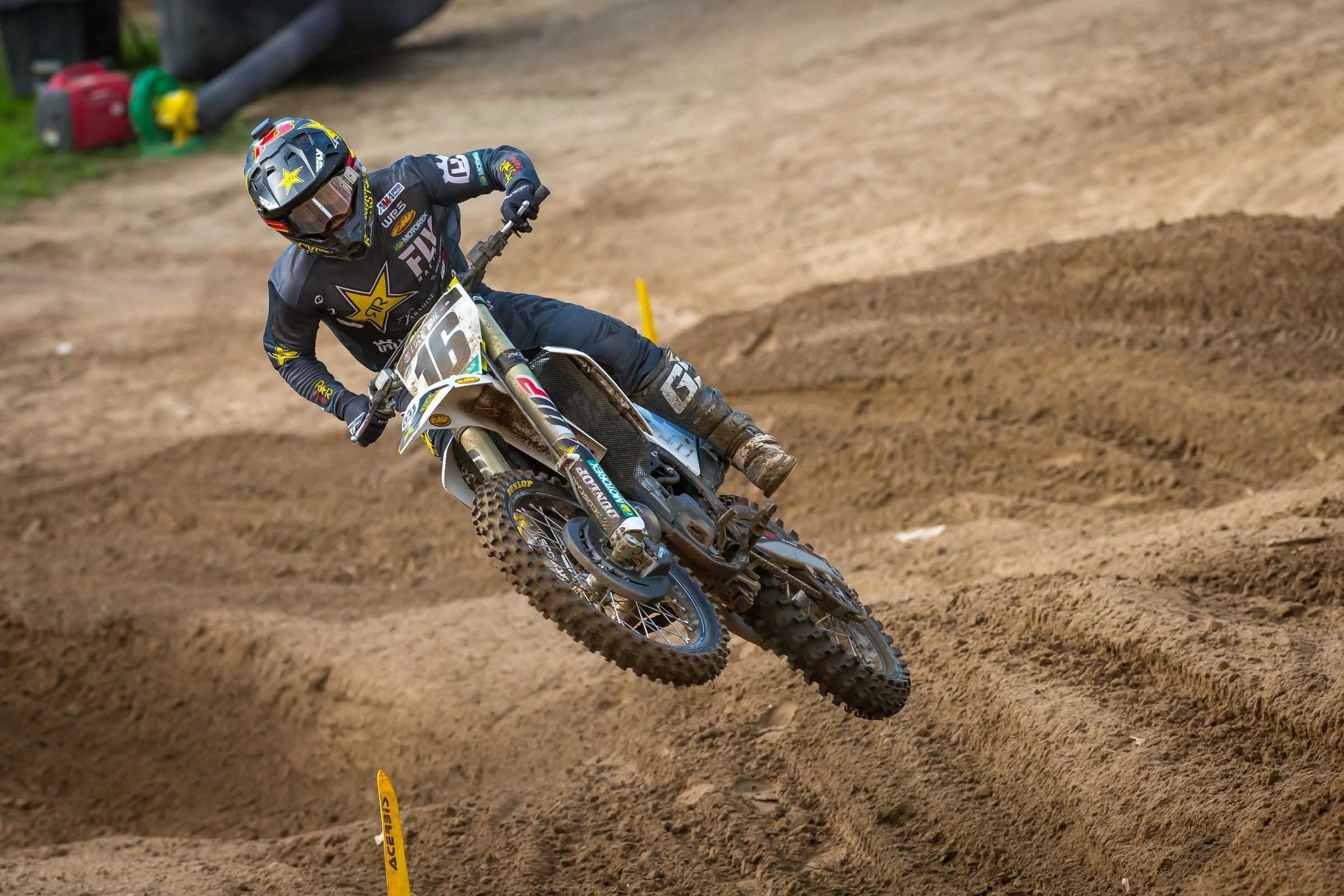 Comment: Alldredge, who shows up at races on the West Coast as a two-stroke hero, had a big crash while riding and shattered both femurs, his left hip, and fractured his left humerus. He’s out for the season.

Comment: Hill could return for a few nationals at the end of the season if his recovery goes well following torn ligaments in his shoulder.

DYLAN MERRIAM – COLLARBONE, BACK, RIB, LUNG, AND GROIN |IN

Comment: Somehow after suffering a broken collarbone, fractured T1 vertebrae, fractured rib, bruised lung, and pulled groin at Thunder Valley, Dylan Merriam is set to return to racing at Spring Creek. He’s either sponsored by milk, had a really good surgeon and physical therapist, or both.

Comment: Osborne crashed while practicing before RedBud and wasn’t able to race. He’ll return to racing at Spring Creek.

Comment: Seely is out for the season after tearing his labrum and fracturing his glenoid socket.

Comment: Auberson had hoped to return for RedBud but crashed while practicing and was unable to race. At time of posting his status for Spring Creek is unknown. He was previously recovering from a concussion suffered at Thunder Valley.

Comment: Cantrell will return to racing at Spring Creek after breaking his wrist.

Comment: Covington was diagnosed with the Epstein-Barr Virus in early June and is out for Spring Creek.

Comment: A late addition to this list, Crown posted on Instagram late Thursday that he tweaked his thumb during a practice crash and will miss Spring Creek. He said in the post that he will return for the Unadilla National on August 10.

MARTIN DAVALOS – BANGED UP | OUT

Comment: Davalos hasn’t raced since crashing hard a few times at Southwick. He’ll sit Spring Creek out in the hopes of being 100 percent for Washougal.

Just wanted to let everyone know I won’t be racing the next few rounds until I am back healthy. I have been deteriorating so fast and we made the decision to focus on getting healthy. It’s not only affecting me physically but mentally to go out and try to ride and struggle knowing that I am not even close to my fullest potential. Thanks for the support you guys have been great. @monsterenergy @pcraceteam @racekawasaki @foxmoto @atlasbrace @bell_powersports @scottmotosports

Comment: Falk will return to the Lucas Oil AMA Pro Motocross Championship after breaking his collarbone at Hangtown.

GARRETT MARCHBANKS – BANGED UP | IN

Comment: Marchbanks will return to racing after missing several races do to a big crash at High Point.

Comment: Martin had a complicated recovery after sustaining a burst fracture in his back last year at Muddy Creek. He’ll be back racing in 2020.

Comment: Sexton sat out for RedBud after overheating in Florida that resulted in a tough weekend at Southwick (13-DNS). After some blood work Sexton learned he had some issues that needed to be addressed. With the help of vitamins and supplements, Sexton is set to return to racing at Spring Creek.

Comment: Smith is recovering following surgery to fix damaged tendons in his wrist. Depending on his recovery time, he might return to the championship for the last few nationals.