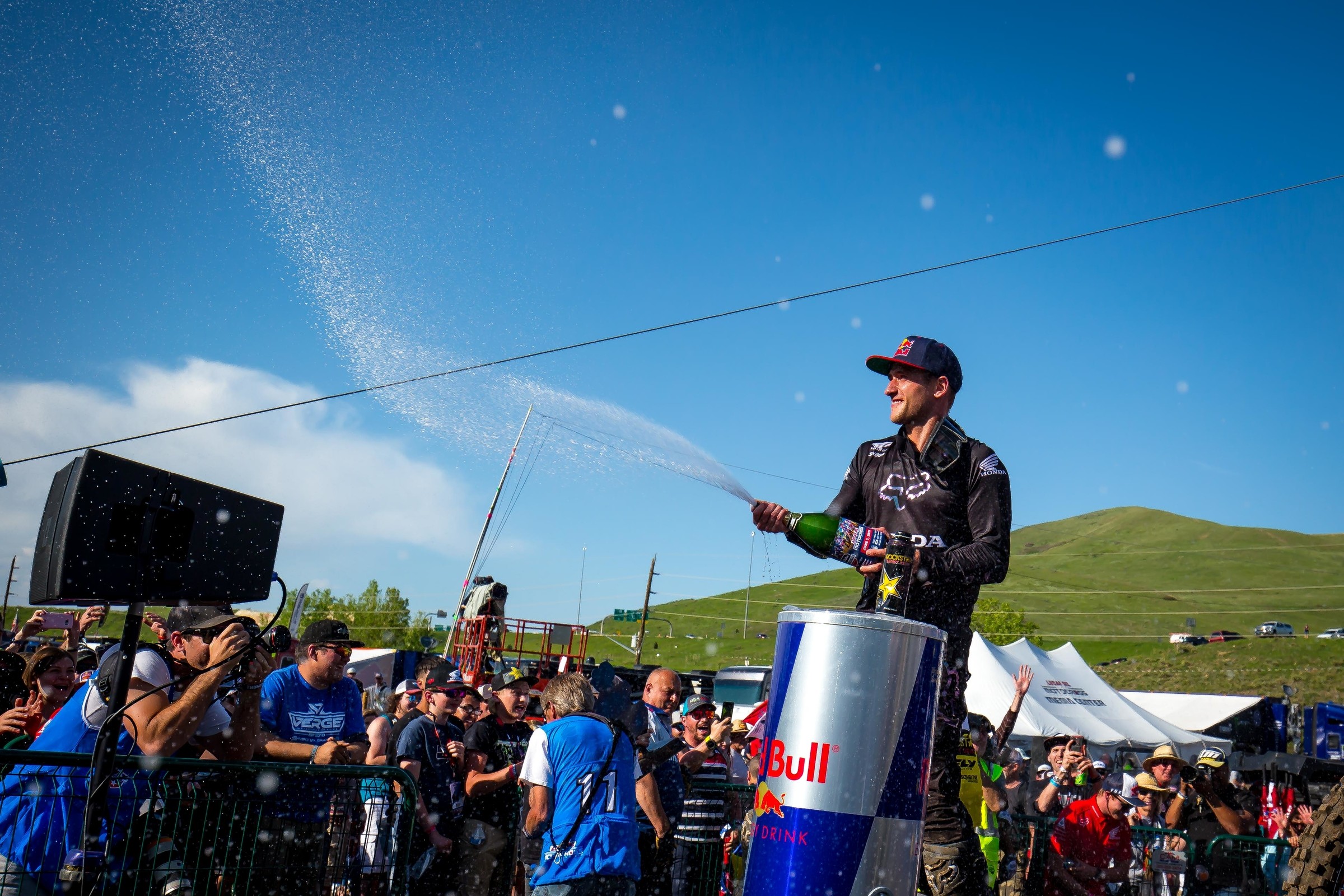 Honda HRC’s Ken Roczen claimed his second overall of the season on Saturday at round three of Lucas Oil AMA Pro Motocross at Thunder Valley in Lakewood, Colorado.

Roczen dominated the first moto to claim his second moto win on the season. He finished second to Monster Energy Kawasaki’s Eli Tomac in moto two and took the overall via 1-2 scores.

After a disappointing fifth in the first moto where he dealt with goggle problems and had to stop in the mechanics area for a new pair, Tomac won the second moto to take second overall.