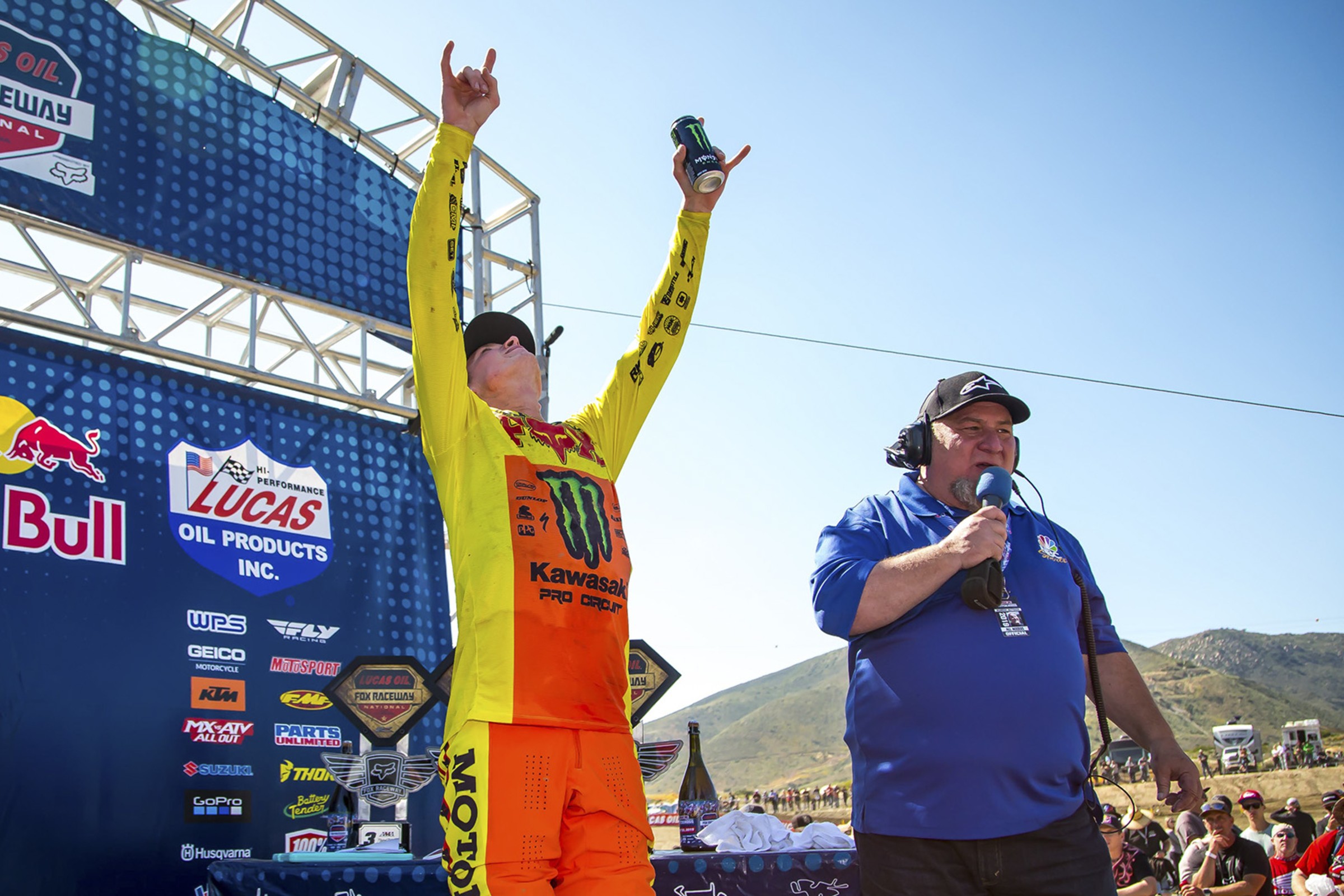 Cianciarulo held off GEICO Honda’s Hunter Lawrence in the second moto to claim the moto win and the overall via 3-1 motos.