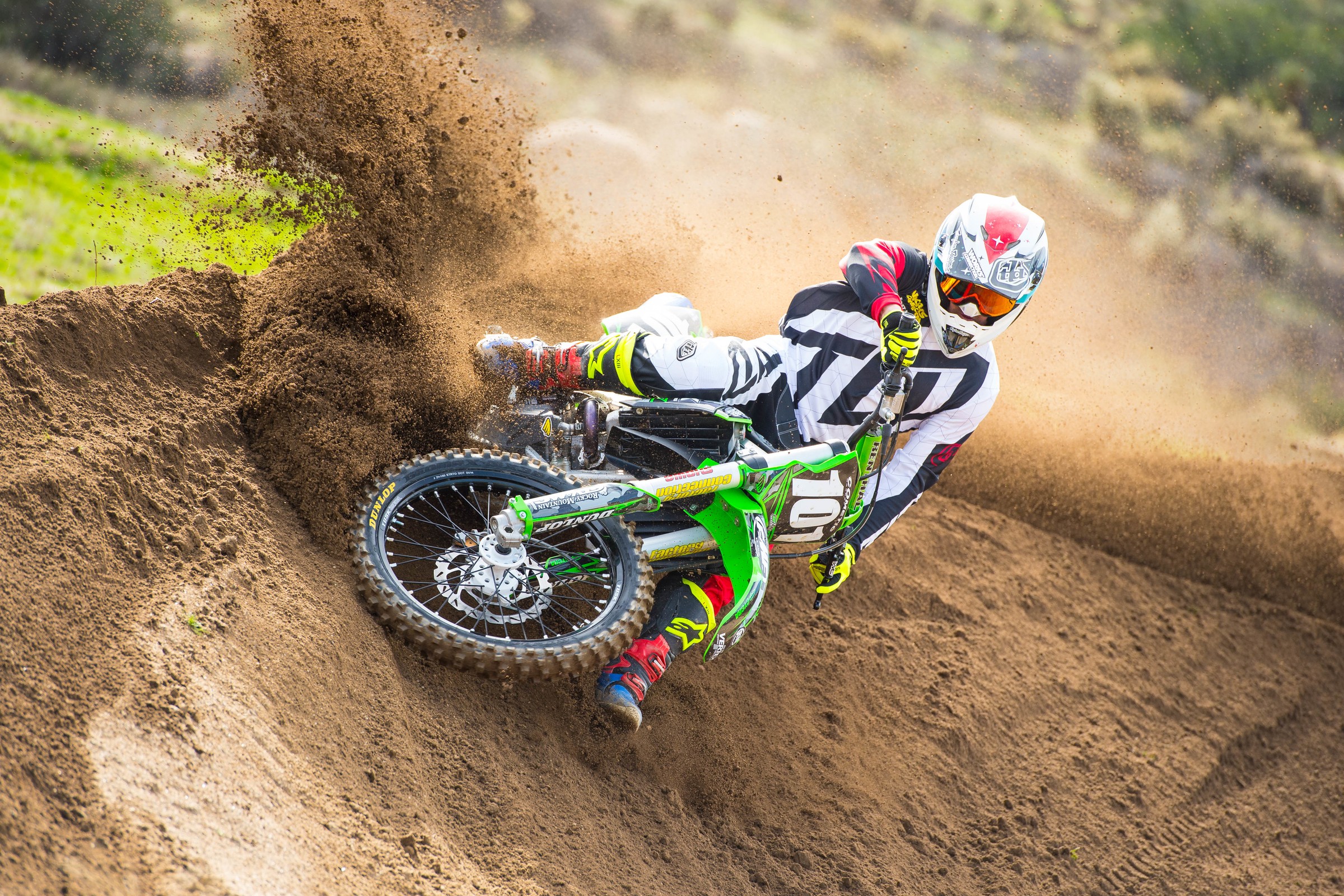 Last weekend was a mudder in the second motos at Hangtown. Lord knows your name wasn’t one that bubbled up to the top when it comes to riders who thrived in the mud, but when you see a few days in advance it’s going to be a mudder, what do you differently to get ready for the race? Do you look for similar conditions to test the bike in so you can set up suspension and motor for the conditions or do you just curl up into a ball and suck your thumb?

In the annals of motocross history, where results will forever record the names of those who could ride the mud like it was second nature, my name will not be found. There are likely very few riders who raced for as long as I did with factory support who were as awful in wet conditions as myself. As I like to spin it: I was simply the best at being the worst in the mud. I have short legs, bad knees, and I spent most of my amateur career in the desert of Arizona where mud was practically non-existent. How could I have reached any other conclusion?

Some riders, smart ones, will make a point to go out and ride when the rain is really coming down. I saw a video last week of the Husqvarna guys out in the slop at the Baker’s Factory getting their motos in. That’s amazing… and I just didn’t do that. I never went so far as to curl up in a corner and suck my thumb, though as I get older that sounds pretty nice. Naps are amazing.

I realized so early on that I wasn’t good at it that it basically took the pressure off at the races. If I tried harder, I crashed more, so I just cruised around like I was on a double-decker sightseeing tour bus and hoped I got lapped so I had to circulate the track one less time. Testing in the mud? Nope. The only thing I did was tape my boots to my pant leg so my knees didn’t spin around backwards when I caught them in a goopy rut. Did I mention I hate the mud?

I'm a beginner rider and so is my knowledge but here is my question: How come some of the pro's seem to stall their bikes while they're standing upright going slow through a corner section? I've seen rider’s bikes laying on the ground and the rear wheel is just spinning until the track crew comes over to turn it off, how come those bikes are still running in a situation like that? When riders are jumping through the air, I've noticed they'll hit the rear brake to kinda bring the front down a little… how come this also doesn't seem to stall the bike too?

Thanks for your time.

This one is pretty simple, really. When a rider tips over in a turn and the wheel is off the ground, the bike will continue to run. There is nothing stopping the wheel from turning so it continues to turn and since the bikes are fuel injected the motor continues to run. When a rider is still on the bike there is drag against the wheel from the ground. A stall usually happens when a rider stabs the brake without having the clutch in or they go too slow through a tight corner in second gear and the bike just stalls. Again, the basic mechanics of a combustion engine dictate that you have to maintain a certain RPM in order to keep the combustion cycle going.

Another possible answer for a bike not stalling is that the rider has a Rekluse clutch in his bike, which would keep it from stalling. The rear brake tap is a technique to bring the front of the bike down, as you mentioned. Riders doing this will pull the clutch in prior to tapping the rear brake so that they don’t stall the motor. Have I covered all this in enough detail for you, my friend? Okay, next lesson: Why water flows downhill…

I was looking at the entry list for Pala and didn’t see your name on the 125 All-Stars race. You missed Hangtown but I thought for sure you’d be racing this one. There are no fires currently burning in California and I doubt you have The Whiskey Throttle Show on Saturday so what the hell? You’ve been the guy on your soap box preaching the good word about bringing the 125 back for years! Are you doing any of them? Come on!

(Long sigh), Yeah, I know… I’m actually really bummed I’m not doing this one at Pala. I still believe the 125 is a big piece of the puzzle for getting our sport healthy again, but I don’t have a bike at the moment. Last year I had the Pro Circuit boys build me a monster Husqvarna for Hangtown and I still got my ass kicked. It went a little better at Washougal but I still missed the podium. So, this year I built a crazy 250 two-stroke and I was planning on racing the open two-stroke race at Glen Helen. Well, that didn’t work out the way I thought, did it?

The 125 Class at Hangtown last year was stacked compared to this year. Not to diss any of the riders who were there, but I feel like I could have done well had I shown up. Then again, with rain on the forecast there’s about a 100 percent chance I would have stayed home anyway.

There’s still time for me to round up a bike and do a few of these this summer. In fact, I may be coming to RedBud this year so maybe I can sort out a bike to borrow. Hey, Todd DeHoop… got any fast 125s? Good luck to all the guys lining up this weekend!