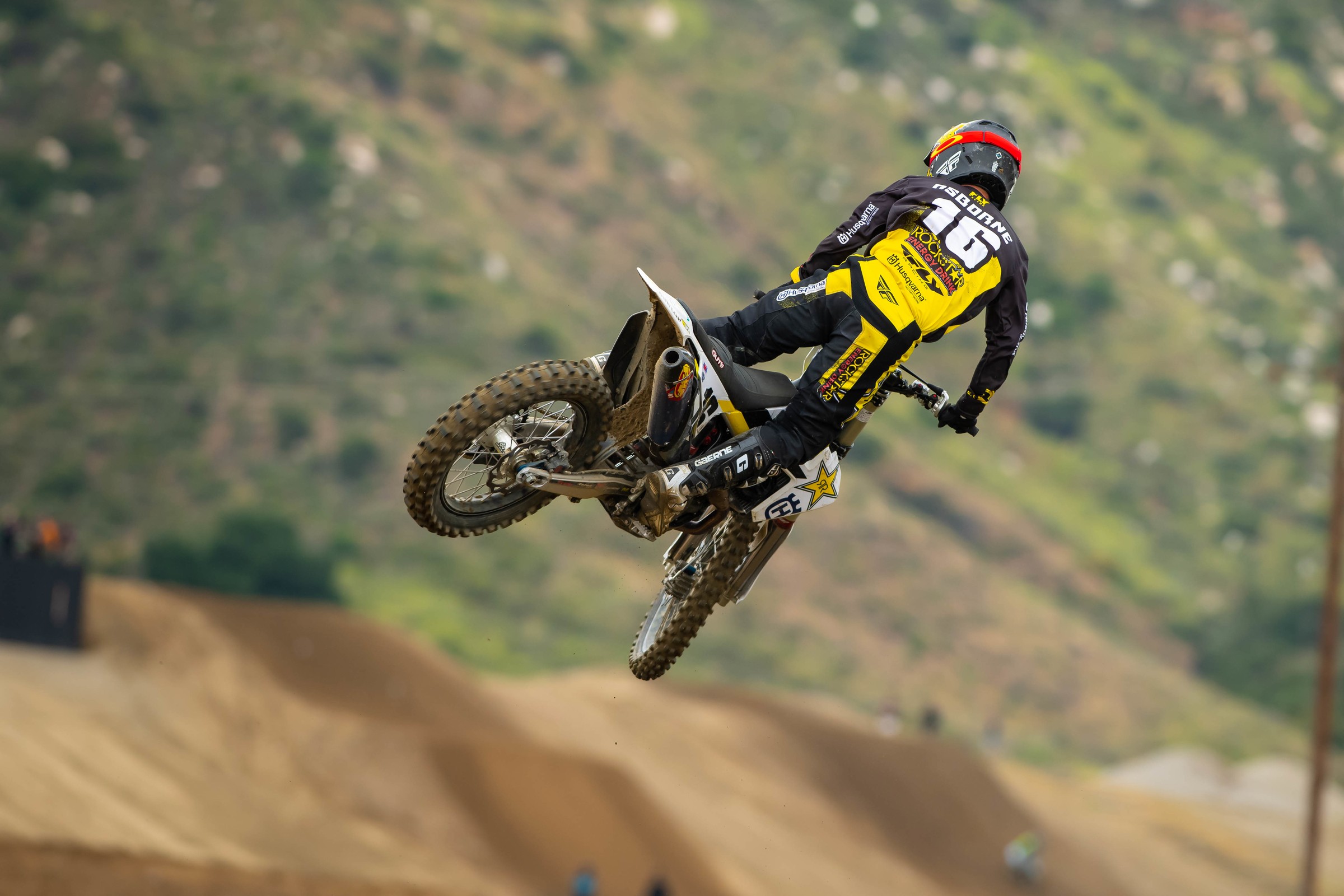 3 on 3 Riders Weigh in on Pala

Pala Raceway, now known as Fox Raceway at Pala, returns to the Lucas Oil AMA Pro Motocross Championship schedule for the first time since a two-year run in 2010 and 2011. Even though the track hasn't been on the Pro Motocross calendar for eight years, it's still plenty familiar for the riders, because it's a regular practice/testing/training stop during the week. For this week's Three on Three, we're asking way more than three riders what they think of the place.

Question: Do you have a lot of experience at Pala? What do you think of the place?

Marvin Musquin: I rode there three times, once during SX season and two times before Hangtown at the pro day and the following day.

It’s a great place, they prepared the track really well for the pro day and the dirt is awesome overall, besides the hills where there is some big rocks. Some sections of the track are really fast! I hope they will make a nice a safe track for everyone.

Justin Cooper: Yes that’s all that we ride when it's open, as much as two times a week when training outdoors. It’s the best local practice track in Cali for sure, no doubt. It can be hard to pass on, though.

Shane McElrath: We sometimes go twice a week. I’ve lived in California on and off for the better part of seven years and Pala has been one of the weekly pro tracks since before I started living here! I think it’s a cool place being in the mountains and with the scenery and I think it has some of the best dirt in SoCal!

Zach Osborne: I really don’t have that much experience there. Last week when we rode it for the Spring Training day it was really good. I think it will be a good race track for us. I just don't ride out in California much.

Hunter Lawrence: Hey, mate, yeah we normally ride there on Tuesdays but as you could imagine it’s a completely different layout and condition to what we will be racing this weekend, but Fox Raceway would have to take the cream for one of the best, if not the best, ride park in SoCal.

Justin Bogle: When I lived out there we rode there a lot, weekly during outdoor season. But since I moved a few years ago I’ve only been there a few times. Last time I raced there I had a great second moto though so I’ve always like the place after that haha!

Blake Baggett: As an amateur from California, I rode there probably once a week but since I’ve went pro and got my place in Florida I don’t really ride there that often. We’re not in California that much during motorcross season. Last time I raced there, it was a national. The track was just really fast long sections and not that many places to set up for a pass.

RJ Hampshire: I don’t have much experience there. Have about four days since last year. I enjoy the place and actually like the dirt besides the big rocks that come out of nowhere.

The 2011 season was amazing from beginning to end, with a dramatic Monster Enegry AMA Supercross campaign followed by a close ending to the 450 Nationals in the Lucas Oil AMA Pro Motocross Championship. Heading into the '11 finale at Pala, Ryan Villopoto held a slim points lead over Ryan Dungey.

While the results don’t show it, then-Honda rider, and rookie, Justin Barcia led both motos of the 450 Class at some point (eight laps in the first moto and eight in the second moto) before finishing 3-2 to take third overall. This was Barcia’s fourth race in the 450 Class—as he moved up at mid season—but it was his third overall in the top 10. Barcia would prove a thorn in the side of both Ryans late in the 450 campaign. He led a lot of laps and showed impressive speed.

By the end of the day at Pala, though, Suzuki’s Dungey won the overall, but Villopoto won the 450 Class title.

Then-Honda rider Justin Bogle almost won the first moto, just a few weeks after turning pro following the AMA Amateur National at Loretta Lynn's. He led the first 10 laps before then-Monster Energy/Pro Circuit Kawasaki rider Dean Wilson took over to lead the last six laps before cruising to the victory. Wilson went undefeated at Pala for the second year in a row, as he claimed his one and only Lucas Oil 250 Class Pro Motocross Championship. Who did Wilson battle for the overall that day? His teammate Blake Baggett and Red Bull KTM’s Marvin Musquin, who finished second and third, respectively. Tyla Rattray and Bogle rounded out the overall top five on the day. Some other notable names in this race include: Broc Tickle (11th overall), Cole Seely (12th overall), Martin Davalos (14th overall), Malcolm Stewart (16th overall), Jimmy Decotis (18th overall), Ryan Sipes (20th overall), and Kyle Peters (31st overall).

Here’s some highlights from the day.