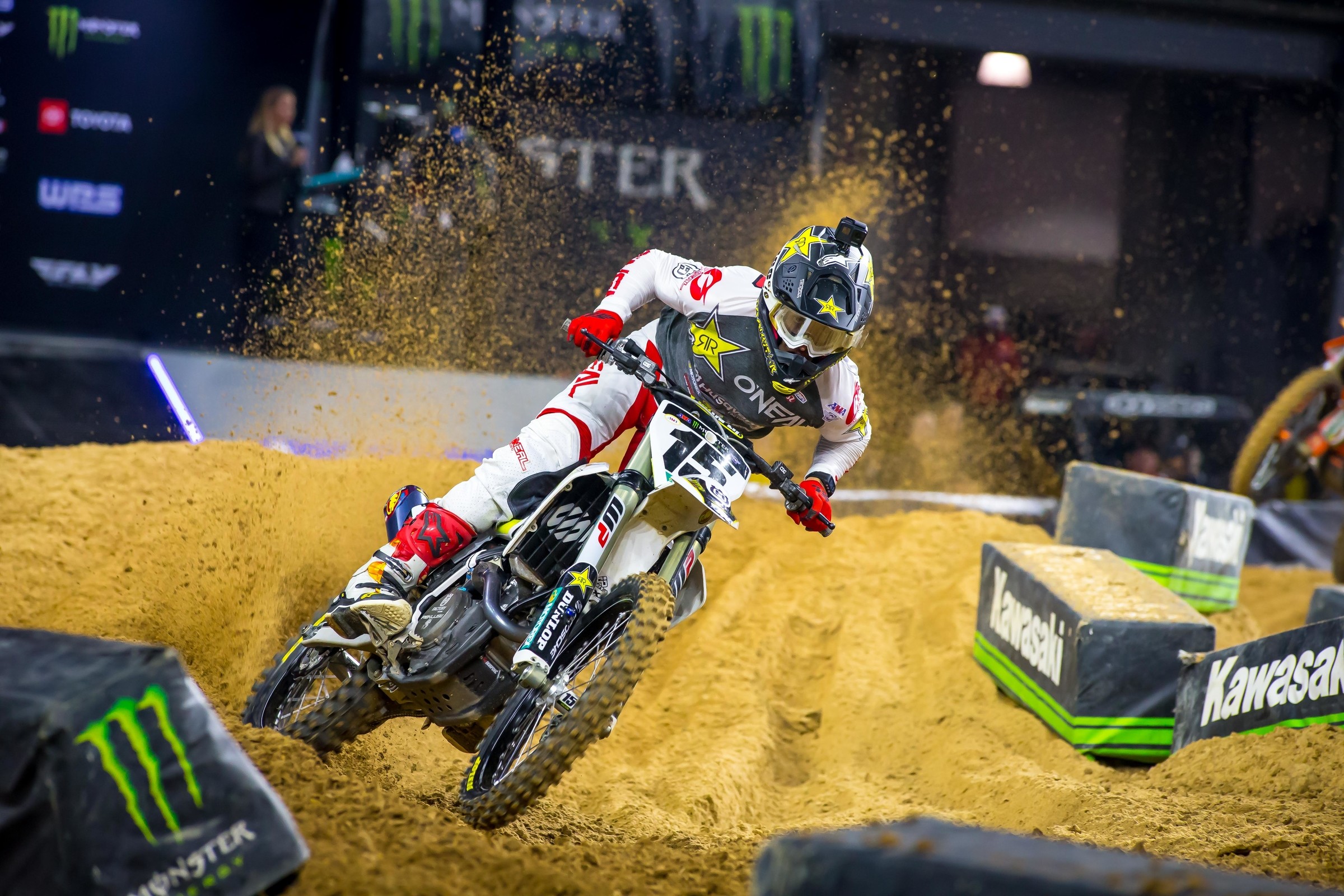 Insight We Can Work with Consistency

Unfortunately, the best advice anyone can give Dean Wilson is not necessarily the best advice for a racer. After enduring year after year of injury, “just stay healthy” is often the phrase most associated with Dean, and while that’s a good thought, it serves as a two-edged sword. Not getting hurt is great, but if such a strategy takes the top off of Dean’s world-class speed, well, that’s a shame.

Speed used to be Dean’s thing. On this weekend’s TV broadcast from Houston, Ralph Sheheen mentioned that Dean’s fastest-overall qualifying time in Seattle was his first top qualifying spot since Daytona in 2014. Do you know what that race was? It was Dean’s FIRST EVER 450 supercross! He hopped on a TwoTwo Motorsports KX450F in place of the injured Chad Reed, and bested the best and most experienced 450 supercross riders in the world in practice. Then he ran second to Ryan Villopoto for half of the main event before arm pump killed his night. The next week in Detroit, Dean was third-fastest in practice behind Ryan Villopoto and James Stewart.

Arm pump kept ruining his races, but as his old team manager from the 250 class, Mitch Payton, kept telling us, “We can work with speed.” Dean definitely had it.

Then came more arm pump, then more injuries, and Dean headed through a vicious cycle that has twice left him without a factory ride at Anaheim 1. Three ACL surgeries alone, let alone everything else Dean has battled, are enough to make “just stay healthy” a worthy battle plan.

Unfortunately, this has all taken a toll on Dean mentally. How do you get back to “we can work with speed” levels when every instinct now tells you to be cautious?

“It’s a little bit more of a mental game for me because I’ve been bucked off the horse quite a few times, and I feel like it kind of messes with my brain a little bit,” said Wilson in the post-race press conference. “Sometimes I don’t believe in myself like I should, but it’s something that I’ve been working on.”

After getting through the entire 2017 season without major injury, Dean came into 2018 looking to hang it out more and find his old edge. It cost him almost instantly, as he went over the bars in his heat race at Anaheim 1, setting his whole season back. He’d return to grind out some decent finishes, and even a podium in Indianapolis. Then he tore his ACL (again) before the Lucas Oil AMA Pro Motocross Championship, kicking off another vicious cycle.

“Yeah getting back on the podium feels great, it’s been quite a while, over a year I think,” said Wilson. “Overall my riding has been good, I’ve just been plugging away all season. You have your ups and downs, but you just have to keep going. It’s crazy because all of these guys here in the 450 class, they’re so fit, they’re so fast, so what’s going to separate? It’s pretty gnarly. It’s funny watching from the stands, but when you’re on the starting line for the main event, it’s the most intense feeling ever, and sometimes I think too much!”

Wilson in the Seattle whoops.

While science would say starts are a combination of reaction time, power and traction, they are often a tell-tale sign of a rider’s mental state. Riders in peak form can grab holeshots as part of their go-for-it instinct. Riders that are unsure of themselves often end up mired in the pack. It’s telling that Dean’s starts went away around the same time the injury woes began. As he begins feeling frisky again, his starts begin to return, and they’ve been getting better lately. Outside of one magical night at Anaheim 1, when he holeshot the main and nearly won the race, we haven’t seen much of Dean’s #15 at the front of the pack around turn one. He’s creeping closer to it, though.

Now that Dean is running up front, he has to readjust to life at the front of the pack. It got to him in Houston’s first main event.

“The second and third one (main events) for me aren’t that bad,” he said. “But I was feeling really tired in the first main event, and I felt like I was holding on to a bull. I kind of connected with [Marvin Musquin] through the whoops and he flew over the berm [Laughs]. Not that it’s funny! In his eyes he probably thought I was trying to take him out, but I felt like I was riding a bucking bronco at that point!”

Dean’s sense of humor is now as much a trademark as his Scottish accent. Because Dean is so lighthearted, it leads some to think he’s not a serious racer. He’s been through a heck of a lot, though, and he keeps battling back. That has to count for something.

“I just want to give a big thanks to all of my support group around me, they’re the ones who really help me through this stuff,” he said.

Dean’s not quite back to the blazing pace of his early 450 years, but his quest to get back there isn’t through yet.