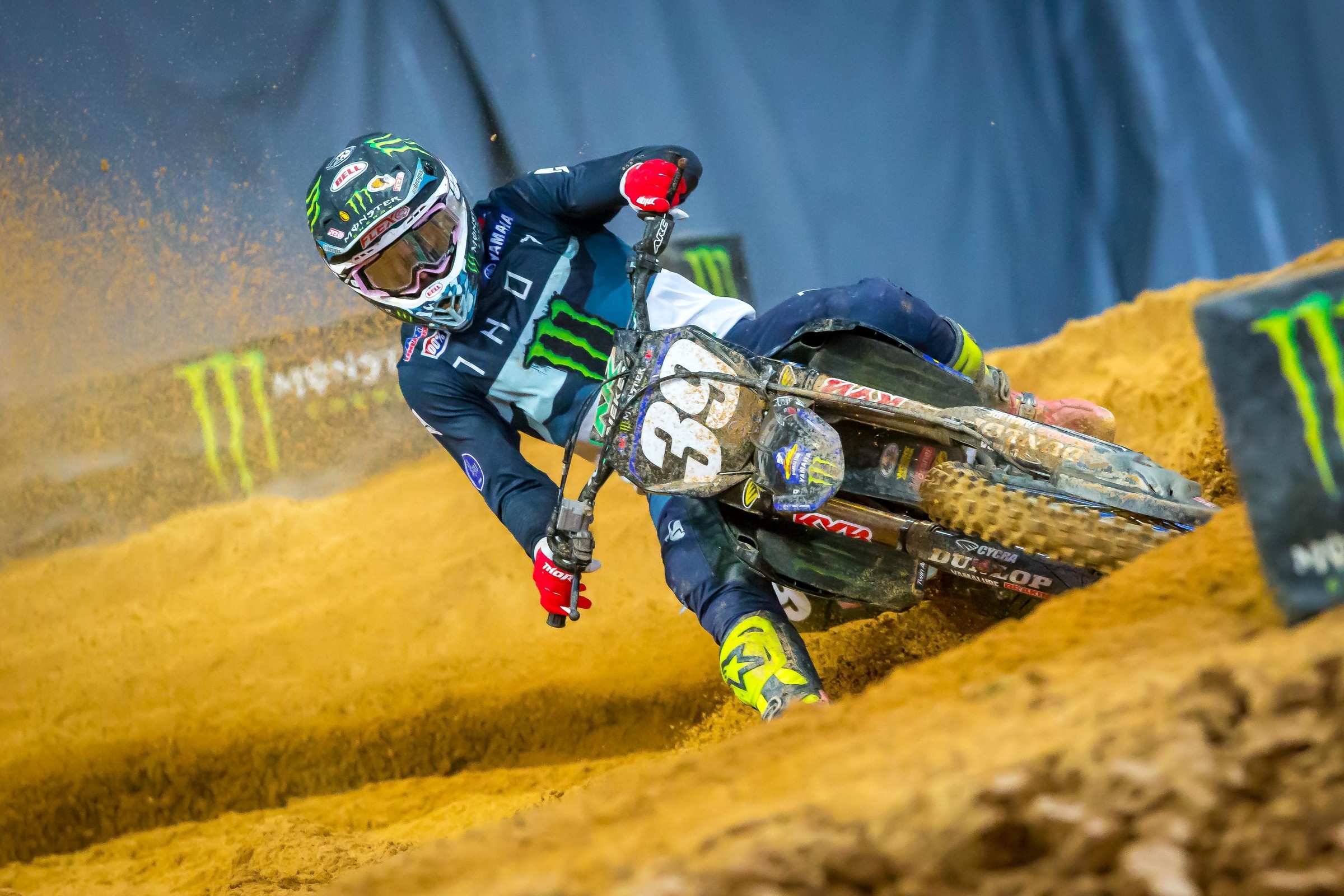 Comment: After breaking his arm and ribs, lacerating his liver and sustaining a partially collapsed lung and back injuries, Anderson is almost ready to get back on the bike. He’ll focus on being fully ready for the Lucas Oil AMA Pro Motocross Championship.

Comment: Bloss’ recovery is going well after tearing his ACL before the season. He should be back on the bike in less than a month and says he’s able to be much more active lately. The plan is for him to get back to racing at the High Point National.

Comment: Brayton got caught up in a crash with Chad Reed and Kyle Chisholm in Seattle and sustained a torn MCL and strained ACL. Brayton aims to return for East Rutherford. Ben LaMay will fill in for him until he’s back.

Comment: Chisholm hurt his knee on the first lap of the 450SX main event, but was still able to finish the race, despite sustaining what he thinks is a bad bone bruise. He’s pretty sore, but sill plans on racing in Houston.

Comment: Friese tore his ACL in Arlington and is out for the remainder of supercross. Mike Alessi has been filling for him.

Comment: Peick is back to fulltime training and is doing much better after his horrible crash at the Paris Supercross. He’s waiting for his eye to heal more before he gets back on the bike. For more info, check out the interview we posted with him. And of course, help him out via Road 2 Recovery if you’re so inclined.

Comment: Reed made a mistake in the beginning of the 450SX main event in Seattle and ended up getting landed on by Kyle Chisholm. On Instagram he said he’d suffered eight broken ribs, a broken scapula, and a collapsed lung in the crash. Reed initially feared he’d be out for the rest of the season, but recently stated on Instagram he’s going to try to come back to race Las Vegas because he’d “be a better human for it.”

DEVEN RAPER – PELVIS, BACK, NOSE | IN

Comment: Raper will be back racing in Houston after suffering a broken pelvis, two broken vertebrae, and a broken nose before the season. If you want to help with his medical expenses, go here.

Comment: Stewart hopes to be able to race in Las Vegas after breaking his femur in Glendale. If that’s not an option, he at least wants to be back on the bike by that point.

Comment: Tedder is back on the bike but his wrist isn’t ready for the rigors of racing. He’s out for Houston.

Comment: Ames is out for the season after suffering a compound fracture to his left radius and ulna and dealing with a subsequent infection.

Comment: Cantrell will return to racing in Houston after breaking a bone in his wrist on press day in Atlanta.

Comment: Craig is back on the bike and preparing for the Lucas Oil AMA Pro Motocross Championship after taking time off to allow a fractured thumb (which he later dislocated) to heal.

Really put my patience to the test these past few months but I believe all of this happened for a reason. Feels good to be healthy and back on the bike! ??

Comment: Crown hopes to be back for Nashville after dislocating his ankle after Atlanta.

Comment: Fleming broke his femur, clavicle, tibia, and fibula in Atlanta. To help him with his recovery go to Road 2 Recovery.

Comment: Hayes, who injured his hand before Seattle, worsened the injury when he collided with Garrett Marchbanks in Seattle. Although he broke his fourth metacarpal and sustained ligament damage, he still plans on lining up in Houston.

Comment: A collarbone injury that took place before the season will keep Lawrence out for all of supercross. He’s back on the bike and is preparing for the Lucas Oil AMA Pro Motocross Championship.

Comment: McElrath’s team says he’s been dealing with nerve pain in his back since press day in Atlanta. In Seattle it got bad enough to prevent him from participating in the night program. No timetable has been set for his return, but it’s unlikely we’ll see him line up for any more supercross’ in 2019.

Comment: Merriam crashed in Seattle, tweaked his ankle, and had to pull out of the 250SX main event. He recently announced on Instagram he’d be ready to go for Houston.

Comment: Nichols had a big crash in Seattle that left him with bruising and a laceration to his thigh. He was forced to pull out of the main but should be able to line up in Houston.

Comment: Owen hopes to be back for Nashville after fracturing a lower vertebrae in Daytona.

Comment: Schehr crashed in Seattle and ended up getting landed on. What followed is one of the nastiest injury lists of the season, including a lacerated liver and kidney, collapsed lungs, a damaged artery, five fractures in his spine, eight broken ribs, and a broken arm. He’s out for the season.

Comment: Smith took some time off to deal with a wrist that’s been hurting ever since he crashed in Arlington. There’s a chance he’ll be ready for Nashville.

Comment: Weltin injured his shoulder at Daytona but hopes to be back for Nashville.