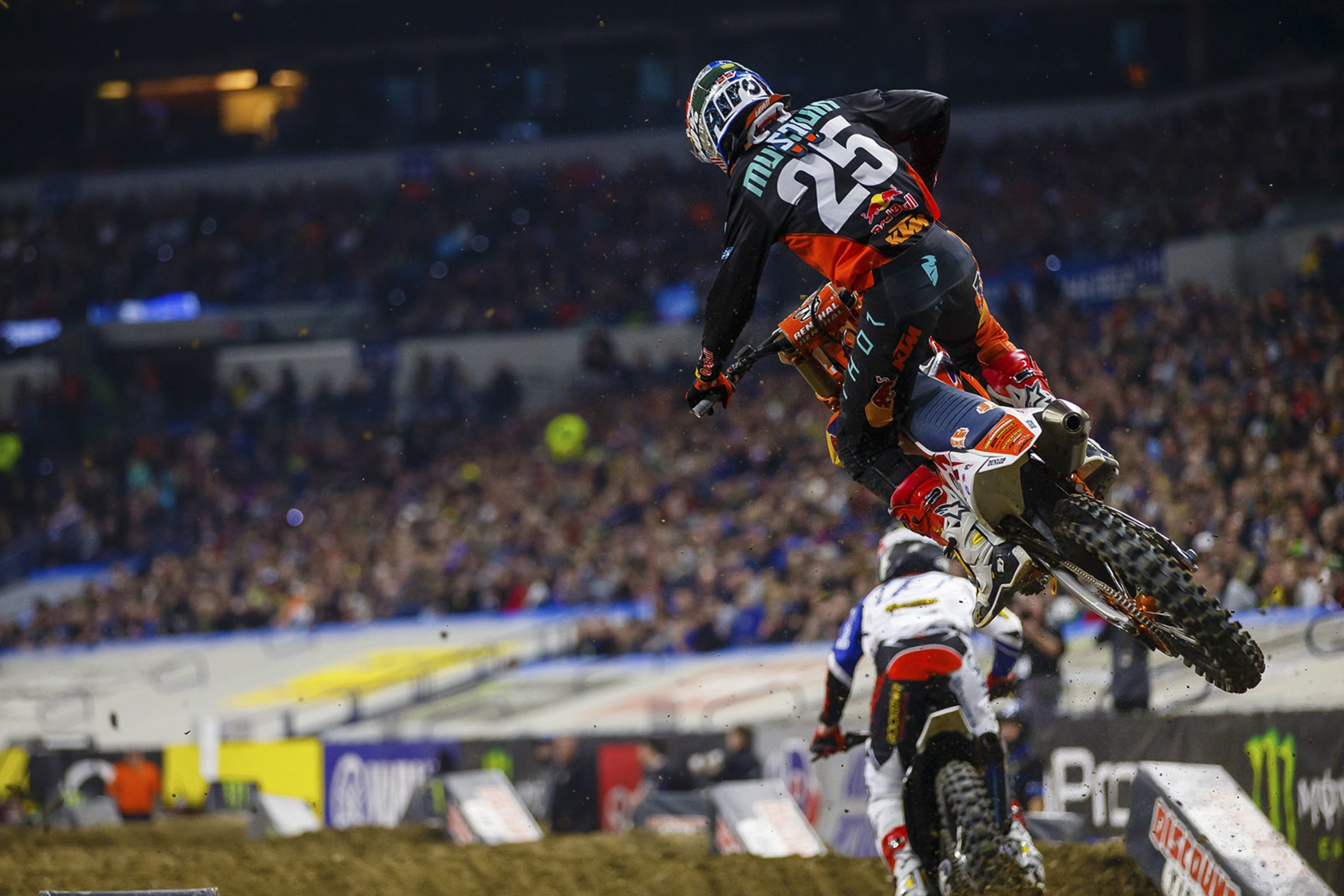 Last year, we dialed up Ryan Sipes for analysis in our 3 on 3 feature quite a bit. We enjoyed his insight, but his mind is always racing and trying to figure out a better way. After his Daytona triple challenge where he raced supercross, GNCC, and American Flat Track, he's prepping for his next events, with more supercross/motocross/off-road/flat track/extreme enduro on the menu. Yes, just like in 2018, Sipes has planned an ambitious schedule with goals of being a disruptor in a wide variety of racing series.

He's also refining the process of analyzing races for us. Sipes asked if he could pull a few small clips of Monster Energy AMA Supercross in Indianapolis so he could explain what goes on through the eyes of a racer. Sipes raced supercross full time from 2005 through 2013 and has a few wins to his credit, including an East/West Shootout victory in 2011.

You can also check out his video analysis of the Detroit Supercross from a few weeks ago here.

Enjoy this quick trip into the supercross film room with Ryan Sipes.