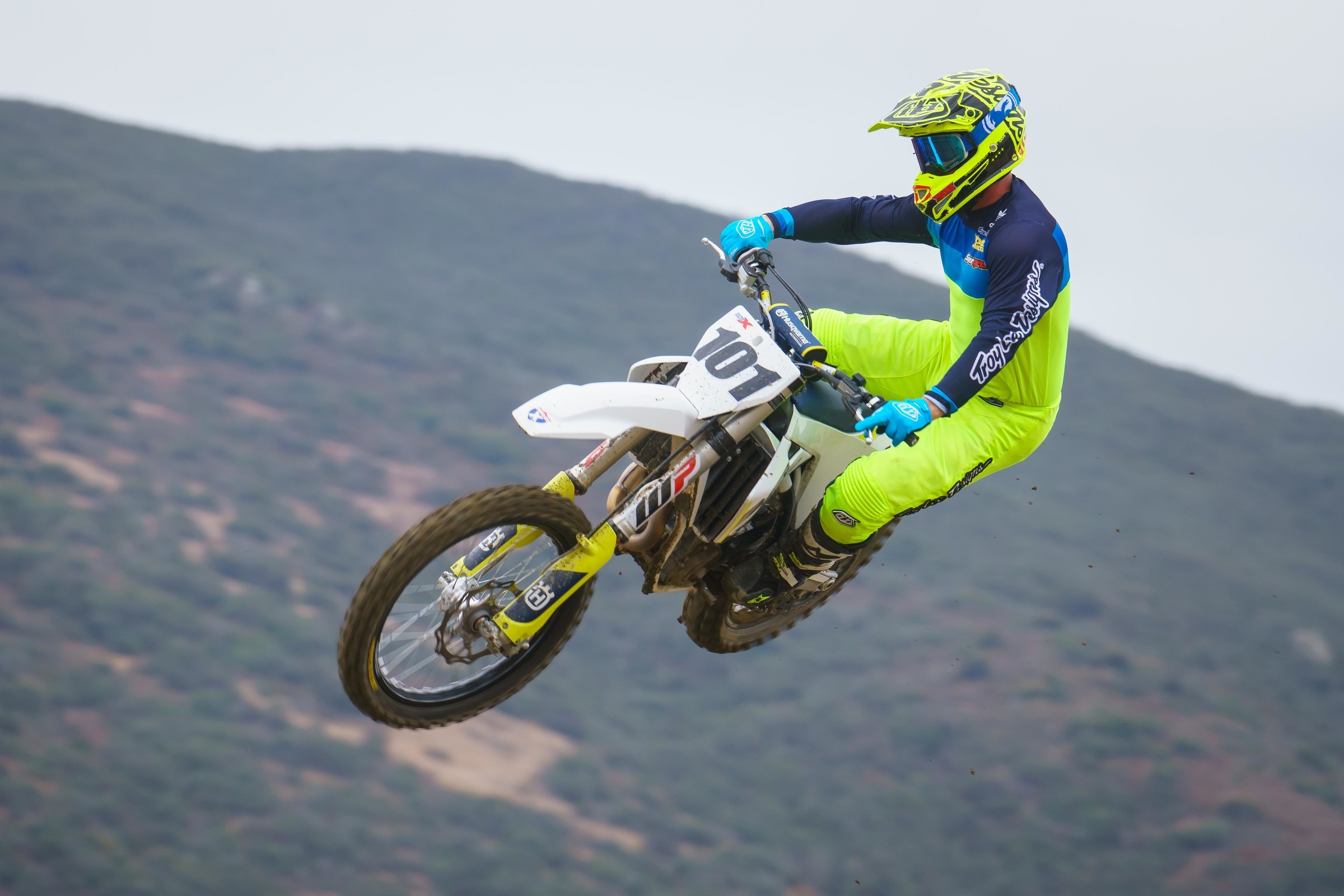 I read about the spec tire idea on Vital MX and it is the best idea ever for Supercross. They have to do something to make for better racing because it has been lame for years now. Everyone tiptoeing around the kitchen on their overdone machines trying to keep their bodies intact. The tracks suck with too many obstacles, just like the Austin Moto GP track, too many corners, no flow. Most motor racing has spec tire rules now to keep costs down, motocross needs it to make itself great again. Even "The Best Show in Racing", the AMA MX series would benefit. Let's make this happen. Soon.

Much like the spelling of your first name, this idea is absurd. First of all, 99 percent of the riders in the top 20 are using the same Dunlop tires anyway, the MX33. There are a few riders on Michelins and a couple privateers using whatever they can get a deal on and that’s it. So, for all intents and purposes we already have a spec tire rule in place. Second, supercross and motocross aren’t like road racing where the tire is a massive component that you can’t work around. Dunlop is obviously making the best product in the sport at the moment, otherwise the factory teams would use something else, but with dirt there are so many factors that change lap after lap that it isn’t as big of a factor. I’m scratching a hole in my head trying to figure out what you mean when you say the racing has lame for years now. Are you watching the same series I am? The points are super close and there are still four riders who could win this title at the halfway point of the series. If there is one thing that has made racing less exciting to watch it’s the addition of four-stroke motorcycles, but that isn’t something that is going away any time soon. I’d argue that motocross has always been great and forcing a spec tire rule will change absolutely nothing.

Gotta start with the Whiskey Throttle show… I dig how you guys always extract some tid-bits of info we haven't ever heard, or wouldn’t have otherwise; very cool, man. When you had Fro on he talked about how difficult it really is in the booth, but how much of that is the director? It seems like Ralph and RC are watching something different than we are, and it’s the director’s job to put the right feeds in front of them, not cutting away just when a pass is about to happen, and listening for crowd reaction and getting that to them. Are you privy to any info there? Now, sorry for not knowing this, but did you ever race a double header? As a racer, do you think it’s a possibility these days? It could shorten the season, giving the riders more time off, and they seemed to have good racing and wild point swings, which I'm sure could be a pain for the riders, but it’s fun for us fans....which, of course,  is the most important thing!

Thanks for watching the show, and glad you are enjoying it. Fro was right about how difficult it is when you’re trying to think of what you want to say and articulate it well with somebody talking over you in your ear. There are so many moving parts that sometimes they do miss important passes or action that’s happening away from what they have their cameras pointed toward. It’s a much more difficult job all around than folks understand. That said, this crew has been doing it for a while now and they shouldn’t be missing shots or sending the wrong part of the race to Ralph and Ricky. I’ve certainly seen some questionable moves or cutaways when a pass is imminent, but I’m not up in that booth seeing it from their vantage point so I’ll save my criticism.

As far as double-headers, the main problem with that is drawing a crowd on Sunday. Saturday night supercross is a fun event and most fans make an all-day party out of it. From pretty early in the morning you’ll find fans camped out eating hot dogs, playing games, and drinking enough beer to make a Canadian hockey team see double. But on a Sunday you lose the fans who go to church, plus the fair-weather fans who just want to go to a party, which leaves you with a few thousand hardcore fans who wouldn’t miss it.

Unfortunately a few thousand fans doesn’t make Feld’s shareholders happy. This would be a great idea for giving riders an extra weekend off but I don’t see it happening again.

Ryno was awesome on your show! You and Grant were sort of quiet afterwards; I thought you guys would be a little more blown away by him. He’s a bit of a nut but in the most inspiring way. He’s 10 times the man most of us regular Joes are. I was drinking a beer eating potato chips with crumbs falling on my belly listening to him, and he fired me up on diet and nutrition! What a great podcast. He can talk, that guy, and I think he was happy to tell his story. You guys are killing it.  My riding buddy is bugging me to go see you guys live.

I’m stoked you’ve been enjoying it. Ryno was incredibly candid and open, which always makes for a great interview. Like many of our guests, you forget just how much they’ve done in their careers and it’s really fun to walk through it with them and hear the little stories that never got told along the way. Most people would shy away from discussing their hardships in life like divorce, bankruptcy, and thoughts of suicide. Ryno isn’t most people though and, while we may not have sounded blown away, I couldn’t stop thinking about his interview for days afterwards; it was really moving stuff.

I was happy to see how much Ryan has changed over the years and how positive he is even when life is kicking him pretty hard while he’s down. That photo of him pushing his bike to the finish line at Steel City in 1995 is certainly a depiction of how he lives his life. Hope to see you at one of the next live shows.