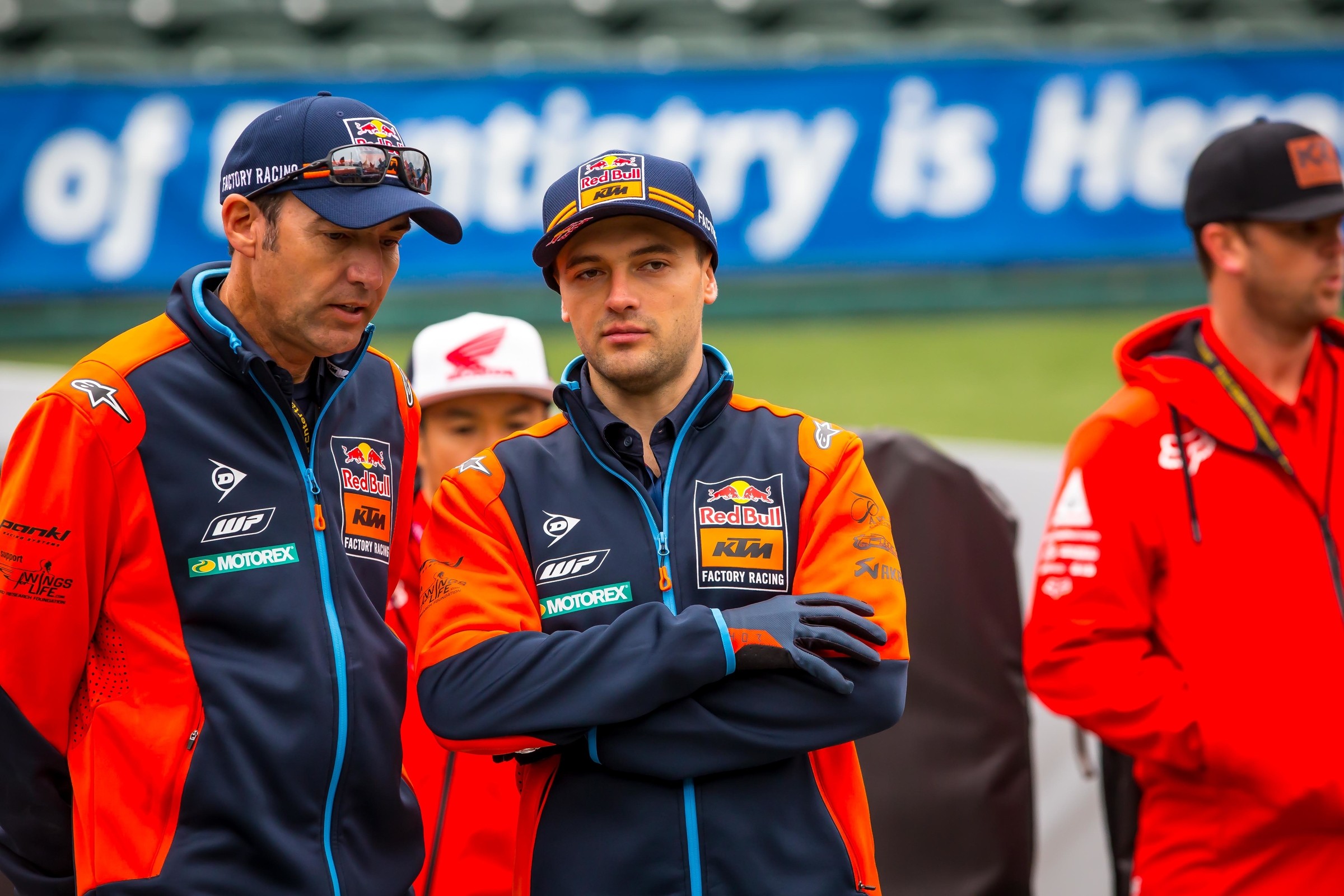 In the Mag, The Rise of Cooper Webb

"Tech Support" appears in the May issue of Racer X Illustrated. Want to give our revolutionary new digital edition a try? You can read this feature in its entirety and the entire issue for FREE. Go subscribe after reading!

Twelve minutes before opening ceremonies, Cooper Webb is still gearing up. The quick-change artist—“I don’t use knee braces”—straps on a chest protector and, with perfect timing, adds, “I’m still not puffing my chest out. I’m still not the man.”

The old Cooper Webb wouldn’t have been so humble, his shocking 2019 career turnaround providing ample trash-talk material against doubters and rivals. He’s a changed man, though.

“I got a talk from everybody when I first got here,” he says.

They’ve told him a lot.

Cooper Webb’s days in the 250 class were elevated to performance art: after watching him win, you’d stick around to hear what he said about his rivals. Trash talk is pretty rare around this sport, but Webb slapped convention, as well as his competition, in the face. That attitude was a product of several factors, Cooper citing his rugged Southern sensibilities, as well as the maturity (or immaturity) levels of the junior class in general.

It probably goes deeper, though. In his amateur days, Webb was good, but the spotlight always shined brighter on his nemesis, Adam Cianciarulo. Some believe slights left a permanent chip on his shoulder. Webb, as outspoken as he is, has never broached the subject, but his swagger has always suggested that he knows, when the big-time comes, he will be ready.

“I wouldn’t say chip on the shoulder, but pressure had no effect on him,” says Tim Shutt, who helped build Webb’s old amateur bikes for Joe Gibbs Racing. “Whatever he had to do, he’d get it done.”

Adding some angst, Webb struggled to find a home as a professional. He was backed by Red Bull, which didn’t have a natural pro pipeline for its junior riders. Teams and brands like KTM and GEICO Honda had some interest, but neither was willing to move heaven and earth for his services. Meanwhile, rivals like Cianciarulo enjoyed an easy pathway from Team Green to Monster Energy/Pro Circuit Kawasaki.

“When I was there, Bobby really wanted to win, and he would talk crap to us and get us fired up,” Webb says. “It worked for me at that time.”

The Racer X Digital Edition has been completely rebuilt, allowing readers to scroll vertically from the beginning of the issue to the end on any digital device. Gone are apps, downloads, and third-party domains in favor of a single interactive document with dynamic motion and embedded video content. A “clickable” Table of Contents is accessible with one press for immediate, frictionless access to any part of the magazine. Test ride the issue and read "Tech Support" for FREE here.