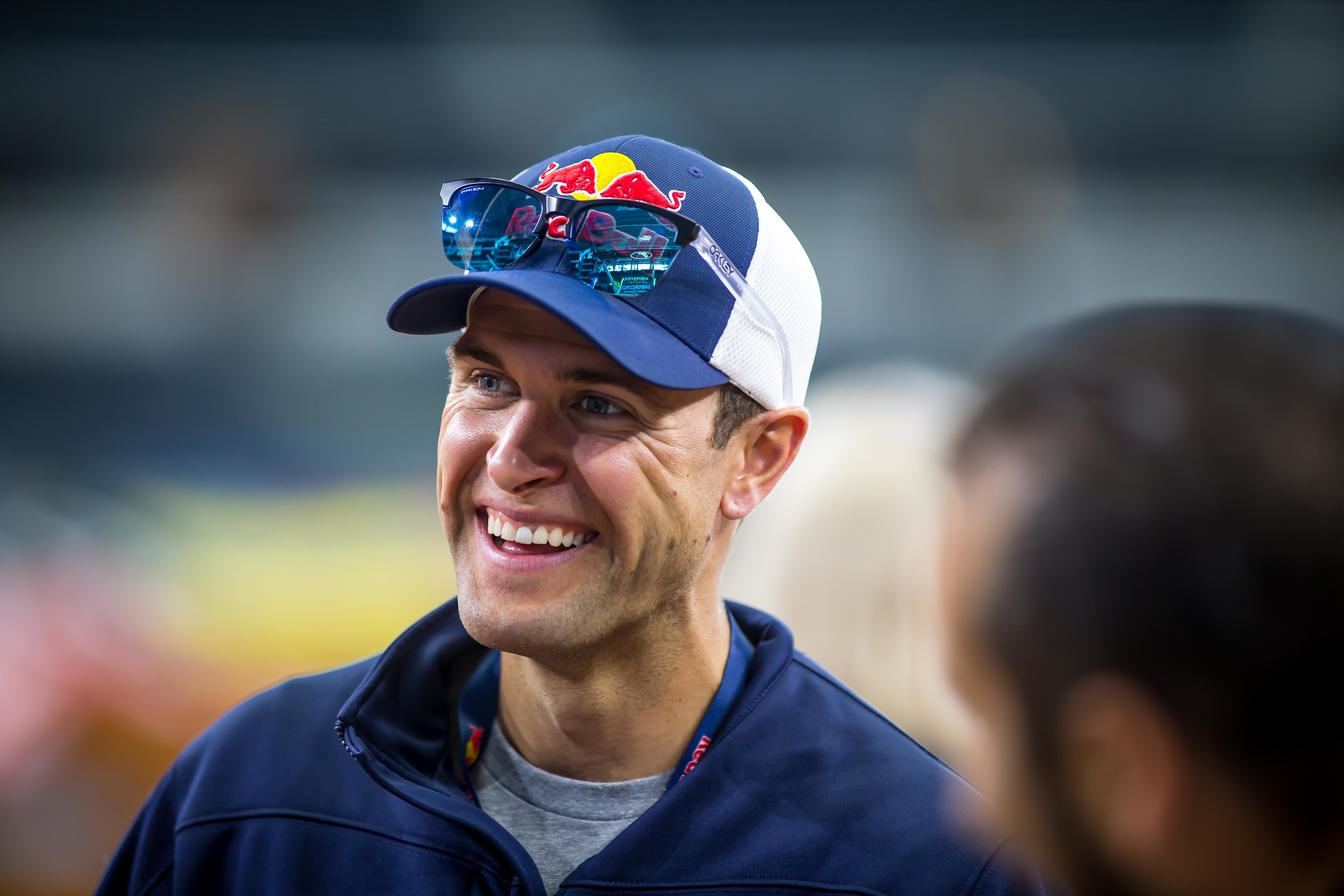 Remember Ryan Dungey? Yeah, we hope you do because the legend of SX/MX is still hanging out at the races helping out his old Red Bull KTM team and trying to figure out what’s next for him—of course, after his wife Lindsay gives birth to their first child. We had Dungey on the PulpMX Show this past Monday night and we were joined by Chad Reed for a few minutes as well. After Reedy explained that he can’t understand how Dungey retired back to Minnesota with the weather we just had there, Dungey talked about watching Reed still competeing in supercross.

“I guess when I watched the race today it did cross my mind. Like, holy smokes! Chad’s still…” Dungey trailed off there. “Actually, I was watching a race from 2011, but at the same time I think it’s awesome. It’s hard to compare people. Everybody’s so different. For me, that’s what it was. But the fact that he is out there and being able to… that motivation and the hunger is still there. If I could have still [had] that for sure I’d be out there, but I kind of lost it for me. Definitely congrats. It’s cool. Shoot, you’re an icon of the sport and people love you. Especially when you’re still up there podiuming, it’s proof that you can still do it. I’m all pumped for you, man. I hope the best.”

To which Reed responded: “Thanks, man. It’s cool. And I get it. Outdoor motocross for me, I assume that someday that’s going to happen with racing in general. That desire and that burning ‘I want to get up and pound motos today.’ That is gone. That does not… Someone asked me the other day, ‘Are you going to fill in for the outdoors?’ And I was like, I don’t know about that one. Supercross for sure, I love it, but I get it. I’m sure one day I’ll wake up and be… Maybe I won’t. I don’t know. Who knows?”

Dungey raced Red Bull Straight Rhythm last fall but other than that, it doesn’t sound like he’s been doing much riding at all. Like so many other riders that spent their entire live riding a dirt bike, it doesn’t sound like Dungey wants anything to do with testing for KTM like Trey Canard and Andrew Short have both done in the past once they were done racing.

“I actually kind of opted out of the riding and the testing. I do ride here a little bit. Nothing crazy,” Dungey said. “It was kind of hard. Like Chad mentioned, my wife and I moved back to Minnesota. I don’t have any bikes here, and there’s really not tracks close by. There’s a lot happening. So I feel like the best scenario for us was just like I didn’t like taking two months off and then going out there and testing, and then you’re trying to brush up on your skills. It just felt like more of a risk for me than it was fun, so I just kind of clipped that and decided to kind of pursue different areas of risk and developing and other areas. So it’s been good. I miss it, but you did it enough. You grew up doing it, and it’s time for other things. So I’m excited about the opportunities and so forth.”

One of those “things” for Dungey is he’s an investor in Intense Bicycles which is seeing itself go under a new business model with the OG founder Jeff Steber back running things and the brand focusing on getting the moto segment that they once owned back. So Dungey’s got that going for him and his role with KTM is working with the riders including Cooper Webb, who’s been hands down the surprise of the 2019 Monster Energy AMA Supercross Championship.

“I thought it was going to take about a year to develop, but he’s [Webb] surprised the heck out of me; just the fact that going through the off-season with Aldon [Baker, trainer], kind of like you said rebuilding himself. Then I think the biggest thing was, because once he got that first win and realized, ‘Wow, I can do it.’ You know that, the confidence and it just keeps building. It’s been really cool to see,” said Dungey, who knows a thing or two about coming out of nowhere to win a 450SX title. “And not to mention, I think a guy like Webb, I grew up through the amateur scenes watching him come through as well just as a young kid.

“He’s always kind of been one of the up-and-coming guys. You knew he was going to be good, and he was. I think just that jump to the 450’s, it’s a sensitive area. The confidence can get ruined really quick if things don’t go good right away, injuries, all this stuff. So the guy, I never really doubted him. I knew he would find his place just because he’s got so much heart. He’s always so driven. He’s really mentally strong, too. So all positive. It’s good to see.”

Funny to ask Dungey, who you know wouldn’t have liked it as a racer, about the Triple Crown format. He admitted as much saying on the show that he liked the traditional eight lap heat race and 20 lap main events from a few years ago. But Dungey admits what we all saw on the weekend was a great thing.

“If you talk to the rider every time they’re going to tell you the way they want it,” Dungey said, “but for the growth of the sport which for sure that’s important—I think that’s better. This is better, I would have to say.”

Life’s good for Dungey right now. He’s able to be at the races and be around the family that he grew to love, he’s got a great family of his own and is back in the state that he grew up in. Business interests, racing stuff, fatherhood coming—Dungey sounded like a man that is as relaxed as he’d ever been.

To listen to the show, please check out PulpMXshow.com.