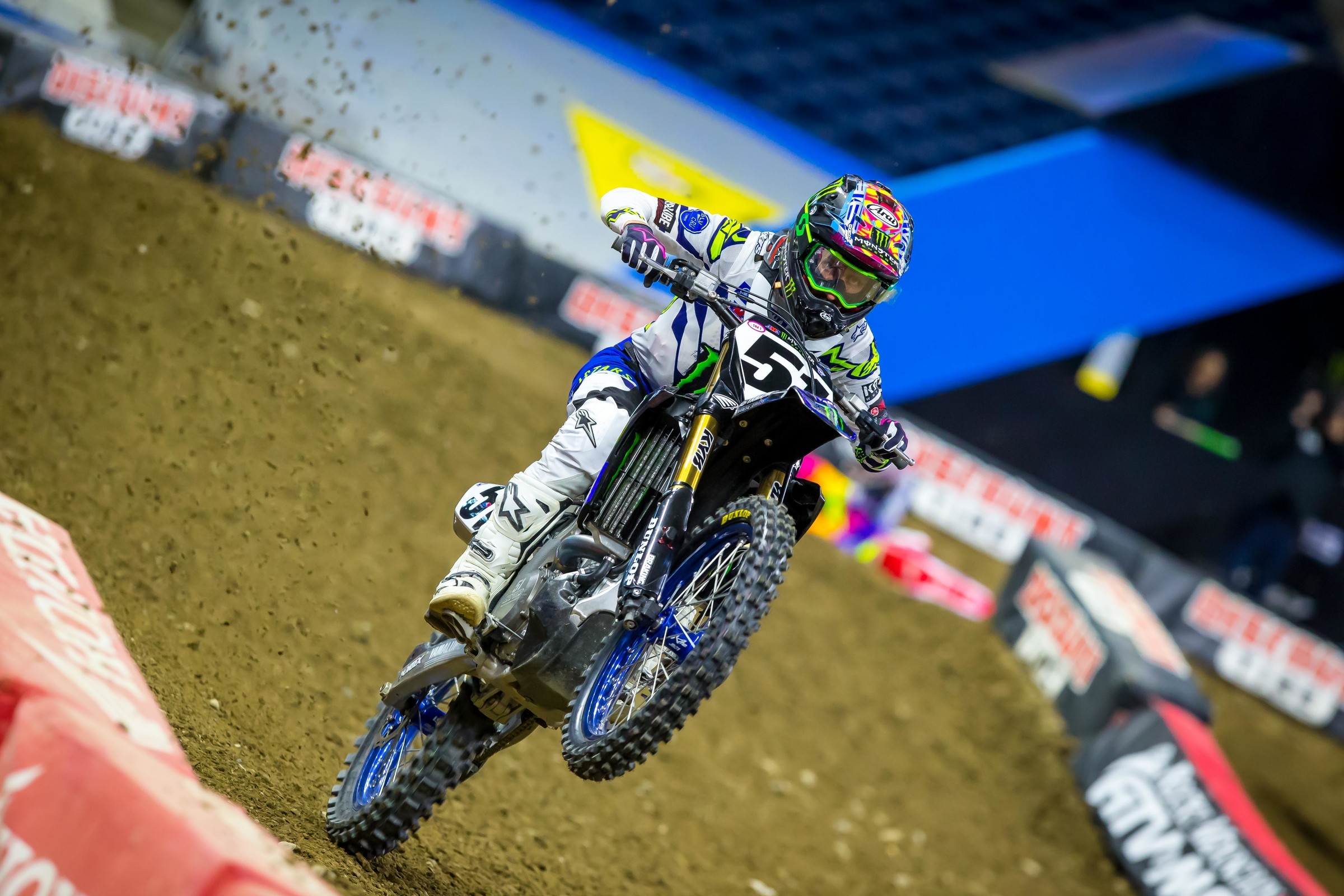 Comment: Anderson is likely out for the year after sustaining a broken arm and ribs, lacerated liver, partially collapsed lung, and back injuries while practicing early in the season.

Comment: Barcia suffered a training crash on Wednesday at his facility in Florida and is being evaluated for a concussion. Yamaha released a statement stating that due to a precautionary measure, Barcia will not race in Atlanta.

Comment: Bloss is out for the season due to a torn ACL suffered before the start of supercross.

Comment: Friese is out for the remainder of Monster Energy AMA Supercross after suffering a torn ACL in Arlington. Mike Alessi will fill in for him at select rounds.

Out wrecking shit with the wreck it himself.

Comment: Raper broke his pelvis, a pair of vertebrae, and his nose in late November. He expects to be cleared to ride again early in March. To help him get back to the races donate via Road 2 Recovery.

Comment: Tedder is scheduled to get back on the bike this week (Thursday). After he gets some seat time, he’ll have a better idea of when he can return to racing.

Comment: Seely hurt his sternum in practice in Detroit and wasn’t able to race. The team announced he is in for Atlanta.

Comment: Ames sustained a compound fracture to his left radius and ulna before the season. He also dealt with compartment syndrome and infection in his arm. It’s unlikely he’ll race this season.

Comment: Covington twisted his knee before Detroit. He hopes to be back for Daytona.

Comment: Craig fractured his thumb during the off-season. He had hoped to be ready to race for the 250SX East Region, but after racing Minneapolis he realized he still needed more time off. He later discovered he’d dislocated his thumb again and had a second surgery. There is no timetable on his return.

Comment: Lawrence hoped to be ready to compete in the 250SX East Region after injuring his collarbone before the season, but he reinjured it about two weeks before Minneapolis. He’s out for Atlanta and there is no timetable on his return.