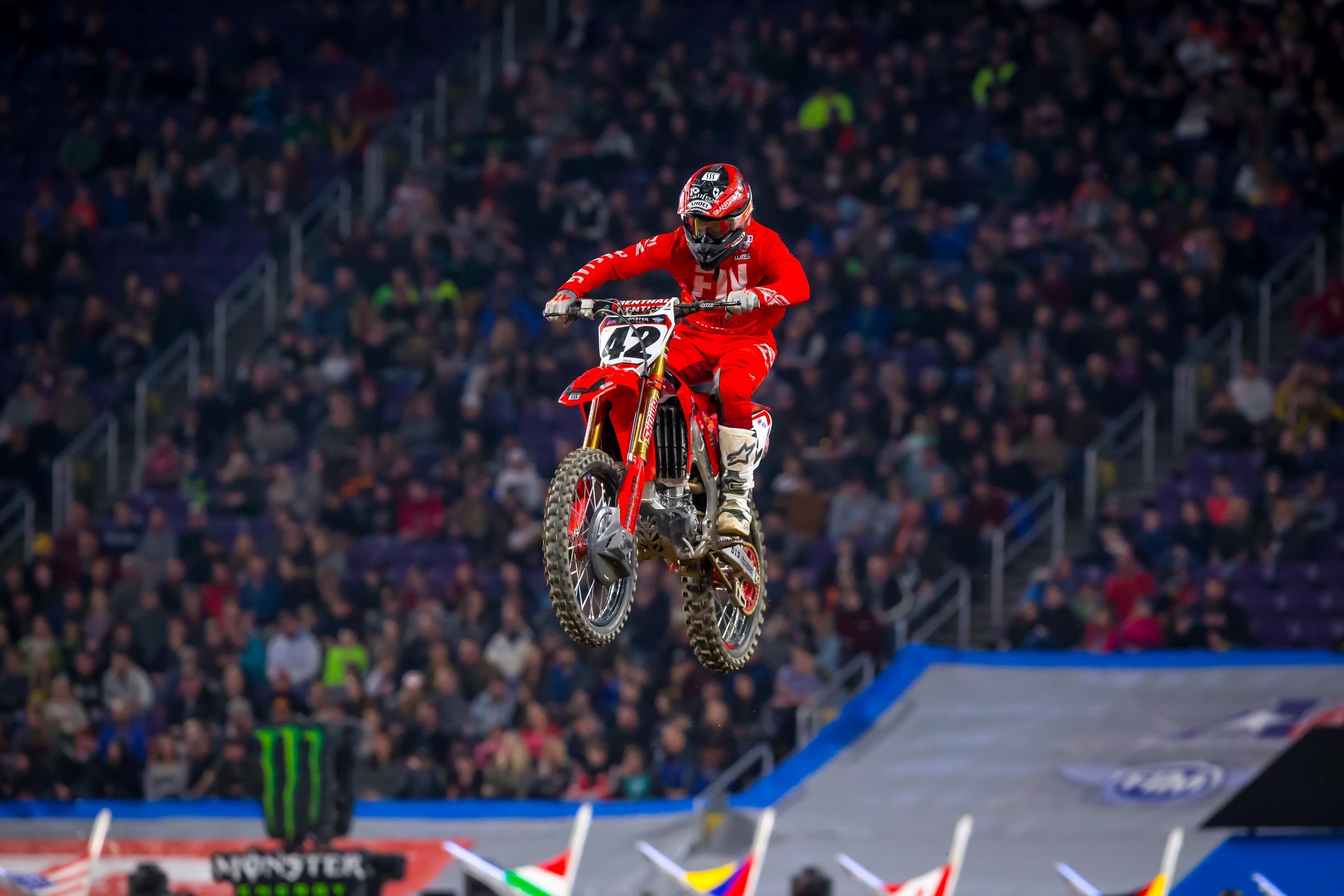 Comment: Jason Anderson crashed while practicing and sustained a broken arm and ribs, lacerated liver, partially collapsed lung, and back injuries. It’s unlikely he’ll be back for any supercross this season.

Comment: Friese hurt his knee during qualifying practice in Arlington. It’s suspected he tore his ACL, but it’s not yet confirmed. As soon as the results from his MRI are announced we’ll have a better idea of his status, but either way it’s unlikely he’ll race in Detroit.

Sad to report the #42 of Vince Friese will not be racing tonight due to an injury sustained during the first qualifying race. Fingers crossed for a quick recovery.

Comment: Peick had a bad crash at the Paris Supercross and sustained multiple injuries and has been through multiple surgeries. You can help him in his recovery by donating to his Road 2 Recovery fund right here.

Comment: Raper broke his pelvis, a pair of vertebrae, and his nose in late November. It’s unsure when he’ll be back, but you can help him get there via Road 2 Recovery.

Comment: Tedder hopes to be back at some point this season after dealing with wrist issues that have kept him out of competition in 2019. As of now it’s uncertain exactly when he’ll be back, but it won’t be in Detroit.

Comment: Stewart had surgery after crashing hard in Glendale. The team says he’s looking at a three-month recovery time.

Comment: Ames isn’t expected to race this season after suffering a compound fracture to his left radius and ulna before the season. He also dealt with compartment syndrome and infection in his arm.

Comment: Craig fractured his thumb during the off-season. He’d hoped to be ready to race for the 250SX East Region, and even gave it a go in Minneapolis. Unfortunately, the pain was too great and it didn’t go well. At this point it isn’t certain when he’ll be back racing, but the team told us it won’t be for a while.

Comment: Lawrence injured his collarbone roughly two months ago. He had planned on racing in Minneapolis but reinjured himself about two weeks before the start of the 250SX East Region. There is currently no timetable on his American debut.