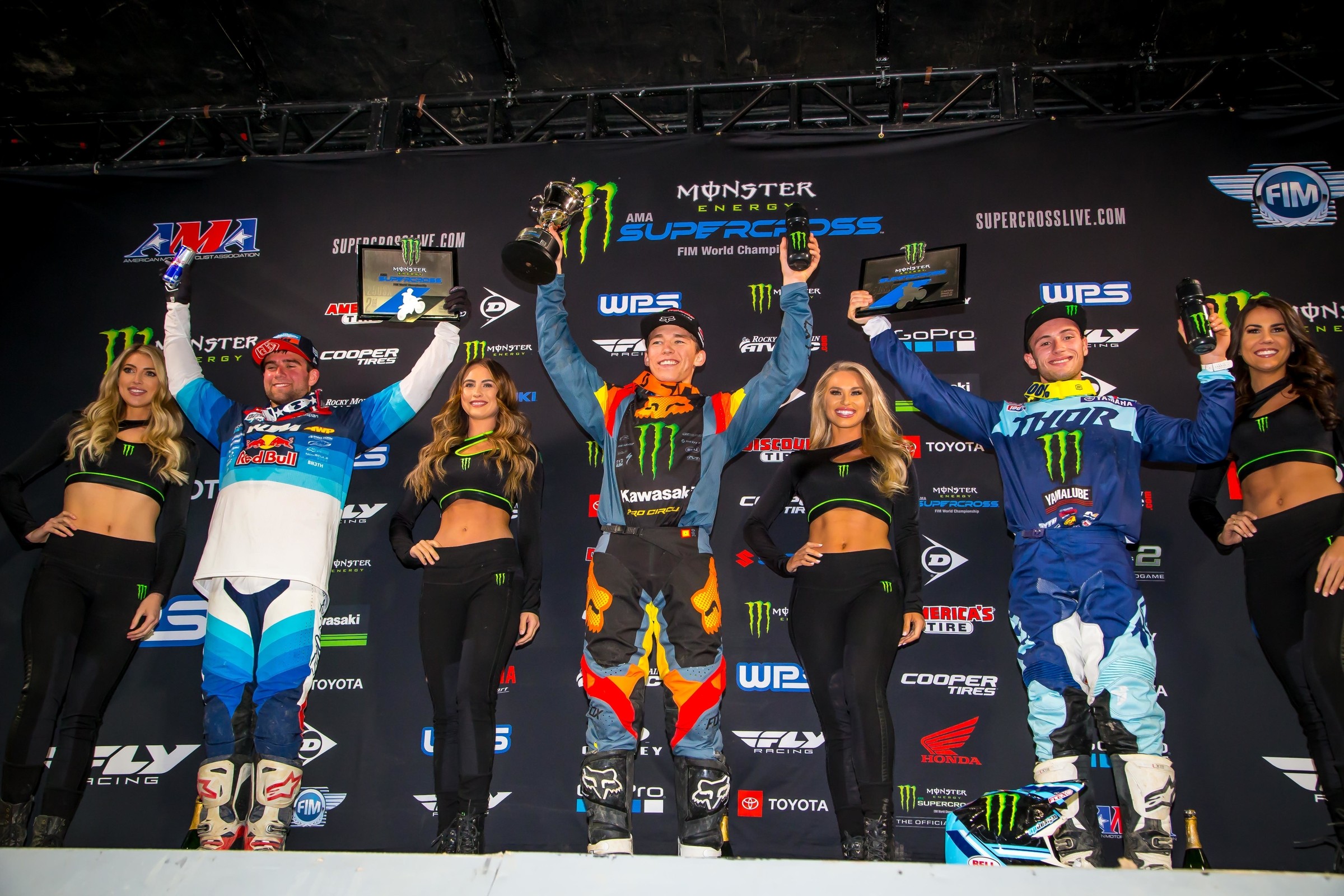 Minneapolis, Minnesota, marked the sixth round of the 2019 Monster Energy AMA Supercross Championship and the opening round of the 250SX East Region.

Red Bull KTM’s Cooper Webb grabbed his third win of the season last night and pulled within one point of new points leader Ken Roczen, who finished second. Marvin Musquin finished third on the night and sits fourth in points, two back of Roczen.

All six riders spoke with the media after the race: