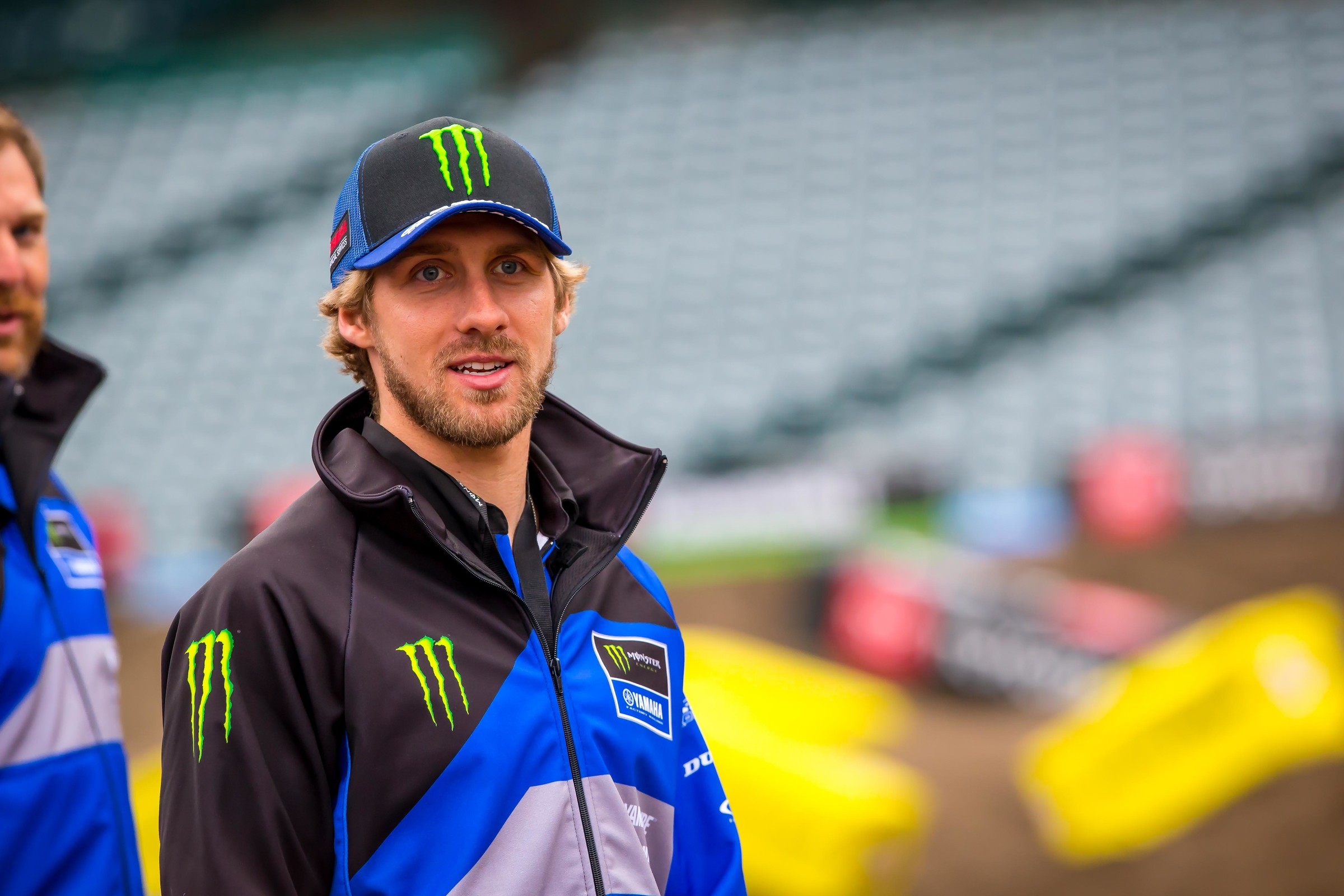 In the Mag, The Savior

"Blueprint" is featured in the April 2019 issue of Racer X Illustrated. Subscribe now to read the entire article in full. You can pick up the digital edition and read this story right now—and the cost is just $9.98 for the whole year.

To really see the metamorphosis of Monster Energy Yamaha Factory Racing and its star rider, Justin Barcia, you can’t just focus on the good. The team ended 2018 by winning the 450 Class at the Lucas Oil Pro Motocross season finale, its first victory since 2009. The 2019 season opened with Barcia winning the prestigious Anaheim opener for Monster Energy AMA Supercross. Team Yamaha was back! However, it’s more telling what happened at round two outside of Phoenix in Glendale, Arizona.

“Phoenix was like, ugh, the most difficult day ever for me,” Barcia explains. “But we learned so much that day, and we can use it to our advantage in the future. In the past, I would have been so pissed. I would have gone upstairs, tossed my shit in a bag, and left without talking to anyone. So instead of being that guy, use the bad night and make a positive out of it.”

Working together, staying positive. It’s led to the rebirth of Barcia’s career—and Yamaha’s factory effort as a whole.

In Arizona, Barcia and his teammate Aaron Plessinger were not comfortable on the hard, slick desert surface. The team dug through video to find the solution, but it didn’t come.

Barcia did his best to salvage a sixth in the main event. He found a positive, though: the data collected through the struggles will make their next hard-pack performance better. Also, in past years, Barcia admits, “I would have over-ridden the bike more, and then I probably would have gotten arm pump and thrown it all away.”

“When things go wrong, he’s the leader who points us forward and says, ‘C’mon, guys, we’re going this way,’” team manager Jim Perry says. “It affects everyone under this tent.”

This isn’t the way Barcia has always been seen. But his maturity has met this team at just the right time.

“I’m sure in 2013 he was the young punk over there at Team Honda, and they were dealing with that!” Perry says with a laugh.

“It definitely comes with age and experience—and going through difficult times,” Barcia says. “Coming in as an underdog fill-in guy with this team taught me a lot of respect and that if we worked together we could do a lot better. I’ve learned a lot in my career. I wish I knew what I know now years ago.”