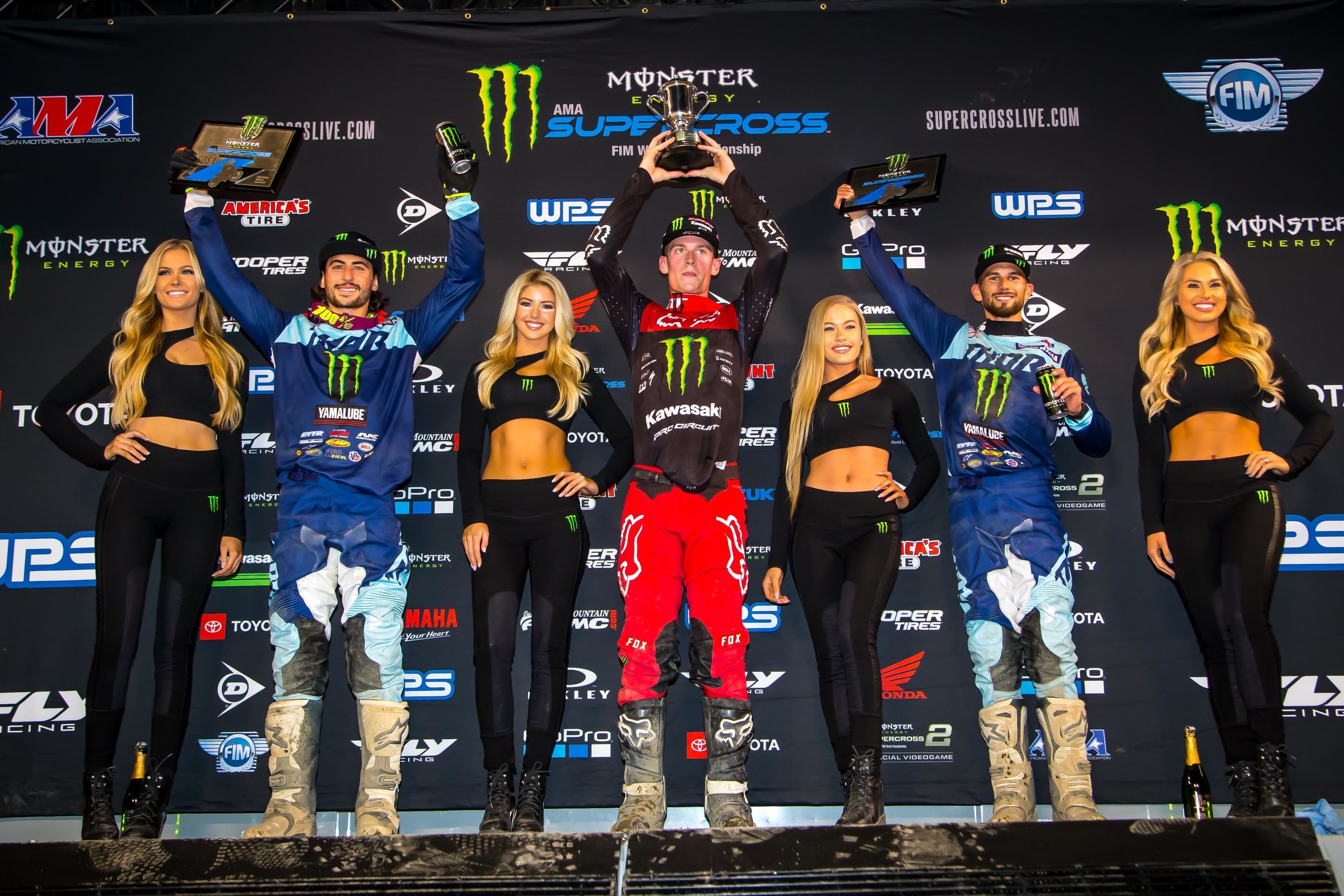 Monster Energy/Yamalube/Star Racing Yamaha's Dylan Ferrandis finished in second and his teammate, points leader Colt Nichols, rounded out the podium. Nichols is the only rider in either class to be on the podium all four rounds.

All three rides spoke with the media after the race.