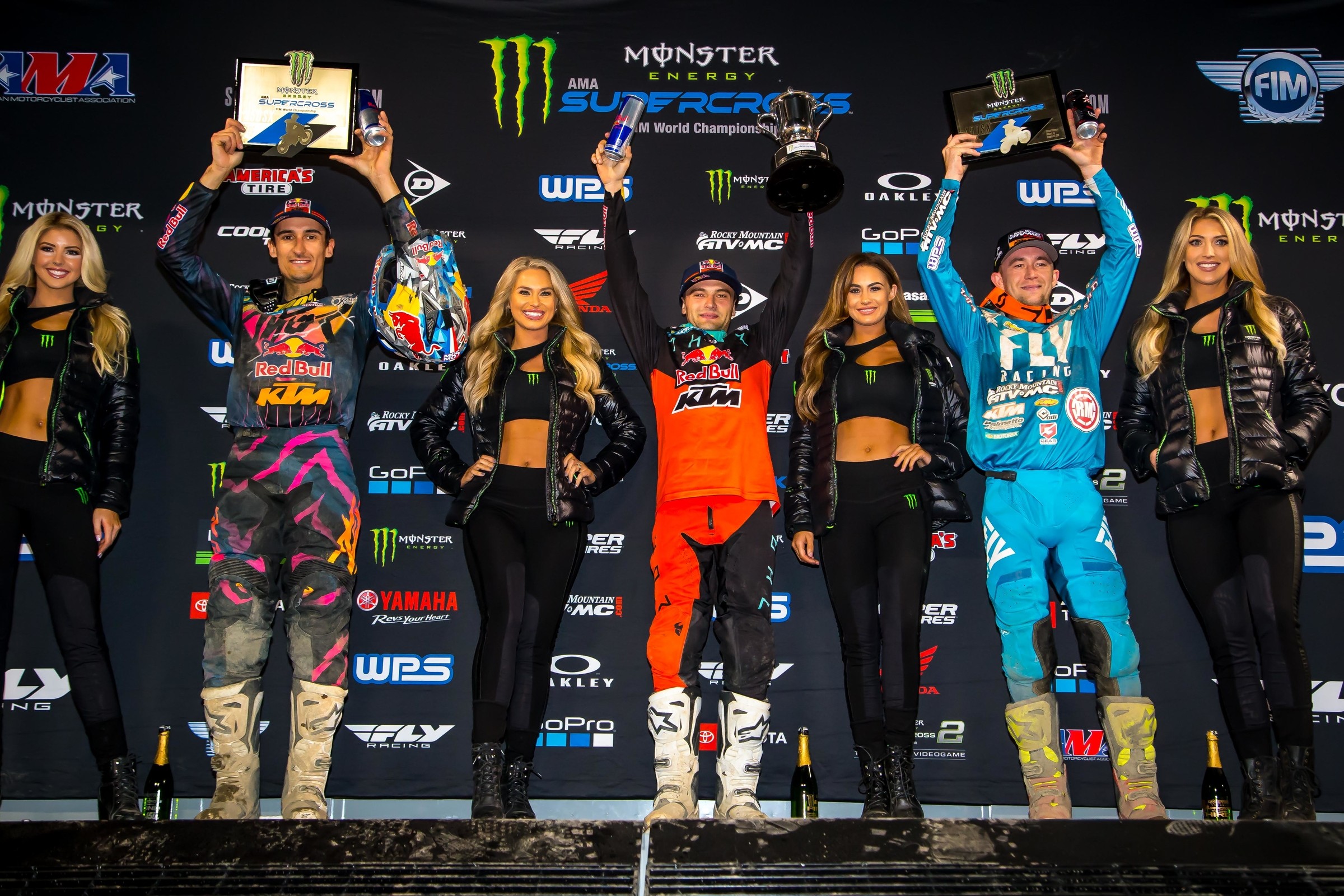 The Conversation Webb, Musquin, and Baggett

Red Bull KTM’s Cooper Webb became the first two-time 450SX winner in 2019 Monster Energy AMA Supercross when he captured the main event win at Oakland on Saturday. With his victory, Webb now takes over both the points lead and red plates from Ken Roczen.

Webb won his second career 450SX only a week after winning his first. His teammate, Marvin Musquin, finished in second and Rocky Mountain ATV/MC-KTM-WPS' Blake Baggett rounded out the podium.