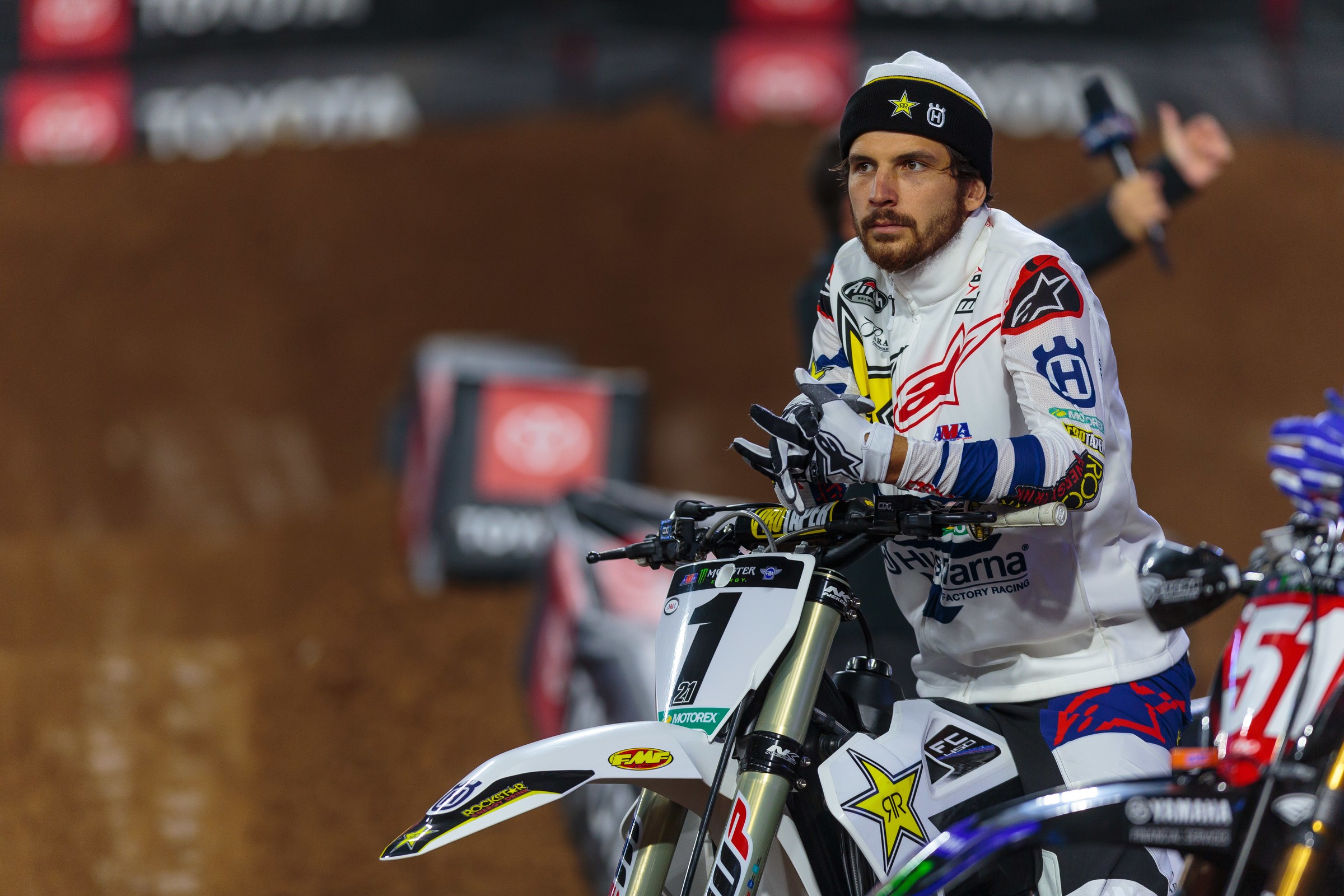 Comment: Monster Energy AMA Supercross will be dropping the gate for the foreseeable future without reigning 450SX champ Jason Anderson, who broke his arm in two places and suffered a broken rib while practicing this week. Anderson underwent surgery and is expected to miss at least eight weeks. His return to racing will be determined at a later date.

Comment: Justin Barcia crashed hard last week, badly bruising his tailbone in the process. X-Rays and scans showed no fractures. He'll try to tough it out this weekend in Oakland.

Comment: Bloss is out for the season due to a torn ACL. He’s working toward being ready for the Lucas Oil AMA Pro Motocross Championship.

Comment: Bisceglia missed round three after sustaining a concussion during practice in Glendale. He’s back for Oakland.

Comment: Osborne is looking to be back on the bike in roughly a week after a preseason crash resulted in a bent plate that had been on his collarbone for years. His recovery is going well and should be able to get back racing before long.

Comment: Peick is on the mend after a terrible crash at the Paris Supercross resulted in major injuries and required multiple surgeries. To help with his recovery check out the Road 2 Recovery.

Comment: Raper broke his pelvis, a pair of vertebrae, and his nose in late November. There is no timetable on his return. To help him through Road 2 Recovery, click here.

We have a newish site. Sign up for our newsletter and never miss the updates you love.

Comment: Stewart underwent surgery after breaking his femur in Glendale. He isn’t expected to rejoin the racing ranks in the near future.

Comment: Tedder has undergone multiple surgeries to fix issues in his wrist he’s been dealing with for quite a while. He hopes to be back riding in mid-February and racing a few weeks after that.

Comment: Ames suffered a compound fracture to his left radius and ulna before the season. Compartment syndrome came next, and later, an infection in his forearm. He’s not expected to race in the near future.

Comment: Craig sustained a Bennet Fracture in his thumb before the season and is working on being ready for the start of the 250SX East Region.

GARRETT MARCHBANKS - BANGED UP | IN

Comment: Marchbanks had a big crash last weekend in the Triple Crown. Luckily his team is reporting he's looking comfortable and is in for Oakland.

Comment: Martin is out for the year due to a burst fracture to his vertebrae sustained last year at Muddy Creek. A surgery to replace the hardware in his back last week was successful.

Comment: Merriam has been dealing with a back injury for a few weeks. On Instagram he posted that he’s been trying to push through it, but it’s only getting worse. Currently there’s no timetable on his return, but it’s expected to be at least a few weeks.

Comment: Sexton injured his collarbone on a mountain bike before the season. He’s back riding and is preparing for the start of the 250SX East Region.